Breet is Back: Return of an Olympian 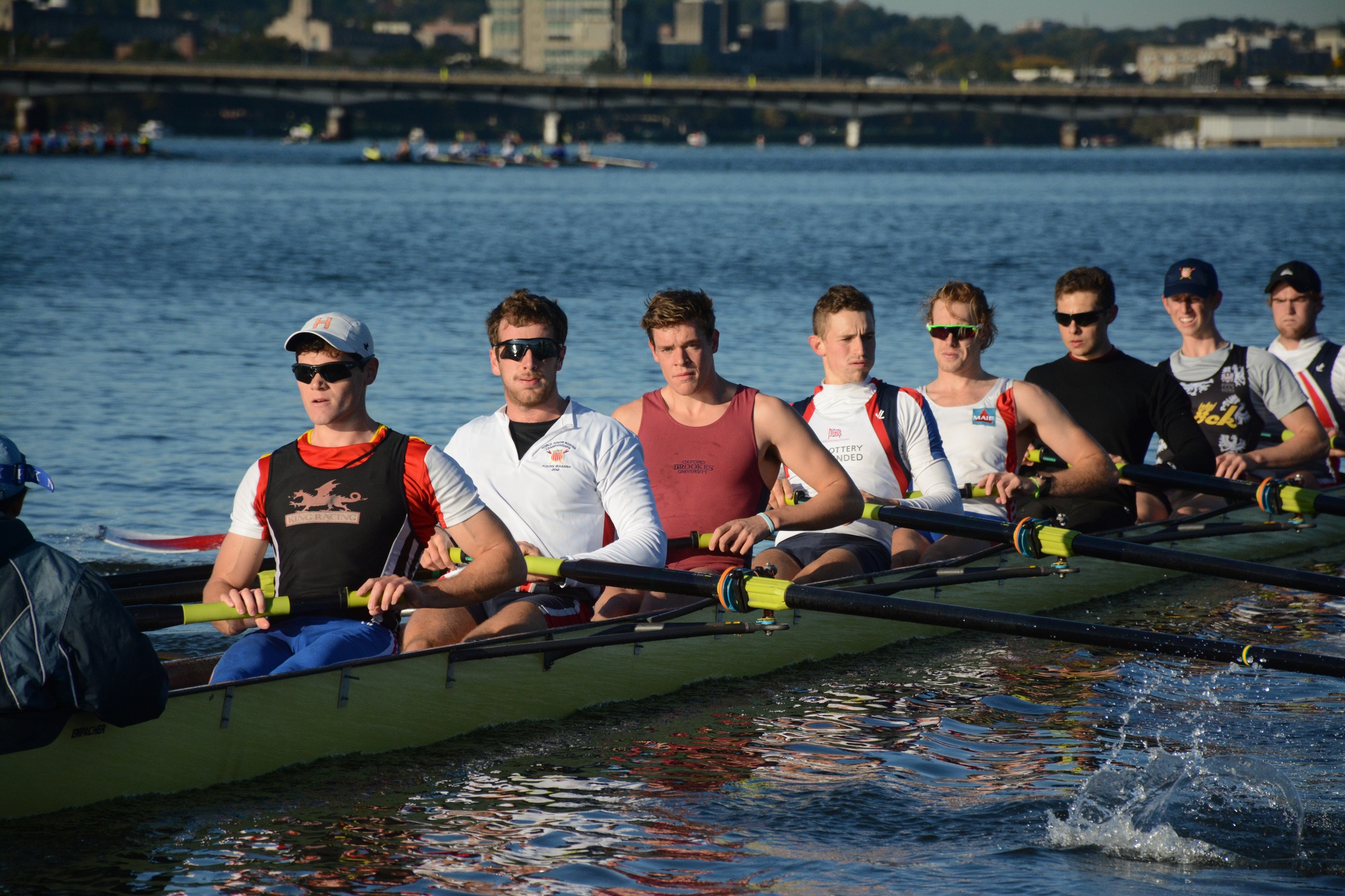 Vincent Breet once again suits up for the Crimson heavyweights.
By Spencer R. Morris, Contributing Writer

Growing up, every sports fanatic has undoubtedly fantasized about his fair share of glorious moments: hitting a walk-off home run in the World Series, running through the finish tape at a marathon, or netting the game-winning shot at the buzzer. Among those victorious images, competing in the Olympic Games almost always stands out as the pinnacle of international athletics.

Flash forward to Rio de Janeiro, summer 2016. Harvard junior Vincent Breet found himself living that dream, powering through the Lagoa Rodrigo de Freitas alongside three fellow South Africans and vying for a medal in the most prestigious competition in all of sports. The opportunity to live out his dream—representing his country doing something he loves—did not come easy. Vince’s path to the Olympics began in 8th grade, when he picked up the sport of rowing to satisfy his school’s athletic requirement. Despite his family history in water sports, in particular swimming and water polo, Breet decided his abilities were best suited for an on-the-surface activity.

“I wasn’t very good for the first two or three years,” Breet was quick to admit, “but [I] just put in the work.”

As Breet’s crew career took off, he began rowing for his high school, St. Benedict’s College, and found great success there. In 2010, he wet his feet in international racing, representing his homeland at the World Junior Championships in the Czech Republic. After falling victim to some startling competition and placing 10th, Vince transitioned to a smaller boat class by 2011 and subsequently and was accepted into Harvard later that year.

“I had eight months to kill before my freshman year started, so I decided to try out for the under-23 team… as an 18-year old,” Breet remembered fondly.

Rowing for the U23 team in 2012, the summer before his freshman year, Breet established a familiar pattern: wherever he rowed, he always seemed to precociously over-perform for his age. Breet grew accustomed to overcoming adversity, whether rooted in age or lack of experience in the limelight, and this underdog mentality has seemingly followed him everywhere in the sport of rowing.

“Even in Rio, we were by far the youngest boat on average,” Breet acknowledged. “And I’m always one of the youngest on the start line.”

By the end of 2014, qualifying for Rio became a serious possibility for Breet, and in order to focus purely on rowing, he decided to temporarily pause his Harvard life for three semesters while he pursued his dream of representing his country in the Olympic Games.

“Probably after my sophomore year when we came in third at the World [Championships], Rio became a very realistic goal,” Breet said, “We had beat previous Olympic medalists and had set ourselves up to do well.”

Breet’s Harvard teammates were not particularly shocked at his decision to step away from school and focus on rowing.

“[Breet] is obviously a very top talent. I think everyone assumed the Olympics was on his mind,” said Harvard heavyweight crew captain Chase Buchholz. “It wasn’t a big surprise to people when he decided to take time off to train for it.”

After roughly a dozen Rio hopefuls were narrowed down, Breet remained as a member of South Africa’s fastest foursome and secured his spot on the final boat that would attempt to qualify for the Games. While this feat alone is a massive achievement, it was only the beginning of a long and winding road for Breet as summer approached. Long stretches of intensive training presented the challenges of injury, fatigue, and monotony:

“For [Breet, training] definitely was not an easy process, and he worked through a lot,” Buchholz recognized.

Breet’s boat actually missed qualifications in the traditional Olympic sense, whereby the top 12 finishers in the previous year’s World Championship race gain automatic bids to the Games. With its Olympic future in the balance, the South African rowing team made some modifications to the boat: two rowers from the previous year were replaced by fresh faces, and Breet’s team luckily managed to late-qualify in the spring of 2016—just mere weeks before the athletic festivities were set to begin in Brazil.

“Our run-up to Rio was pretty turbulent,” Breet conceded. “[Our team] subbed in two new guys, so we had an entirely new boat…. We were very much the dark horses on the scene…. I’d argue that the Games were very much our first proper race.”

The late scramble to qualify, not to mention the last-minute roster changes, presented unique and unforeseen challenges, especially psychologically, for Breet’s South African team. Nevertheless, Breet and his fellow South African rowers, all Olympic rookies, embraced the familiar role of the underdog:

“At the games, we improved day-to-day,” said Breet, applauding his team’s resiliency. “The nice thing is that because we were unknown and had no expectations, the expectation at the beginning was for us to come in last, and we readjusted that every day.”

The South Africans’ path to the medal race had “dark horse” written all over it, but to the credit of the team, this was methodically planned: Breet and company availed themselves of the repechage, a unique opportunity during which teams that lose their initial heat can earn a spot in the semi-finals by placing in a “redemption race” of sorts.

“Our intention was to go into the [first] heat really tired,” Breet said, elaborating on his team’s strategy in Rio, “and sort of peak later in the week for our semi-final…. You need to do well through the beginning stages but then really well in the later stages.”

Following a repechage victory coupled with a strong semi-final performance, Breet found himself lining up to race for an Olympic medal—the childhood fantasy was actually playing out in front of his very eyes.

“Our motto is you only need a boat and a little bit of water to row,” Breet said, reminiscing about his team’s flexible attitude.

Breet’s Rio experience was nothing short of memorable: overcoming unanticipated obstacles, genuinely contending for a medal, and donning the green and gold with the utmost honor. And yet, the Games came and went. Before he knew it, Breet, one of three Harvard undergraduates to have competed in Rio, was on his way back to the U.S. to resume his studies, albeit without a medal.

It seems as though Breet, the precocious Olympic dark horse and near-medalist, has returned to Cambridge with an extra layer of world perspective. He noted that his two years away from school have allowed him to appreciate life’s big picture and handle the day-to-day stress more effectively than the pre-Rio Vince.

“I would say I’m having a lot more fun here on [the Harvard] team,” Breet noted. “I have a lot of advice to offer…. I’ve become the sounding board for [Coach Butt].”

The Harvard heavyweight crew team is excited to have Breet back on the team, as they look forward to picking Breet’s brain this season.

“We really benefit from [Breet] translating that hunger for winning and coming so close [to medaling] into coming back to the team,” Buchholz said. “He’s taken a leadership role, bringing all of his experience from training through an Olympic cycle and racing in an Olympic final.”