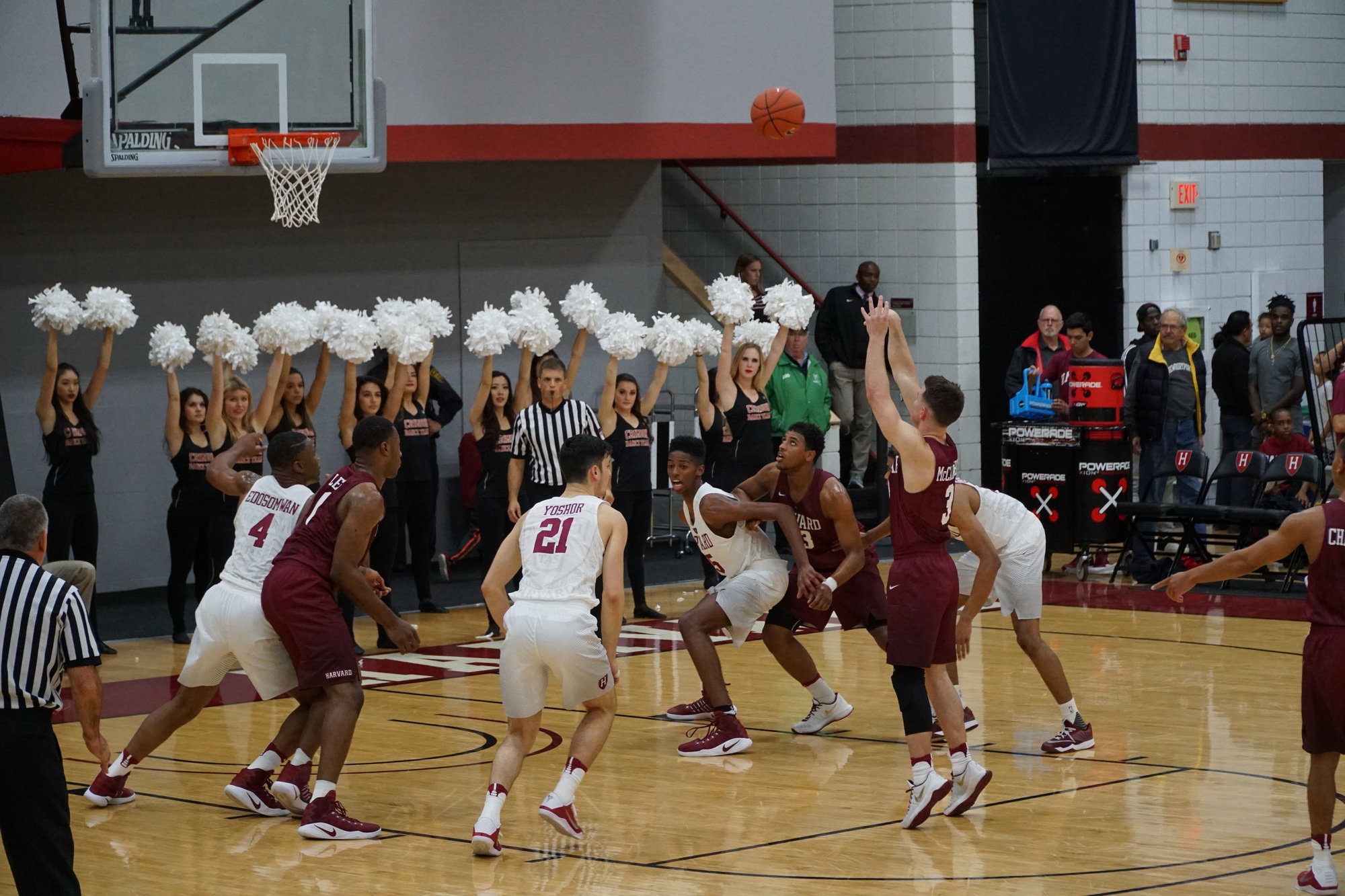 Sophomore point guard Tommy McCarthy, here shown shooting a free throw, might see his playing time go down due to an increased depth at the point.
By David Freed, Crimson Staff Writer

As the Crimson prepares for its season opener against Stanford, David Freed recaps the last season for each of the players on this year’s team and discusses the important season goals for each student-athlete. In this article, he discusses the recent progression and the relevant next steps for sophomore point guard Tommy McCarthy.

Sophomore point guard Tommy McCarthy, here shown shooting a free throw, might see his playing time go down due to an increased depth at the point. By Ryosuke Takashima

Sophomore Tommy McCarthy was thrust into the fire from the opening whistle of the year. Originally expected to back up Chambers, McCarthy was given the starting role when Chambers suffered an ACL injury in the offseason and elected to leave campus to preserve his eligibility. The Southern California native’s job got that much harder when, in the season’s second game, presumed backup junior Matt Fraschilla went down with an ACL tear himself.

McCarthy struggled initially, making over half his shots just twice in the first two months of the season. In the season's third game against UMass, he missed all 10 shots and had five turnovers against just one assist. When he followed that up with five turnovers and no assists against Boston College, Harvard coach Tommy Amaker called out the freshman in the ensuing press conference.

As the year went on, the rookie improved. He never found his groove inside the arc but made 41 triples on the year at a 36 percent clip. He cut down on his turnovers (finishing with more than four just once in Ivy League play) and before going down with a concussion in the season's penultimate week of practice, averaged 19 points and 5.5 assists in helping Harvard split a road matchup with the Gentleman's C's.

Going into next season, there are three main areas McCarthy can improve in:

1.On-ball defense — The team's guards were called out multiple times in postgame interviews by Amaker for their inability to keep their opponents in front of them on the perimeter, and McCarthy was a chief culprit. If the sophomore can nail down his defensive assignment, he will have a better shot of fighting off freshman Bryce Aiken (see below) and securing the backup job.

2.Finishing at the rim — The freshman shot under 32 percent inside the arc last season and struggled to finish over bigger bodies in the paint. Put simply, that is a perilously low mark.

3.Taking care of the ball — Throwing the ball away on offense frustrates Amaker more than anything else in his point guards. McCarthy, who got in trouble throwing long outlet passes over the heads of his streaking teammates, can be more effective by being more patient.

McCarthy's future with the team is unclear. As discussed in more detail here, McCarthy finds himself in a bit of a trap. Chambers, the three-year starter, is returning from a year off as the presumptive starter at the position, with four-star recruit Aiken looming as a threat for the backup job. As if that wasn't enough, captain Corbin Miller '15-'17 spent time at the point last year and Fraschilla is back as well, meaning that any minutes that McCarthy gets will have to be well-earned.

That said, the sophomore should be penciled in as the backup going into the offseason. He is more dynamic than Miller (albeit a slightly worse shooter) and, if he cuts down the turnovers, can thrive as an off-ball slasher alongside Chambers. He will struggle to fend off Aiken, who already profiles as a better on-ball defender, but will have an edge by virtue of Tommy Amaker's reluctance to give freshmen substantial playing time.

One thing to watch for McCarthy is whether Amaker shows himself to be more open to going small in 2016-17. Historically the coach has liked to play two-big lineups for defensive reasons, spacing be damned. With the exception of the 2012-2013 season, when Harvard's four-out lineup sparked it to the Ivy title, this hasn't been a problem, as Amaker has had the personnel to play two big men effectively. With a green frontcourt next season, he may not, but if he chooses to stick with it, sophomore Corey Johnson and junior Andre Chatfield will soak up almost all the minutes at the two. This limits the potential for two point guard lineups that would give McCarthy a greater chance at the floor and could be a ceiling on his participation in the offense.