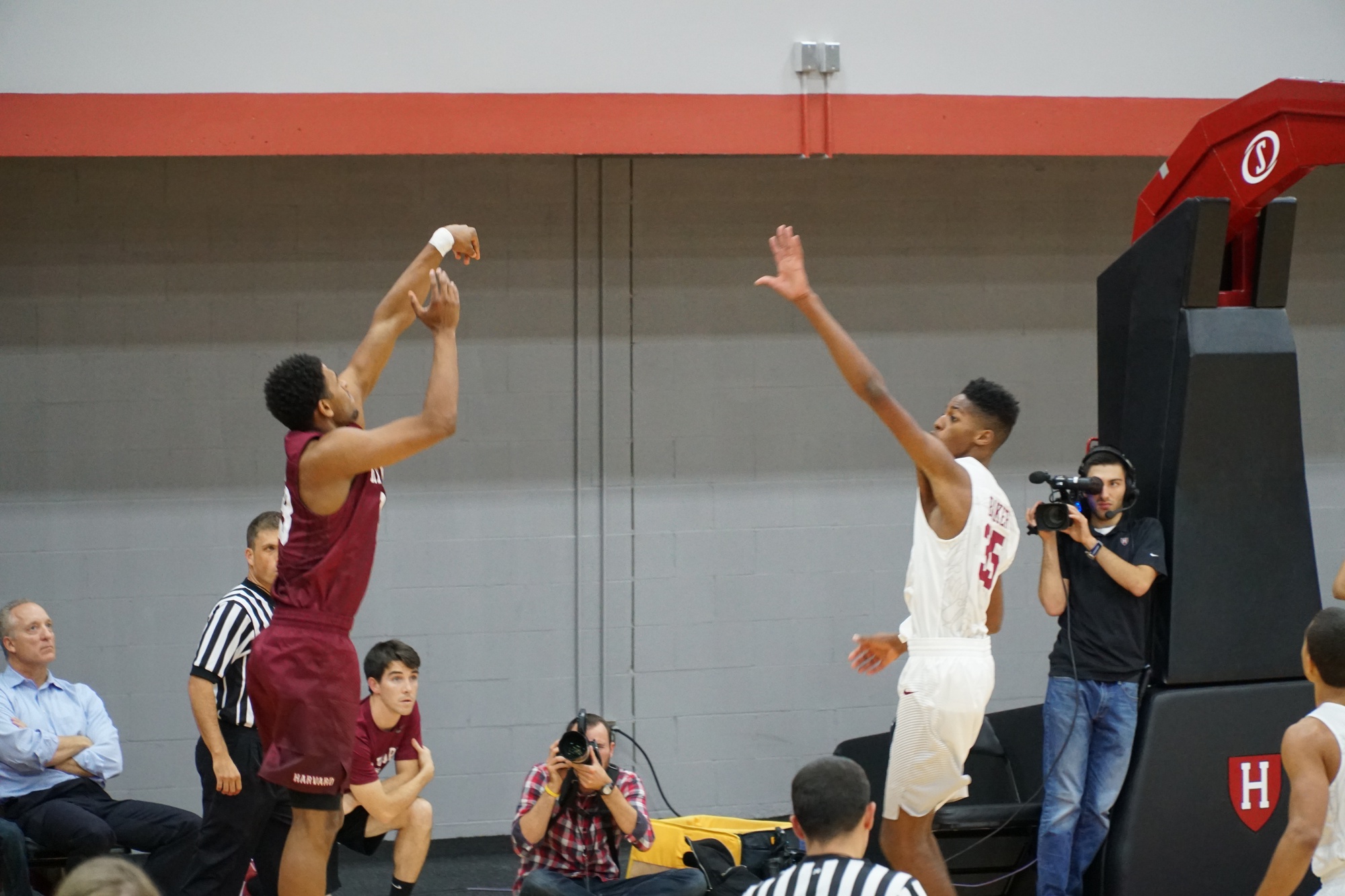 As the Crimson prepares for its season opener against Stanford, David Freed recaps the last season for each of the players on this year’s team and discusses the important season goals for each student-athlete. In this article, he discusses the recent progression and the relevant next steps for sophomore forward Weisner Perez.

Perez's freshman year stats (2.6 points and 2.2 rebounds a game) do not leap off of the page. In contrast to classmates Tommy McCarthy and Corey Johnson, who started nearly the entire season, he played 20 or more minutes just once, scoring a season-high 15 points against No. 4 Kansas in December.

Yet, it was the contest against the Jayhawks that gave an indication as to what Perez could be for the Crimson. The freshman earned a reputation as a scrapper in limited playing time, competing hard on the offensive boards and showing deft touch from the midrange. His 13 rebounds in 18 minutes against Ryerson demonstrated his ability to bang with bigger players, and his rebounding rate was comparable to what All-Ivy center Zena Edosomwan put up in his first two years.

All the rebounding prowess in the world didn't earn Perez much court time, however. Stuck behind three seniors in the frontcourt rotation, his struggles grasping the intricacies of Amaker's complex defensive scheme limited his playing time in Ivy League play. The freshman saw more than 10 minutes just four times in 14 league contests, with defense largely the culprit.

With a murky future (see below), Perez can focus on a couple of important areas in preparation for the upcoming season:

1.Expanding his range — In his first season, Perez rarely stepped behind the three-point arc, making just three triples all season. He preferred to operate from the deep midrange, but if he can expand his range to the three-point line, he could give Amaker the coach's first true pick-and-pop threat since Kyle Casey '13-'14, something no other forward on the roster can claim to offer.

2. Speeding up the footwork — When Perez struggled on defense, it was often because he got stuck out of position, coming up too high against an opposing pick-and-roll. Since his size deficit (Perez is just 6'6") won't change overnight, he has to be quicker to be a more effective defender

There is only one constant in next year's frontcourt for the Crimson: Edosomwan. After a breakout junior season where he was the focal point of the offense, the senior is certain to be a big offensive and defensive focus for the Crimson this year. Foul trouble limited his minutes in 2015-2016, but Amaker will likely expect him to play upwards of 30 minutes a game at the center position next year.

Behind him, there are no clear answers. Junior Chris Egi got the majority of the backup minutes this year but didn't show sufficient offensive touch to have the job locked up for next year. A trio of freshmen four-star recruits come in to challenge for the job and all come with higher offensive praise than Perez did as a freshmen.

Amidst this chaos, Perez can find his groove as a change-of-pace small-ball four. It is unlikely that he can play alongside Edosomwan for long stretches against every opponent, but he is a valuable counterbalance to the junior. If his jumper improves, he will be the only forward that can punish teams who double Edosomwan inside and the two together would be a force on the offensive glass.

Whether Perez can realize this vision of himself in an offseason is yet to be seen, however. Most likely he will compete with Egi to be the backup to a freshman starter alongside Edosomwan, a battle he can certainly win.