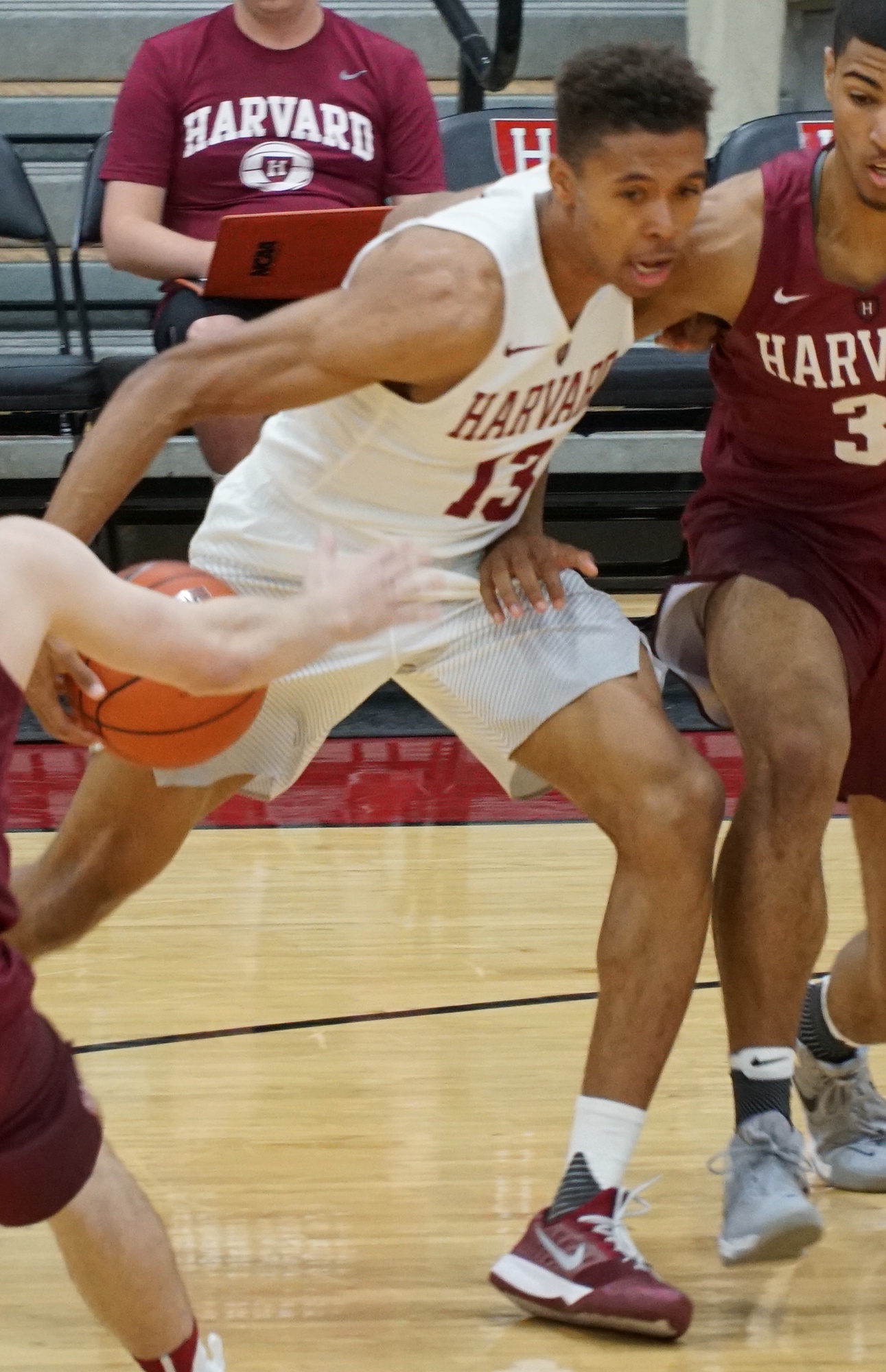 Junior Andre Chatfield's defensive capabilities could provide some minutes off the bench for the guard.
By David Freed, Crimson Staff Writer

As the Crimson prepares to take on Stanford in its season opener, David Freed recaps the last season for each of the players on this year’s team and discusses the important season goals for each student-athlete. In this article, he discusses the recent progression and the relevant next steps for junior guard Andre Chatfield.

Junior Andre Chatfield's defensive capabilities could provide some minutes off the bench for the guard. By Ryosuke Takashima

Chatfield's second season for the Crimson was a bit of a mixed bag. He played fewer minutes than his freshman season on a decidedly worse team and averaged just over a point per appearance, taking less than one shot a game. His offensive game didn't develop in the way many outside observers had hoped; almost all of Chatfield's shots came as wide-open three-pointers or fastbreak layups.

The good news for the junior came on the other end of the floor. The spindly 6'4" guard was routinely deployed on top opposing perimeter threats during the latter half of the season and looked significantly more comfortable within the flow of Harvard coach Tommy Amaker's defense. Chatfield's lateral quickness and active hands make him a handful defensively and he offered a superior defensive presence to then-freshmen starters Corey Johnson and Tommy McCarthy.

Heading into his junior season, Chatfield has a couple of main areas of improvement:

1. Defensive Discipline — With quick hands comes great responsibility. During the second half of the season, Chatfield would at times rack up a series of quick fouls on perimeter reach-ins. On back-to-back weekends in mid-February he twice picked up three or more fouls in less than 20 minutes and for the season he averaged 4.8 fouls per 40 minutes. To stay on the floor, Chatfield has to be more disciplined on the perimeter.

3.Developing the In-Between Game — Chatfield, who has made just six triples in two seasons, is unlikely to develop into the three-and-D prototypical wing he was projected as coming out of high school. Given the amount of shooters on Harvard's roster, this isn't a big deal. What the roster current lacks is people who can beat their opponents off the dribble, a skill that Okolie significantly improved on in his later years. Chatfield should work to cultivate the same skill set, which would differentiate him more from the competition.

Chatfield comes into 2016-2017 as a rare and favorable archetype: the veteran in a position of need. His play and development this past season left something to be desired, but it matters little because Harvard has so few options to replace Okolie and departed senior Patrick Steeves at the three. Amaker's aversion to playing smaller wings at the three in small-ball lineups means that Johnson likely won't see much time at the three, leaving Chatfield and freshman Seth Towns as the only traditional wings on the roster.

Towns will come to Cambridge a more polished offensive talent than Chatfield, however, so the veteran will need to demonstrate in offseason workouts that the offense-defense tradeoff works in his favor. He is fortunate that Amaker has historically preferred defense-first players in this position; just two years ago, he routinely cramped his offensive spacing by playing Okolie over junior Corbin Miller for defensive reasons.

In fact, Okolie is the model for Chatfield to emulate. The senior had a relatively anonymous first two years on campus before sliding in for Laurent Rivard '14 as a starter his junior year and breaking out as the team's most valuable player as a senior. Chatfield's task is a bit more challenging—Okolie never had anyone as good as Towns pushing him for playing time—but the need for him to step up is just as important.