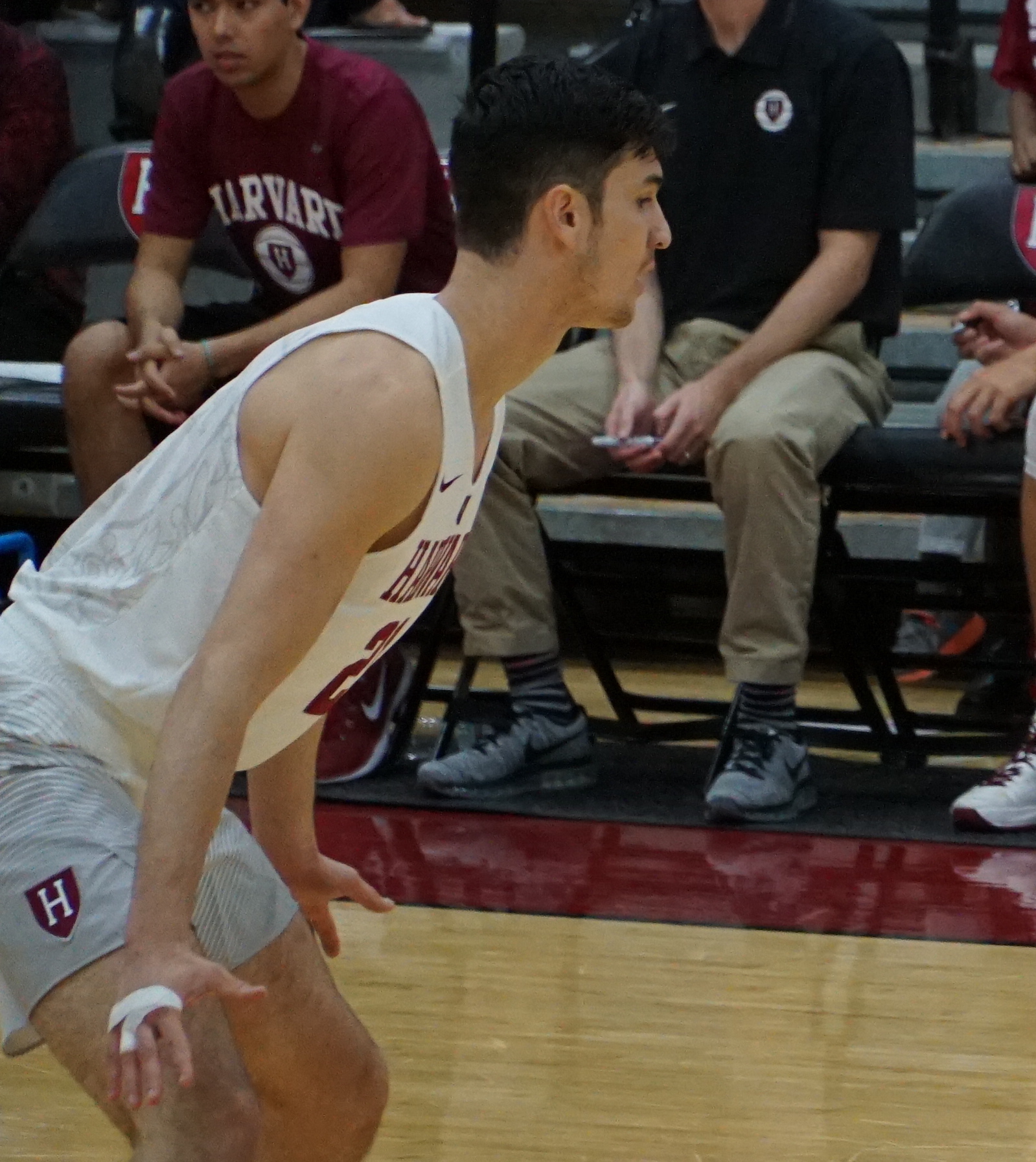 Junior Zach Yoshor will have to make major improvements if he figures to get playing time this season.
By David Freed, Crimson Staff Writer

As the Crimson prepares to take on Stanford in its season opener, David Freed recaps the last season for each of the players on this year’s team and discusses the important season goals for each student-athlete. In this article, he discusses the recent progression and the relevant next steps for junior forward Zach Yoshor.

Junior Zach Yoshor will have to make major improvements if he figures to get playing time this season. By Ryosuke Takashima

Yoshor did not have a breakout sophomore campaign, averaging less than a minute a game despite no major injuries throughout the year. He took only two shots all year, making one against Yale after the contest was already decided.

Watching Yoshor’s spot-up duty in Cambridge, it is easy to understand both his strengths and his faults. The 6’6” junior operates at a major quickness deficit and struggles to both generate open looks on offense and move with his defender. In high school, he could shoot over any defender and use his length to compensate on defense. At the next level, he is awkwardly in between: not fast enough to keep up with opposing shooting guards and not big enough to bang with opposing forwards.

On the plus side, Yoshor has flashed a pure stroke when he’s had the chance to play and he is one of the more natural shooters on the team. He moves deliberately on offense and gets to his spots well, but once again lacks the strength to finish well around the basket.

Yoshor (see below) will struggle to get major minutes this year, but he can significantly improve his chances at playing time with two major steps:

1.Gaining Strength — As reference above, Yoshor lacks the lower body strength to hang with opposing bigs. Yet, that is his best option on defense; getting stronger is easier than getting faster, and Yoshor could punish bigger defenders on the other end with his slippery game if he could keep up defensively.

2.Expanding The Range — Harvard coach Tommy Amaker is typically reluctant to play minus defenders at any position. The one caveat has always been when his team needs shooting. Sophomore Corey Johnson and senior Corbin Miller ’15-’17 both scored significant playing time as defensively challenged rookies by shooting the lights out; to follow in their footsteps, Yoshor simply has to become an elite shooter, quick.

Bluntly, Yoshor has not had a notable first two years in Cambridge, registering a combined 36 minutes and 10 shots in mop-up duty across the two campaigns. With an influx of talent unlike any the Ivy League has ever seen before, he faces a steep uphill climb to playing time.

That is not to say that his task is impossible, however. The junior, as can be seen in his high school highlight reels, is an ace shooter on a team that lacks floor spacers at the forward position. In truth, Yoshor’s path to the floor is as some kind of hybrid three that can light it up from deep while holding his own on the defensive end. That is no easier than it sounds, however, and do not be surprised if the he doesn’t see a substantial playing time increase next season.