Athlete of the Week: Junior Taylor Rooks Comes Up Big in Win Over Fairfield 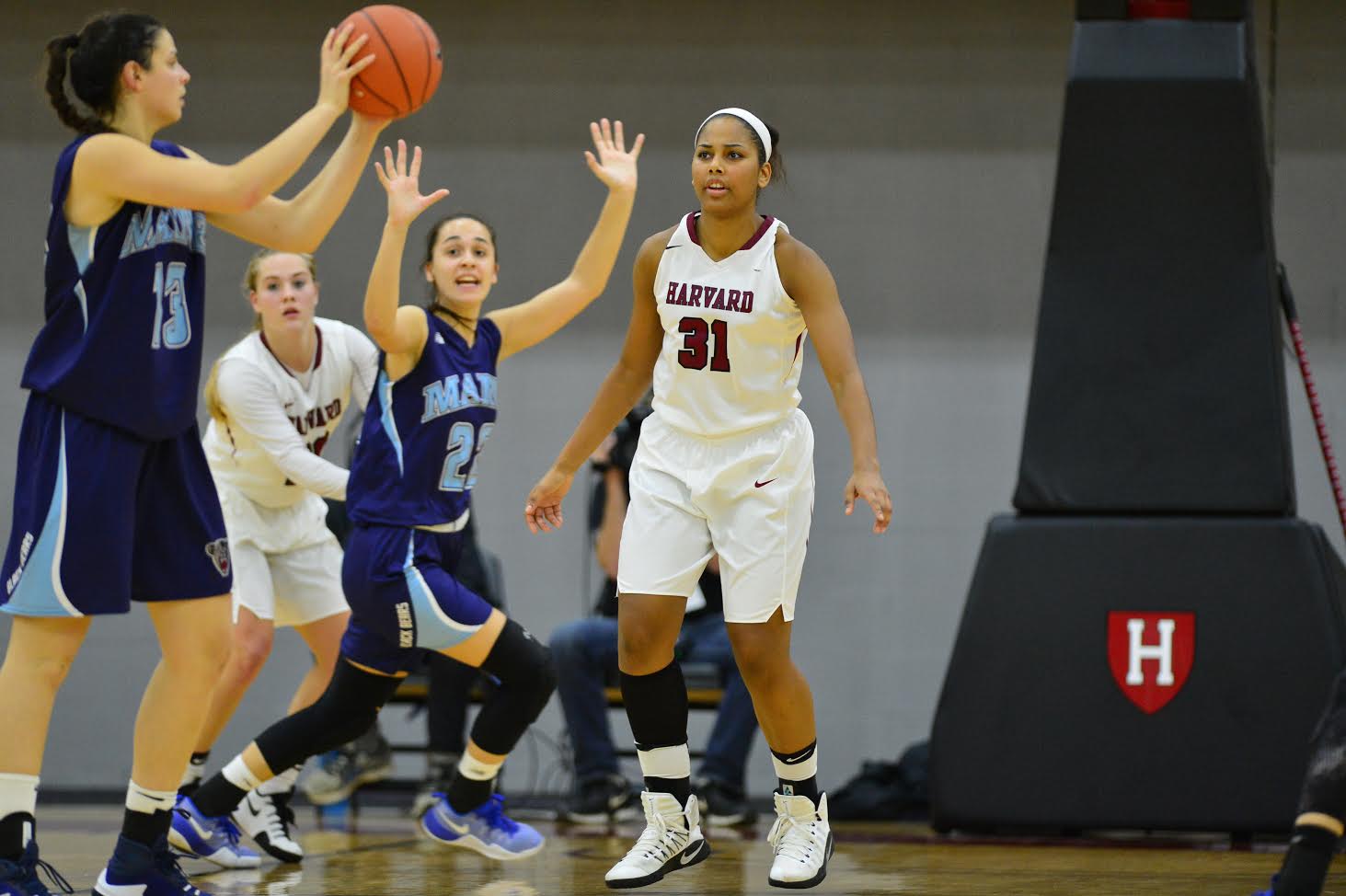 Behind a six point, 10 rebound, and four block effort from junior Taylor Rooks, the Crimson held off Fairfield at home. The Crimson limited the visiting stags to seven points in the final quarter to take the win.
By Stuart Johnson, Crimson Staff Writer

For any student the transition to college can be tough; from figuring out classes to take, navigating campus, or finding their niche amongst the student body.

For student-athletes the process includes all of the above along with managing time with workouts, film sessions, practices, and games—going through that process twice can’t be easy.

For Taylor Rooks, however, it was just another day at the office.

“[The transition] has been pretty seamless, the coaching staff has been great and the team is awesome,” Taylor Rooks said. “The environment is very fun and competitive; that made the transition very smooth and easy,

Rooks is a junior forward on the Harvard women’s basketball team. She hails from Warren, N.J., where she played at Gill St. Bernard’s School in Gladstone, N.J. There she was a two-time New Jersey Gatorade Player of the Year, and her accolades earned her a scholarship to play Div-1 basketball for the Stanford Cardinals.

After limited time her first year with the Cardinals, Rooks sought a new opportunity. That new opportunity brought her back to the east coast and through the gates of Harvard.

Often considered the “Harvard of the West,” Stanford would appear to be a far cry from the Ivy League. When it comes to basketball, and despite the Cardinals being ranked 11th in the nation, the New Jersey native sees little difference between the programs.

“[Harvard and Stanford] are pretty similar,” Rooks said. “The academics and career services [here] are very good, and school along with sports is hyper competitive here. I wouldn’t even consider going from Stanford basketball to Harvard basketball as a step down.”

Due to NCAA transfer rules Rooks had to sit out her sophomore year, limited to practices and watching games from the bench.

Rooks patiently waited all year to contribute to the team.

“Oh my god! After a year of sitting on the bench not being able to contribute on the court during games,” Rooks said. “I’ve never been so amped to go out there and perform, and to really play and be a part of a team again. I’m just really excited.”

The patience would prove to be worth it as Rooks came in big for Harvard this past weekend against a visiting Fairfield squad.

After a close first half, it was clear the Crimson needed to lock down on defense to come out with a win Kelsey Carey, a senior forward for the Stags, was giving the Harvard defense a lot of trouble. At the half, Carey already had 14 points.

“I let that girl score an insane amount of points on me,” co-captain Destiny Nunley said. “Taylor Rooks was able to come in and drop a few points for us and give our team confidence. Having the ability to do that is a beautiful thing.”

On top of a struggling defense, the Crimson was struggling on the offensive end. Harvard’s field-goal percentage on the night was 35 percent, falling well below the team average on the season.

Harvard also shot 25 percent beyond the arc, making only four three-pointers despite averaging 8.6 on the season.

On the night where the usually prolific shooting of the Crimson was absent, Coach Kathy Delaney-Smith needed a spark from the bench, and that spark came in the form of Rooks.

In response to a poor night of shooting, Harvard crashed the boards and outrebounded the overwhelmed Stags 48 to 33, with 15 of the boards coming off the offensive glass—an effort spearheaded from beginning to end by Rooks.

“We adjusted to the fact that we weren’t hitting the shots that we normally do,” Nunley said. “In response we crashed really hard, and I don’t think they were expecting that.”

Rooks would finish the game with six points, four blocks, and 10 rebounds. The junior’s defensive production would prove invaluable on a night where defense was the difference between a victory and a defeat for Delaney-Smith’s squad.

Behind three points, four rebounds, and a block from Rooks in the fourth quarter, Fairfield was limited to only seven points in the last quarter.

“The way I feel about this team is someone’s going to [step-up] and do something,” Delaney-Smith said. “Taylor Rooks came up and did something.”

—Staff writer Stuart Johnson can be reached at stuartjohnson@college.harvard.edu.