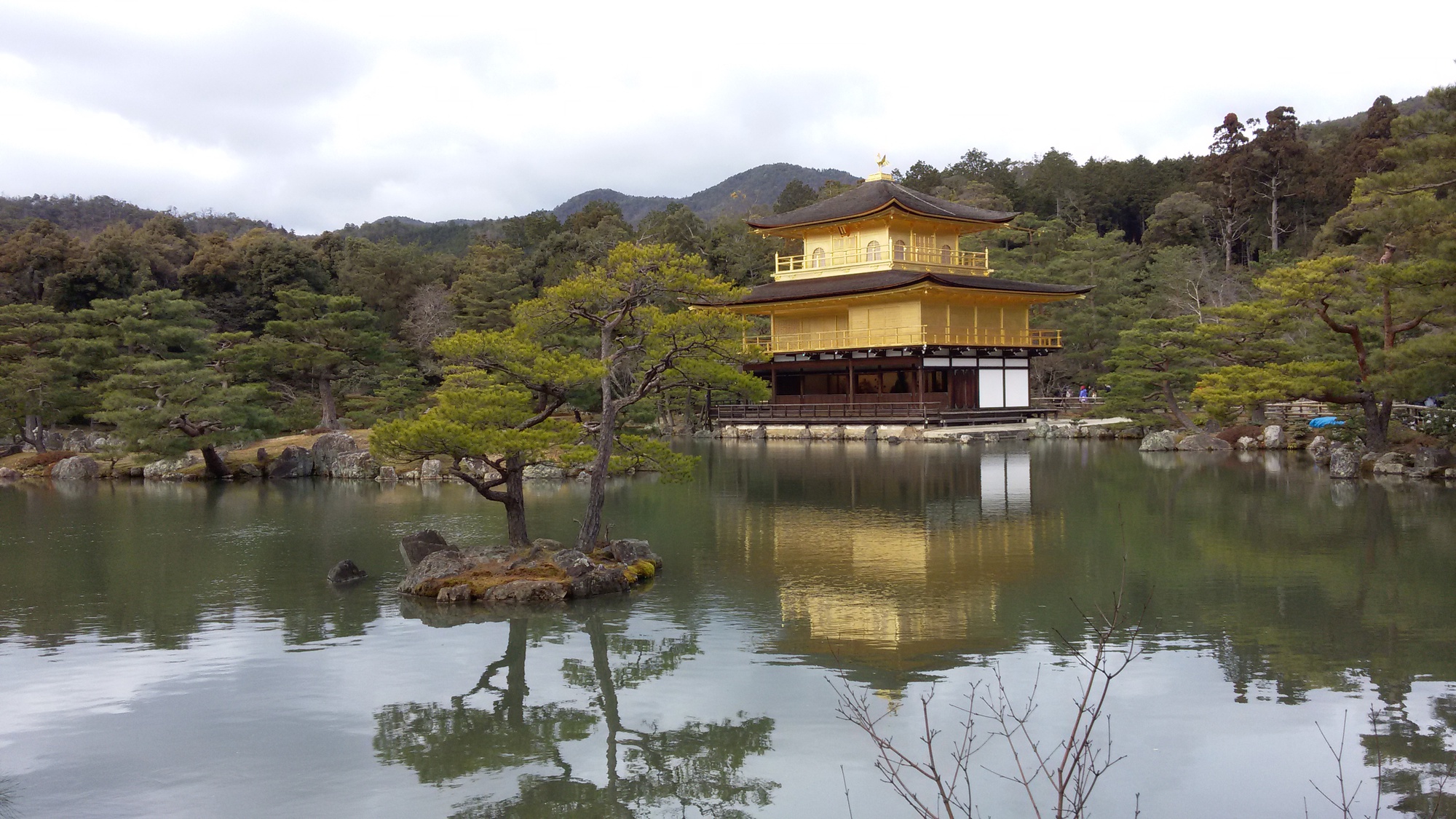 Before I arrived in Tokyo, I envisioned a map of the airport, the subway, the series of turns I’d have to make to get to the tiny Shinjuku apartment where I would spend the first night.
By Emma K. Talkoff

My favorite map is from 1840, and it depicts a city that no longer exists.

The Japanese map is something I’ve come to live inside over the last month while teaching high school students across Japan about cartography. It depicts Tokyo at a time when it was called Edo; when the shogun, who ruled Japan, had taken over and tenanted the imperial palace in the center of the city. Back then, the streets were defined by the rhythms of sankin kotai, a system of alternating residence that brought honor-bound samurai streaming into the city for half the year. The map is densely written, dotted with bright red seals marking seasonal places of residence for the regional lords.

Like many maps from this turbulent period, my favorite map is gigantic—large enough to spread out on the floor and walk across, plotting a path across the Japanese countryside or the careful divisions of Edo in giant-sized steps. Other maps from the Tokugawa era are comprised of stitched-together segments, separately inked at the behest of the shogun by regional ezumoto, or map lords. The purpose of these maps was overtly political—they served as an unofficial census and watchful eye for the far-flung citizenry united under the shogun. If you could map a land, understand where things were and why, you could own it.

Before I arrived in Tokyo, I envisioned a map of the airport, the subway, the series of turns I’d have to make to get to the tiny Shinjuku apartment where I would spend the first night. I nervously traced and re-traced this mental map of mine until it started to rip a bit at the creases, and the corners were smudged and tattered. By the time I landed, I was sure I knew exactly where I was going. This turned out not to be the case.

A lot of the time in Tokyo, we felt like we were in a video game, operating in a world with its own special physics and ways of motion. We would consult the unintelligible spaghetti-tangle of a subway map at each station and then throw ourselves onto a train that seemed like a likely option. (Later, this would result in an accidental trip to Kobe.) The train doors would slide open with a melodic yet mechanical chime and spit us out somewhere in the mega-city, sometimes where we intended to go. I found myself arriving in the same locations over and over again without meaning to—the neon flowers of Harajuku or the increasing familiarity of Shinjuku station from that first night—with no idea of what was in the gaps, or how everything was connected. My mental map of Tokyo became a series of independent bubbles of space that could be accessed through the buzzing mess of trains. I learned and stuck to the Yamanote line, an orbital track running around the center of the city. It was represented in electric lime green on the incomprehensible maps.

Outside the tightly wound chaos of Tokyo, things were slower, but often still delightfully confusing as they always have been. In 1690, cartographers embarked on the creation of a map of the Tokaido, the road running along the length of the Japanese mainland from Edo to Kyoto. The map was created at a scale of one to 12, so it was over 40 meters long. Although a little unwieldy, it was also a proto-Google street view, including details as granular as road surface and the locations of certain shady trees, as well as relevant rest points, sites of interest, and estimated travel times. One could accomplish almost everything with this winding scroll that can be done with a digital map today—perhaps even more, because the Tōkaidō bunken ezu included depictions of imaginary travelers, pilgrims, and wandering samurai and the like, creating a kind of choose-your-own adventure narrative.

In Kyoto, it is theoretically possible to visit four UNESCO world heritage sites before lunch. I know this because I did it, my stomach grumbling discontentedly as I leaned out from the edge of Kiyomizu-dera temple, a bright orange pagoda and temple complex buttressed into the side of a mountain (“Kiyomizu-dera is bae,” my travel companion told me reverently). My phone was dead and my guidebook abandoned, so I had neither paper nor virtual map to guide me. But the abundance of temples and shrines in the old capital has given rise to a network of markers and street signs that helpfully point the traveler in the right direction, providing estimated walk times and distances just as the Tokaido map does. I found myself inside a city that was a giant map of itself, a real place overlaid with routes and markers and physical points saying, “You are here.”

Further north, I found different kinds of cartography to be useful in their own way. Early maps of Japan would often include a dragon coiled around the islands, or take the form of a languidly restless catfish with prefectures for scales. The imagery comes from an old myth attributing Japan’s many earthquakes to a giant sleeping catfish below the region that occasionally shuffles about in its sleep, inadvertently destroying large swaths of the country. Even today, earthquake warning signs in Tokyo are festooned with the image of a cartoony, smiley catfish made only slightly ominous by the words of seismic warning around it.

In manta ray-shaped Hokkaido, I added a few slides about catfish maps to my cartography presentation after a 6.7 earthquake struck off the coast of the northern island. It shook snow from the trees and rattled the floors in the mountain boarding school where we were teaching. Everyone was fine, but I learned that the Japanese phrase for the shaking-induced distress we saw one student go into is “earthquake drunk.”

Old maps of Tokyo almost always included Mt. Fuji, a comfortingly familiar outline that situates the viewer. In those maps, Mt. Fuji is like the moon, a distant but fixed reminder of where we are that follows us without moving. In reality, Mt. Fuji is much too far to see from the urban sprawl of Tokyo, but eventually I found my own landmarks, sites that would hover on the edge of vision and provide at least a general sense that I hadn’t completely lost myself in the city: the electric blue of Tokyo Skytree, a futuristic spire which seemed to exist just for the sake of existing, a particularly weird character on a billboard, the egg-shaped skyscraper in Shinjuku.

Oftentimes in Japan, I had no idea where I was going. The moments when I did felt like a perfect alignment of puzzle pieces that made the in-betweens worth it. I imagined myself like those ancient cartographers, trying to make sense of the jumble of crepes and onigiri, shrines and skyscrapers, neon and origami. I made my own maps, rewriting them over the ones I had hastily constructed on the flight over. I began to understand how mapping a place, even sketchily, can feel like owning a piece of it.

Like writing, maps are an attempt to turn the impossible complexities of a living, breathing city into something we can hold in our hands. Maps have their own language and their own grammar, a lexicon comprised of inked lines and compass points that hasn’t changed much across centuries and hemispheres.

Maps chart time as well as space. I have a map of Japan on my wall from 2015. It’s fairly unromantic—lacking shogunate seals or slumbering catfish, it opts instead for utilitarian black text and soberly accurate coastlines. There are no fanciful depictions of travelers or helpful approximations of travel times.

The map has been on my wall for more than a year now, long enough that I’d stopped really noticing it most of the time. Until a few days ago, that is, when it suddenly contained everything—the entry I scribbled in my travel journal on the way to Osaka castle, a sweet potato cake I munched on one morning as I tried to navigate to Kyoto, and even the accidental trip to Kobe. It was all right there, on the map.