The renewed relations come decades after the University expelled the program during Vietnam War-era protest. 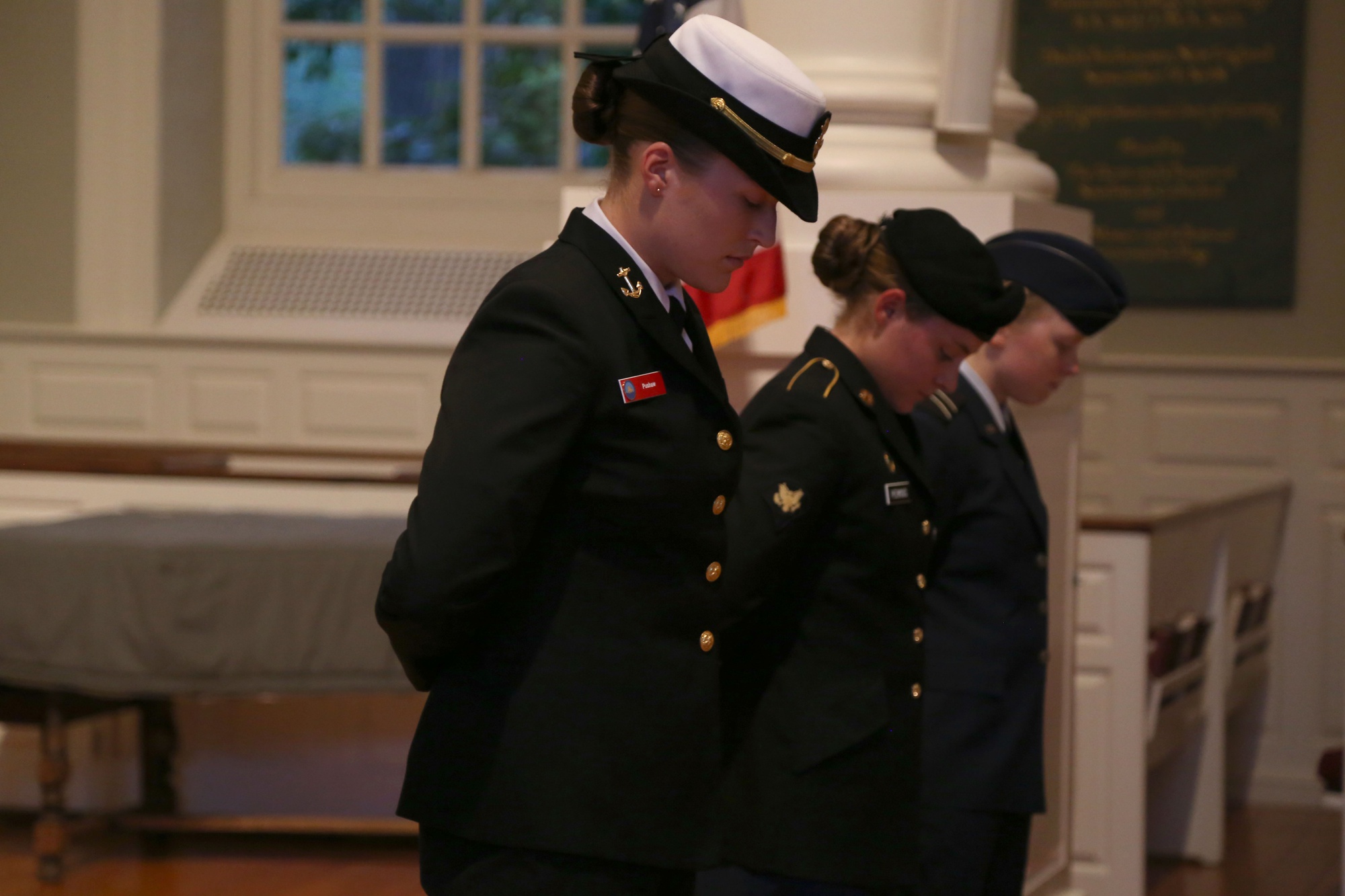 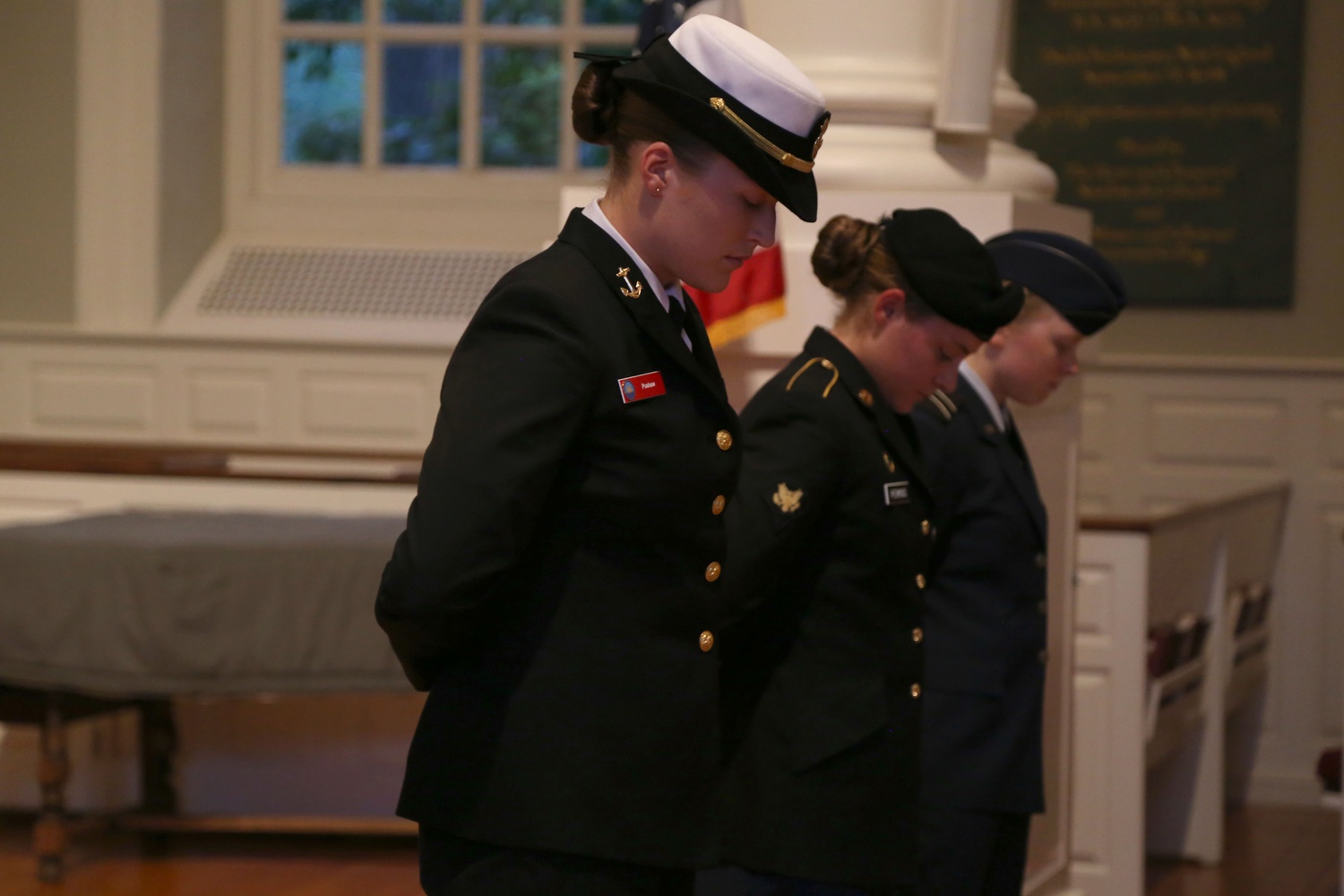 From left, Carolyn F. Pushaw ’16, Lucy F. Perkins, and Kira R. Headrick ’17 bow their heads during a 9/11 memorial service hosted by ROTC cadets and midshipmen in 2014. By Madeline R. Lear

With official recognition from the University, Air Force ROTC will join the ranks of both the Navy and Army versions of the program on campus. University President Drew G. Faust and Secretary of the Air Force Deborah Lee James will sign an agreement in Loeb House on Friday morning to renew the relationship between the two institutions, according to an email from the Office of the President sent to Harvard ROTC cadets and obtained by The Crimson.

While recognition may not change the day-to-day experience of many Harvard Air Force ROTC cadets—much of Harvard’s ROTC training across the branches takes place at MIT—it is the latest symbolic gesture the University has made to the military under Faust. During the Vietnam War protests of the 1960s, the University stripped ROTC of its previous academic standing, and all programming was phased out soon after. For years, Harvard students who still wanted to participate in the program enrolled in ROTC at MIT.

Now, Harvard has completed its symbolic rapprochement with each of the military’s ROTC branches, long a demand of Harvard undergraduate and graduate students affiliated with the armed services.

“Even if we gain one or two cadets from this who wouldn’t have considered it otherwise, that would be really valuable,” Farrow said.

“ROTC students bring different and important perspectives that enhance and enrich the educational experience for the entire Harvard community, and we are delighted to have Air Force ROTC represented again at Harvard,” Anna Cowenhoven, a spokesperson for the Faculty of Arts and Sciences, wrote in a statement.

Charley M. Falletta ’16, an Army ROTC cadet, said that while Harvard’s decision to recognize Air Force will likely not make many logistical changes to the program, it sends a positive message to every ROTC student at Harvard.

In addition to restoring relations with ROTC programs on campus, Faust, some of whose family has served in the military, has taken steps outside Harvard’s gates to express her support for the armed forces. Last month, Faust traveled to the United States Military Academy in West Point, N.Y., urging the cadets to study the humanities.