Faust Calls for Confronting the Past Ahead of New School Year 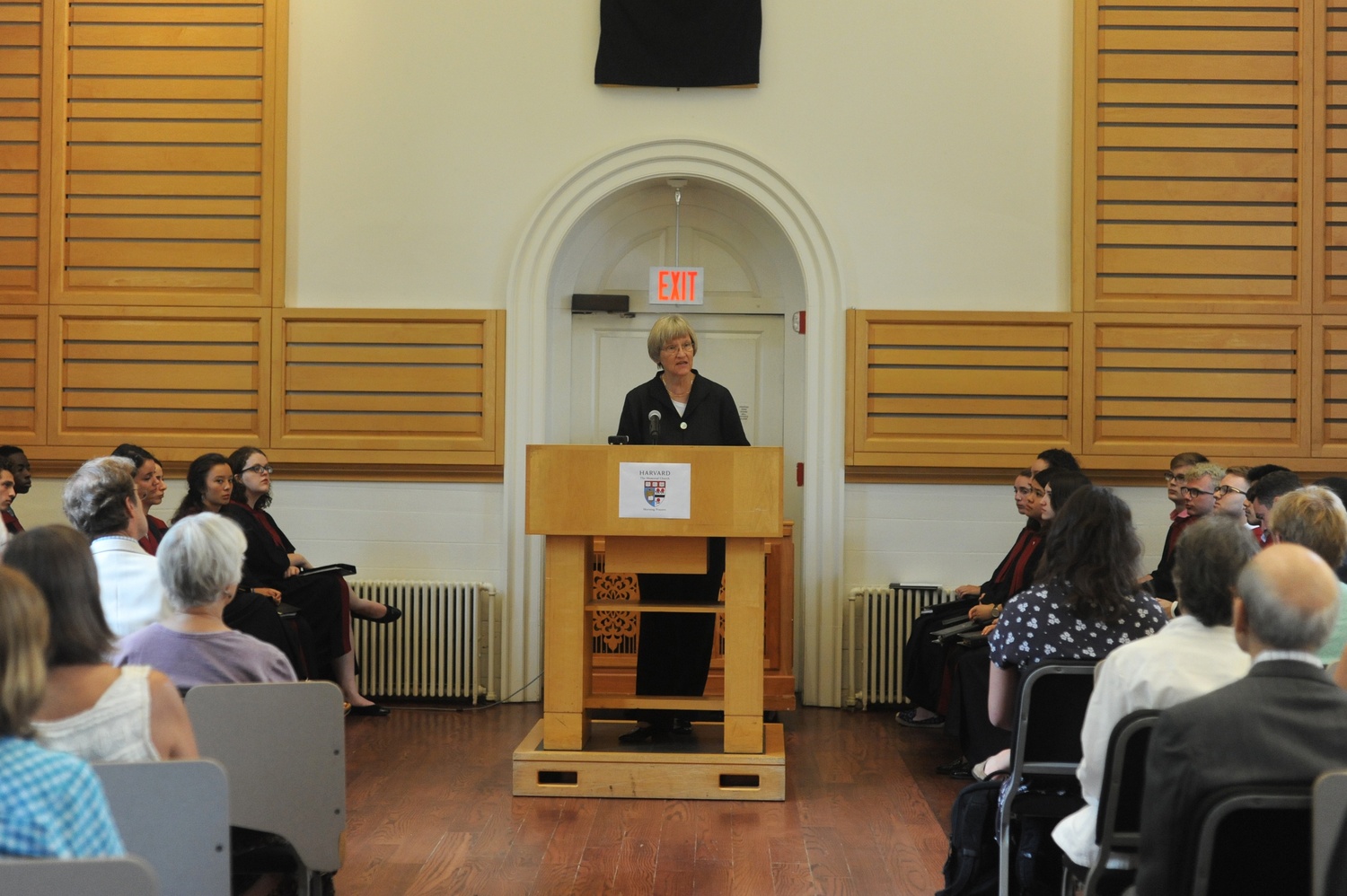 University President Drew G. Faust talked about her own scholarly training and “confronting difficult truths” of history at Morning Prayers Wednesday, the first day of the semester.

In her speech, which took place as part of the weekday Memorial Church prayer ceremony, Faust said that the last few years have demanded a particularly acute examination of both American and Harvard history.

“Ferguson, Charleston, Staten Island, Baltimore, Orlando, Baton Rouge—far too many places and names and tragedies to list—all refocused our national attention on the unrealized promise of liberty and justice for all,” Faust told the congregants in Holden Chapel.

A “card-carrying” Civil War historian by trade, Faust discussed how her scholarly background—which she called “the ideal training for leadership”—has informed her approach to the University’s presidency. She said that it has helped her to empathize with other people and understand the possibility for change.

“History, like leadership, is about change, about understanding what makes change happen, about who embraces change and why, about who resists it and how,” Faust said.

Faust cited last semester’s decision to change the Law School seal—which was formerly the crest of a slaveholding family—as one example of such a change. Throughout the debate over the seal change, though, Faust remained adamant that Harvard should not overwrite or forget its historical connections to slavery.

“A true understanding of the past can disentangle us from lingering vestiges of harmful assumptions that may in hidden ways influence us still; we must understand how our narratives about the past have shaped and continue to shape the present in order to be able to transform that present into a better, juster future,” Faust said.

Faust also discussed an initiative to memorialize Harvard’s ties to slavery that began last semester with the unveiling of a plaque at Wadsworth House to honor four enslaved people who lived and worked at Harvard. That project will continue this year, Faust said, with a conference at the Radcliffe Institute on slavery at universities.

“We must all be historians. Who we are is indelibly shaped by who we have been,” Faust said.