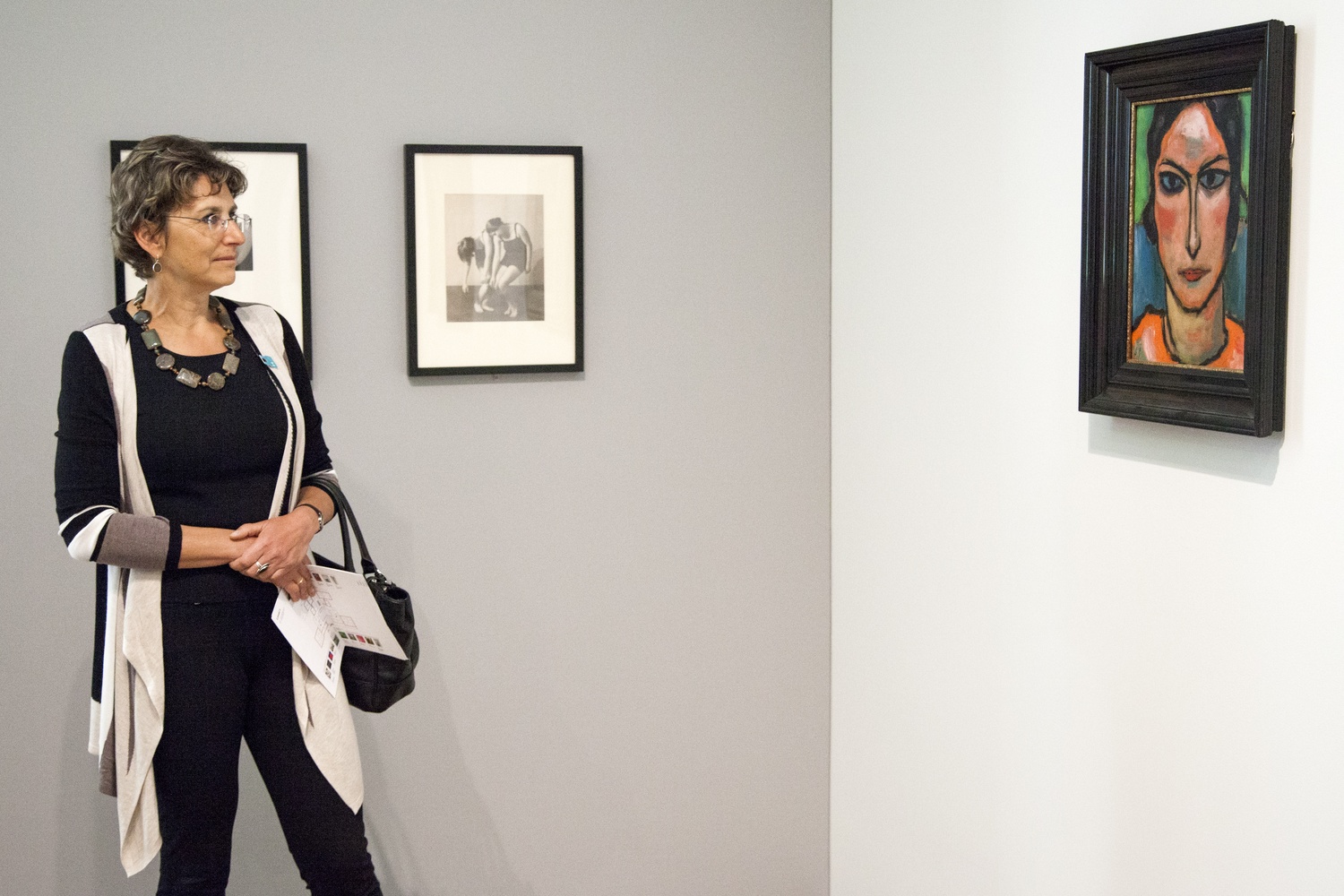 “It’s a tradition that museums have,” Sanja Cvjeticanin, director of visitor services at the Harvard Art Museums, said. “We want to reach out to people who normally wouldn’t come to the museum and engage them with what we do here.”

The museum sees around 800 visitors on a typical Saturday, but on Museum Day, around 1,000 showed up, Cvjeticanin said. This statistic only captures gallery attendance and not courtyard and café visitation, which is more difficult to estimate.

The Harvard Art Museums underwent six years of renovations and reopened to the public in November of 2014. The renovation combined three museums—the Fogg, the Arthur M. Sackler, and the Busch-Reisinger—under one roof.

Cvjeticanin said the museum did not arrange any special programming for Museum Day Live!

“The opening two years ago took so much preparation that all other events seems small in comparison,” she said.

During the day, many visitors relaxed and enjoyed coffee in the courtyard, while others explored the gallery. Many guests said they found out about the event through social media and were excited to take advantage of the opportunity.

“For some people this might be the one day a year they come,” Cvjeticanin said.

Wenjun Di, a fourth year Ph.D student from Northeastern University, said she heard about the event two days in advance via Twitter.

“I emailed my coworkers about the event. It’s a great opportunity, and I’ve never had a chance to go,” she said.