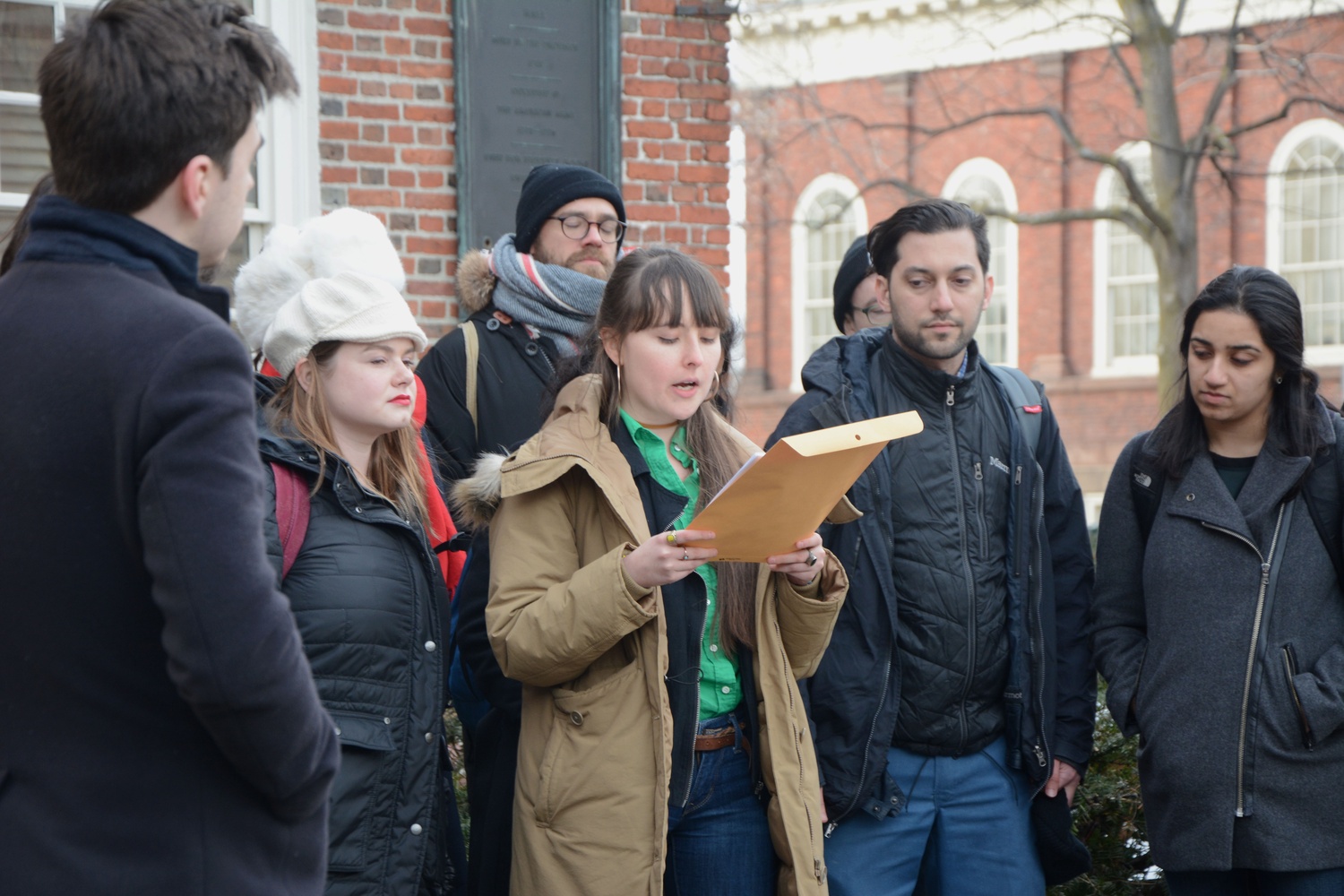 Harvard’s student unionization effort is stepping up its push to refer University affiliates to the Law School’s immigration clinics, arguing that the Harvard should better publicize its resources for immigrants and refugees.

The International Scholars Working Group—a part of Harvard Graduate Students Union-United Auto Workers—is devoting more time to these clinical referrals for students in the United States under Temporary Protected Status, a provision that protects some immigrants from deportation if their home countries are deemed too dangerous to return to.

More than 440,000 people from countries including Haiti, Sudan, and Syria are currently protected under TPS. TPS protections for South Sudan and Sudan were recently renewed, South Sudan for 18 months and Sudan for 12 months.

Still, according to Patricia N. Manos, a graduate student and supporter of the unionization effort, some Harvard affiliates are unaware of the University’s legal resources for TPS recipients.

“We realized that there is a whole lot of need for information and that people who are affected by TPS are often having a hard time finding legal resources,” she said. “People sometimes don't know where to turn.”

Manos added that the University’s legal clinics are also open to Harvard employees and students’ families: “It's worth noting, and a lot of employees don't know this, that the legal clinic is interpreting the Harvard community pretty broadly,” she said.

In an emailed statement, University spokesperson Tania deLuzuriaga wrote that Harvard has worked to publicize the legal clinics extensively in the wake of Trump’s election.

“Over the past several months, the University has worked to provide additional resources and support and to advocate for our international students and scholars, who play a critical role in Harvard’s academic mission,” she wrote. “These services have been and continue to be communicated to students in a variety of ways.”

Formed in early 2017, the International Scholars Working Group engages in various initiatives related to immigration. In February, the group presented University President Drew G. Faust with a petition calling for increased support for immigrants in the wake of Trump’s first travel ban, which barred immigration from seven predominantly Muslim countries and was later struck down by a federal judge.

According to HGSU-UAW’s website, the group’s current projects include creating a list of resources that Harvard should provide to international students, compiling a list of legal concerns, and bringing in experts to address them.