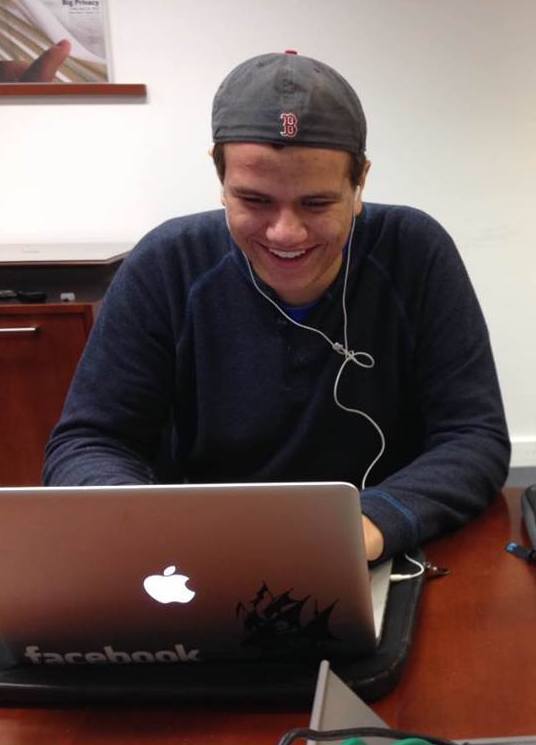 Those who knew Alexander H. Patel '17-'18, a Philosophy and Mathematics concentrator, remember him as a brilliant student and a devoted friend.
By Hannah Natanson, Crimson Staff Writer

Twenty minutes later, Patel showed up at Barry’s door. The two grabbed Barry’s dog and spent the next couple hours wandering around the neighborhood, talking “back and forth” until Barry finalized the speech in his head.

“He was an unbelievable friend, and he never hesitated to bring me into his life or to be generous with his time,” Barry said. “He was the friend I was most sure was going to do amazing things.”

Those who knew Alexander H. Patel '17-'18, a Philosophy and Mathematics concentrator, remember him as a brilliant student and a devoted friend. By Courtesy of Facebook

This generosity and willingness to help a friend, Harvard peers and professors say, was typical of Patel, a Harvard senior who died recently, aged 22. According to the Middlesex County District Attorney’s Office, no “foul play” is suspected in his death; a spokesperson for the Massachusetts Office of the Chief Medical Examiner said authorities are still determining the cause of death.

Those who knew him remember Patel, a Philosophy and Mathematics concentrator, as a brilliant student with wide intellectual interests ranging from computer science to ancient Greek classics. Classmates said Patel loved to teach others—both formally, as a Teaching Fellow for various Computer Science classes, and informally, during dining hall conversations and over coffee-fueled debates at Dunkin’ Donuts.

Students and professors also remember Patel as a devoted friend and family member: someone who drove his sister to school every day in high school, someone willing to help debug friends’ code at 3 a.m.

“He was also one of the most emotionally intelligent kids I’ve ever met,” Barry said. “If I had a bad day, he’d swing by in this old red Subaru that he loved—and at times, hated—and take me to Chick-Fil-A and make me forget that my problems existed.”

“He always knew the right thing to say,” Barry added.

Patel grew up in Denver, Colo., and attended a highly competitive college prep school, according to Barry. Barry and Sam Mathews, another high school friend, say Patel distinguished himself as an exceptional student early on: He took an unusually large course load and wrote “brilliant” essays, all while playing goalkeeper for the varsity lacrosse team, competing on the debate team, running Model United Nations conferences, and tutoring classmates in mathematics.

Nonetheless, Patel found time to pursue side projects and personal interests. He studied Lacanian psychoanalysis, learning more about the subject “than any other teenager I have ever met,” Barry said. In his spare time, Patel also developed scheduling software his high school still uses, according to Barry.

Steven S. Lee ’16, a Harvard friend of Patel’s and a former President of The Crimson, said Patel’s passion for side projects continued into college.

“He always had these side projects, he was always so driven and so interested in grabbing whoever was next to him to talk to them about it,” Lee said. “One time, he just started talking about how the United States collects weather data—he had this thought about how to [do it better], and he just went on and on about it.”

As he did in high school, Patel kept a packed schedule at Harvard. In addition to taking a full course load, Patel worked as a teaching fellow for various Computer Science classes, conducted research in a lab run by Computer Science professor Margo I. Seltzer ’83, and held an “IT consulting gig on the side,” according to Barry.

Patel also wrote for The Crimson, covering Harvard Business School and serving on the paper’s data analysis team. He won a national award for a data-based story on Harvard faculty political donations.

“He contributed so much to the organization, it probably wouldn’t have been the same without him,” Lee said.

In the months before he died, Patel was working to finish his thesis project—an “intellectually ambitious” attempt to increase the precision of philosophical language through computer technology, according to Patel’s thesis advisor and mathematical logic professor Warren Goldfarb.

Patel was also applying to Ph.D. programs in computer science, applied math, and business, Barry said. And he was planning to learn Greek, according to Harvard friend and former Crimson editor Theodore R. Delwiche ’17-’18.

“I was so sure that he was going to do something tremendous in life,” Lee said. “I really felt like he was one of those people where I thought, 20 years down the line, he really would have made just a ton of impact in the world.”

“That was our Alex—clever, funny, ambitious, smart, motivated,” she said. “When Alex said he would do something, he did it and he did it well. We [at the lab] will miss him terribly—his warmth, his smile, his way of making everyone around him just a little bit better.”

In wake of Patel’s death, friends say they remember—and miss—the little things. Lee recalled how Patel laughed with “his whole body.” Barry said he will never forget Patel’s penchant for coming up with “quirky catchphrases” that “nobody else in the world could pull off.”

Mathews, Patel’s high school friend, said he can’t stop thinking about the day Patel got into Harvard. Mathews said Patel pushed himself in high school, and that he didn’t get much sleep—but on this day, “nothing mattered.”

Patel opened his acceptance email while sitting in a computer science classroom. Afterward, Mathews and Patel got into Patel’s car—the red Subaru, nicknamed “the Buru”—and drove toward the Rocky Mountains.

On the drive, “neither of us spoke,” Mathews said. “Alex stared off into the horizon, watching the Rockies unfold before him as his newfound future had in that classroom.”