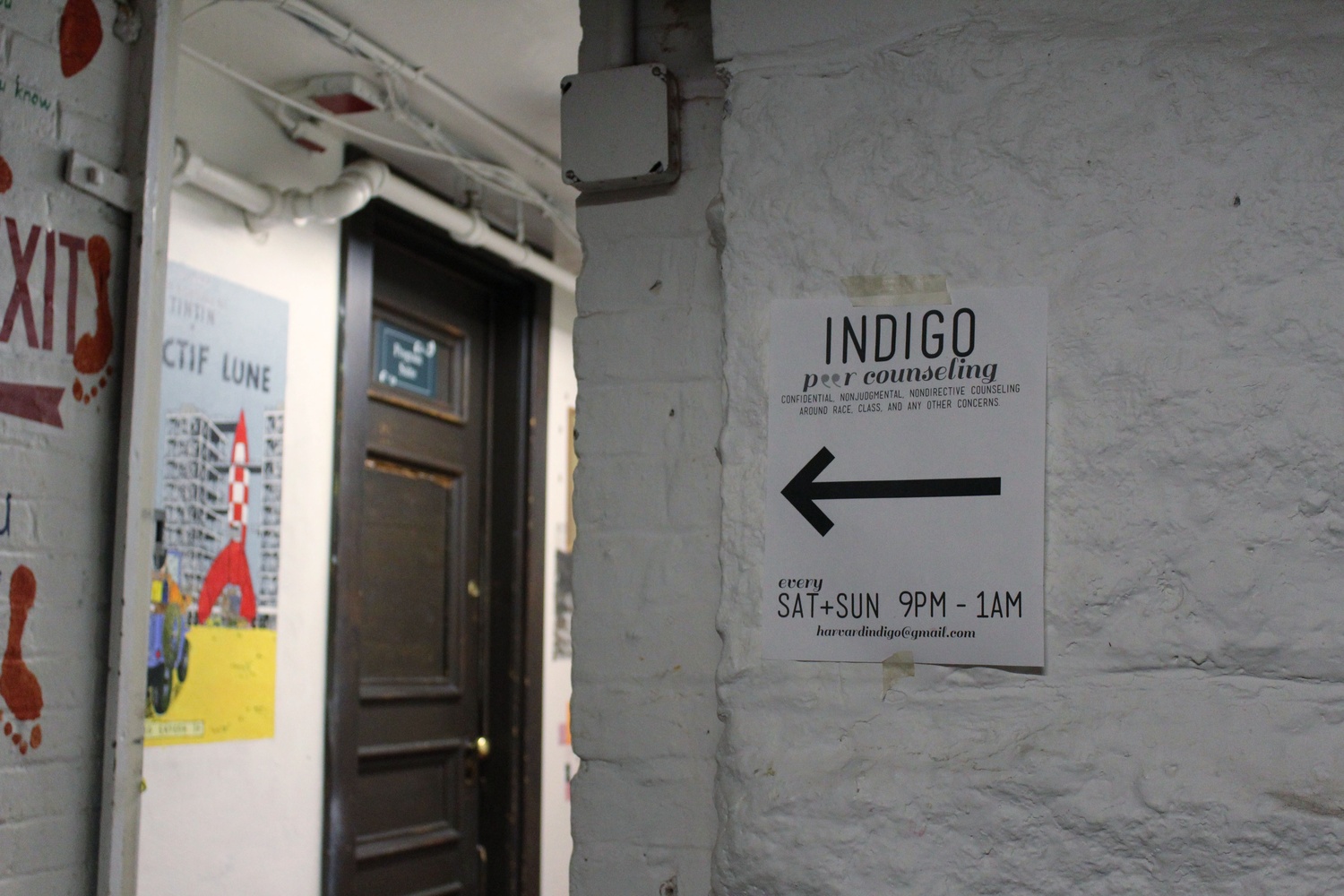 Launched in spring 2016, Indigo specializes in counseling on issues related to race, class, and first-generation status. Shortly after its start, Indigo took a year-long break from holding regular drop-in hours to focus on increasing its numbers of trained staff and to work more closely with other cultural affinity groups.

Indigo has since reopened in Adams H Entryway, where it hosts drop-in hours Monday, Tuesday, and Thursday; on Wednesdays, Indigo hosts QuadTalk, a service that allows students to see peer counselors at the Radcliffe Quad. Students can also call the phone line, which is open Monday through Thursday.

According to co-director of Indigo Aakriti Prasai ’18, the group struggled to schedule training times last semester, leading to a shortage in trained staff.

“This semester, we were able to frontload all of the trainings right before shopping week, so everyone was good to go,” Prasai said.

Indigo’s training focused on incorporating a wide variety of perspectives. The group reached out to cultural affinity organizations like the Harvard Black Students Association and Harvard Fuerza Latina to gain a better understanding of the particular issues some students face.

“Each of the different issues we're trying to grapple with—race, class, immigration status, etc.—could all be their own peer counseling group as a whole if need to be,” Prasai said. “So there is a lot of training that we have to do just to make sure that as peer counselors, we're literate in the sort of things that are going on in these different communities.”

Prasai and co-director of Indigo Kay A. McGarrell ’18 said that training will likely continue throughout the semester because many of the students Indigo hopes to serve are affected by current events, such as changes in immigration policy. According to McGarrell, “just being aware of what’s going on in the world” is a part of their counseling strategy.

“I feel like other clubs, they have things to fall back on,” McGarrell said. “We don’t have institutional records, institutional knowledge. So a lot of what we've been doing is starting from scratch.”

Prasai also added because Indigo is just starting up again, turnout “hasn’t been as high as we would’ve wanted right now.” However, she said she hopes this number will increase as Indigo continues to publicize their group.

“More and more people know about us now, which I think is amazing,” Prasai said.

Going forward, McGarrell said she hoped Indigo would be utilized not just as a counseling group, but also as “a part of a lot of the different cultural groups around campus.”

“I think we have the potential to be something this campus needs, especially right now,” McGarrell said.