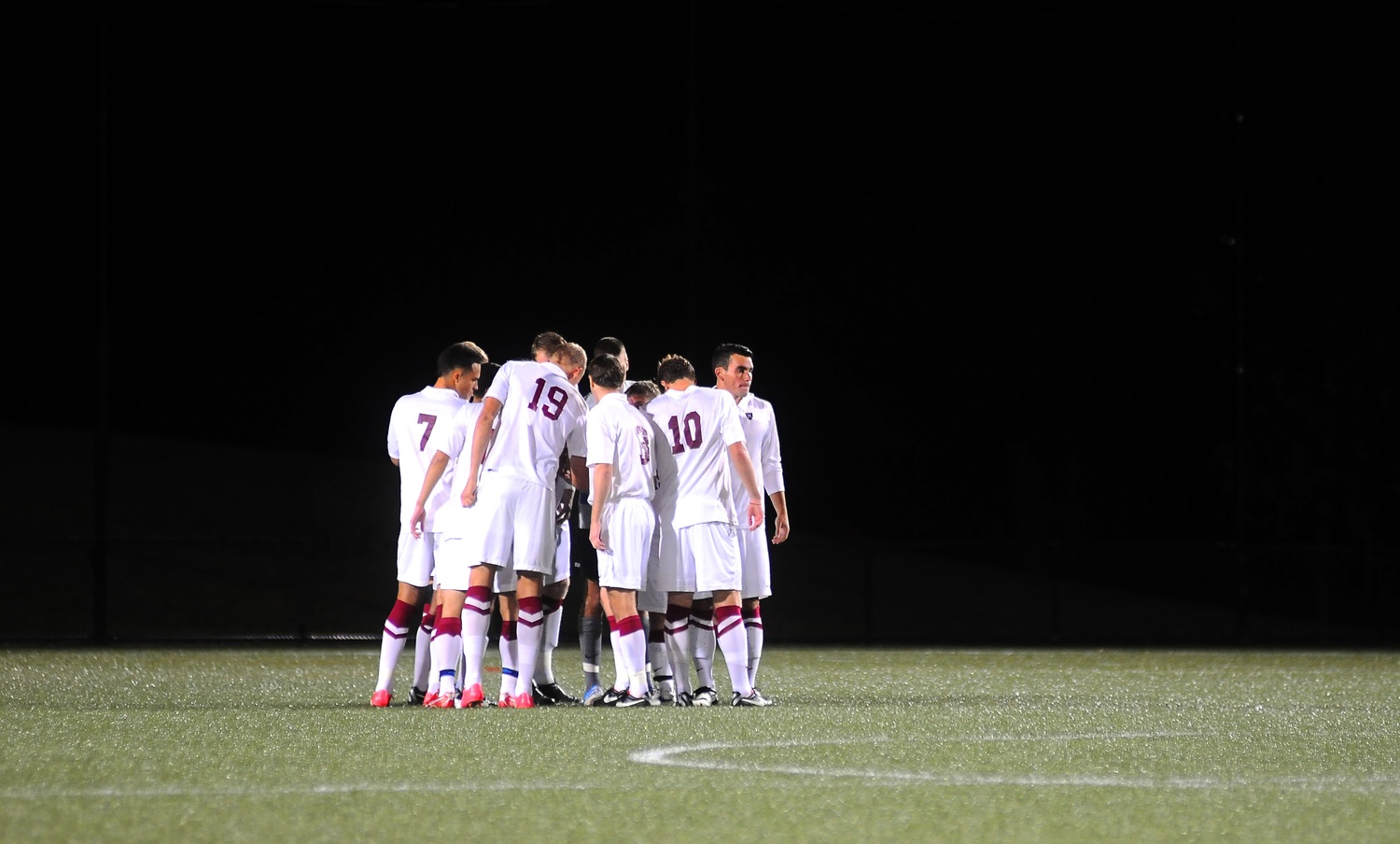 The Harvard Men's Soccer team during a game vs. Yale in 2012 By Mark Kelsey
By Brittany N. Ellis, Crimson Staff Writer

A widely-publicized incident last year at Harvard Athletics has become a subject of study for the department’s neighbors at Harvard Business School.

Last week, all 928 first-year M.B.A. students discussed a Business School case study on the Athletic Department’s response to the revelation that the varsity men’s soccer team had, as recently as 2016, produced sexually explicit “scouting reports” on their female counterparts.

The case study, which employs published materials from The Crimson, the Boston Globe, and others, also discusses the responses of the men’s and women’s soccer teams, referencing Crimson op-eds from members of the 2012 women’s team and 2016 men’s team.

The case study formed part of this year’s Field Immersion Experiences for Leadership Development program, a required full-year course for first-year M.B.A. students. Students read the case for a session on “community values, culture, and communication,” according to Business School professor Katherine B. Coffman.

“There are a lot of teachable moments coming out of this,” Green said. “One that I was interested in was bystander intervention, but there are a lot of other things that you could discuss as well.”

While the idea came from a meeting with Athletics administrators, Harvard was not involved in the creation of the case. At the request of administrators, according to Green, the case relies only on publicly available information, making it a “library case” in Business School parlance.

“That’s the ground rules that they asked for. They didn’t want confidential information to be used, and [Coffman] and [Brooks] stuck with that as a ground rule,” Green said.

Athletics spokesperson Timothy J. Williamson wrote in an email incidents that “others can learn from” the department’s response to last fall’s incidents.

“Our Athletics community has learned a great deal about these difficult issues, and we have sought to move forward by developing new trainings and support resources in partnership with OSAPR and the University’s Title IX office,” he added.

Coffman and Green said they hope the case will foster constructive conversation around issues of gender in environments beyond athletics. Green said instructors taught the men’s soccer case alongside a recent case about gender discrimination in the tech industry.

The case study follows the decisions of the Athletics Department and University administration after reporting from The Crimson revealed that a member of the 2012 men’s soccer team produced and circulated a document containing sexually explicit comments about incoming freshman on the women’s soccer team. Harvard cancelled the remainder of the 2016 men’s team season after an Office of General Counsel review revealed that the practice had continued up until and including in the 2016 season.

The professors suggested that instructors ask students how they would have acted if they had been the athletic director or about their involvement in similar situations where people were talking about or rating others’ perceived attractiveness.

“We felt that it was a situation that a lot of people probably would have encountered in one form or another during some of their school years, athletics experience, work experience,” Coffman said.

Following the events involving the cross country and soccer teams, the Athletics department undertook a cultural review of the department. In a September email to athletes, Scalise wrote that the department was implementing a series of new trainings for students and staff as well as a new protocol for reporting gender-based discrimination.