Students Bundle Up for Cold Weather as Temperatures Drop 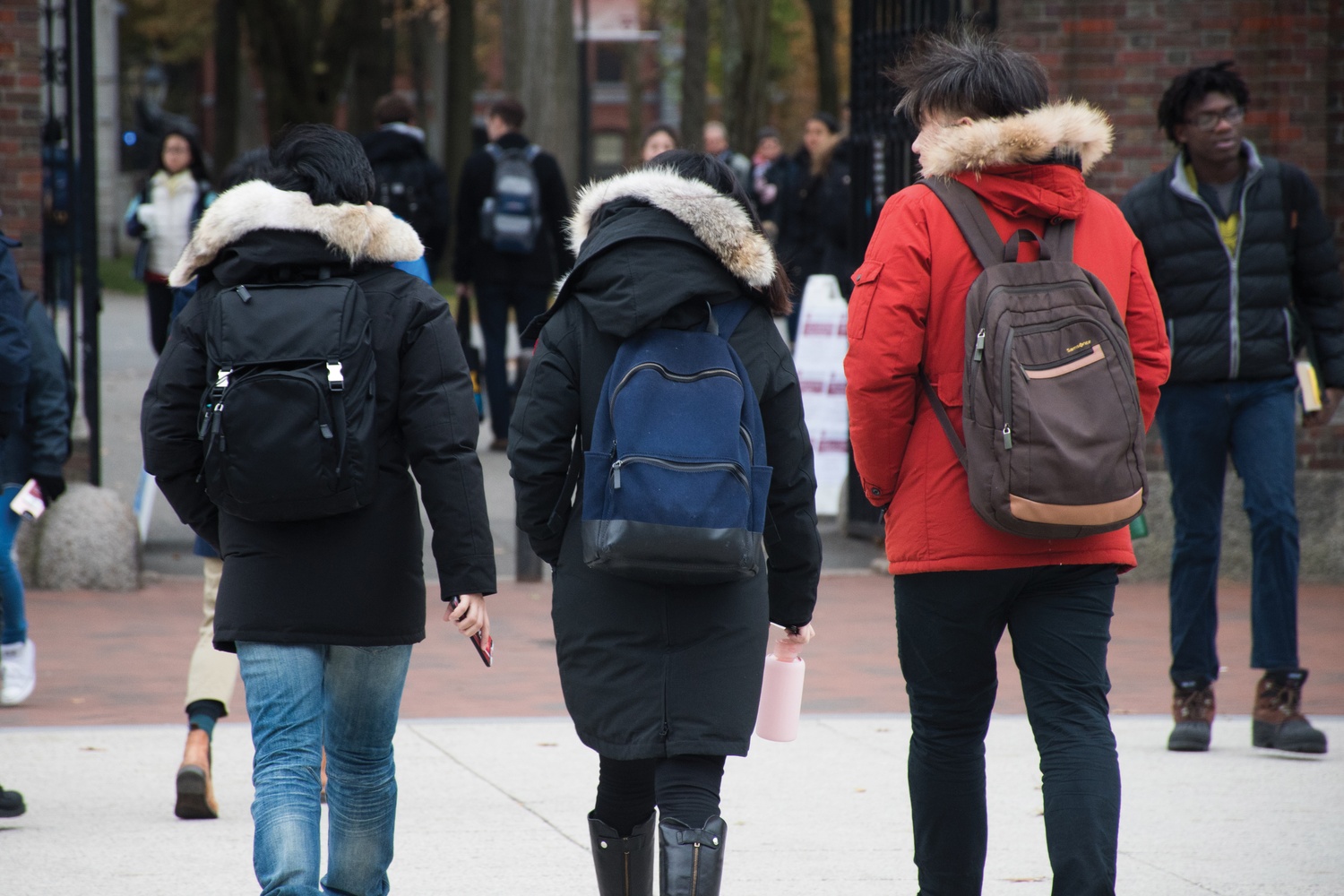 The recent fall in temperatures has prompted students to break out their heavy coats and other winter clothing. By Megan M. Ross
By Andrea M. Bossi, Contributing Writer

As leaves fall from the trees and temperatures drop across Cambridge, Mass., Harvard students have begun to emerge in puffy coats and layers bundled against the colder weather.

“I generally wear around three to four jackets depending on if it’s raining or not. If it’s raining then I add another one,” Jasper W. Fu ’21 said. “I wear two pairs of socks with my boots unless all my socks are in the laundry.”

For many Harvard freshman from warmer climes, this will mark the first time they see snow or experience temperatures below freezing.

Raissa Chughtai ’21, who is from Pakistan, said she recently ordered a winter coat. She said she wants to be prepared for the lower temperatures and all the snow to come in future months.

“Mentally, I knew it was going to happen, but physically, I was not prepared for it,” Chughtai said. “I even got some boots now after it got so cold.”

The lowest recorded temperature in Cambridge so far this school year occurred last Saturday, when the temperature dropped to 23 degrees. But the weekend was downright balmy compared to three years ago, when Harvard made the rare decision to cancel classes three times after historic blizzards.

Hawaii native Case McKinley ’21 said he is adjusting to the new climate, but misses the beaches of his home island.

“I was under the impression that wearing a jacket made you not as cold, but it’s not true. It still sucks,” McKinley said. “I miss the sun too. It’s harder to be as happy without it.”

As autumn continues, the change in weather is a shock to the systems of many students from warmer climates. But some, like Paul J. Yanez ’20 of California, aren't bothered: “It’s not bad. I’m used to it from last year,” Yanez said. “I kind of like the cold. The worst part is the lack of sunlight."

The College’s Financial Aid Office administers a Winter Coat Fund to qualifying low-income students through the Harvard Financial Aid Initiative. Dean of the College Rakesh Khurana wrote an email to students eligible for the grant in late October informing them about the opportunity.

“The late Clara B. Kimball made a generous gift to Harvard to help students with financial needs that were not covered by ordinary aid,” Khurana wrote. “With winter fast approaching, I am pleased to inform you that you will be receiving a grant from the Bertram Kimball Fund to help you stock up on necessary items to keep you warm in the months ahead.”