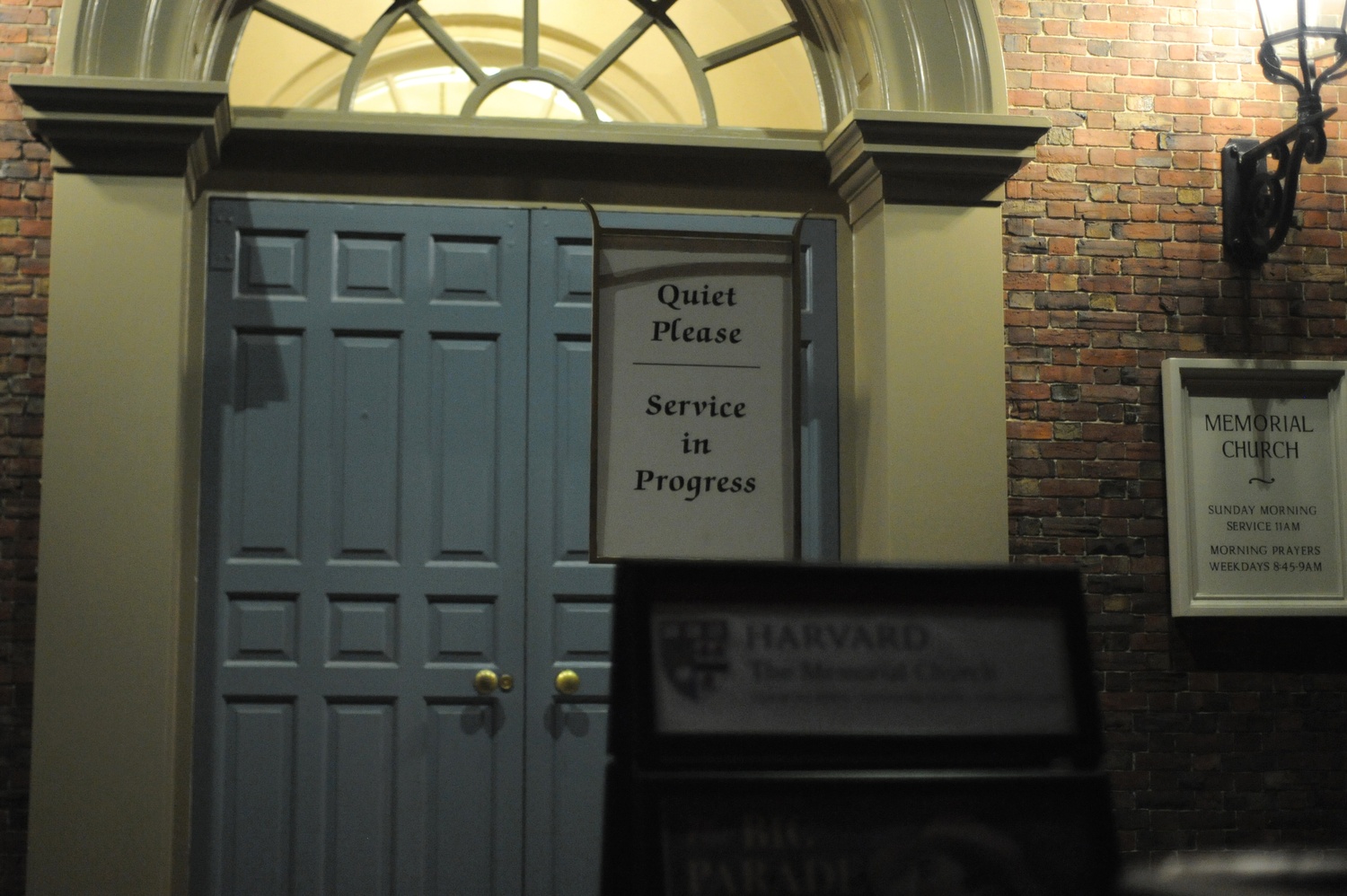 Dozens of students, alumni, and professors gathered to honor the life of Alexander H. Patel ’17 -’18, a Harvard senior from Denver, Colo., at a memorial service hosted by the College in Memorial Church Wednesday evening.

Patel died unexpectedly in late October at the age of 22. Dean of the College Rakesh Khurana wrote in an Nov. 2 email announcing the memorial service that Patel’s loss was “felt deeply” by Harvard affiliates.

“Many of us knew Alexander as a brilliant and supportive classmate, and as a true friend,” Khurana wrote in the email. “Both the service and the reception will prove the opportunity for those in our community whose lives were touched by Alexander to come together.”

Patel, a Philosophy and Mathematics concentrator and award-winning former Crimson News editor, died by suicide, according to the Massachusetts Medical Examiner’s Office.

At the service Wednesday evening, family and administrators—including Khurana—spoke about Patel’s kindness and devotion to his friends. Others remembered Patel as a brilliant student with wide intellectual interests ranging from computer science to ancient Greek classics.

On campus, Patel worked as a teaching fellow for various Computer Science classes, conducted research in a lab run by Computer Science professor Margo I. Seltzer ’83, and held a side job as an information technology consultant. He also wrote covered Harvard Business School for The Crimson and served on the paper’s data analysis team.

A data-based 2015 story on faculty political donations Patel helped report earned him a national award from the Associated Collegiate Press.

“He was an unbelievable friend, and he never hesitated to bring me into his life or to be generous with his time,” said Christopher P. Barry, one of Patel’s high school friends. “He was one of the best people I ever knew. He deserves to be remembered as such.”