A Sports Fandom in the Shadows 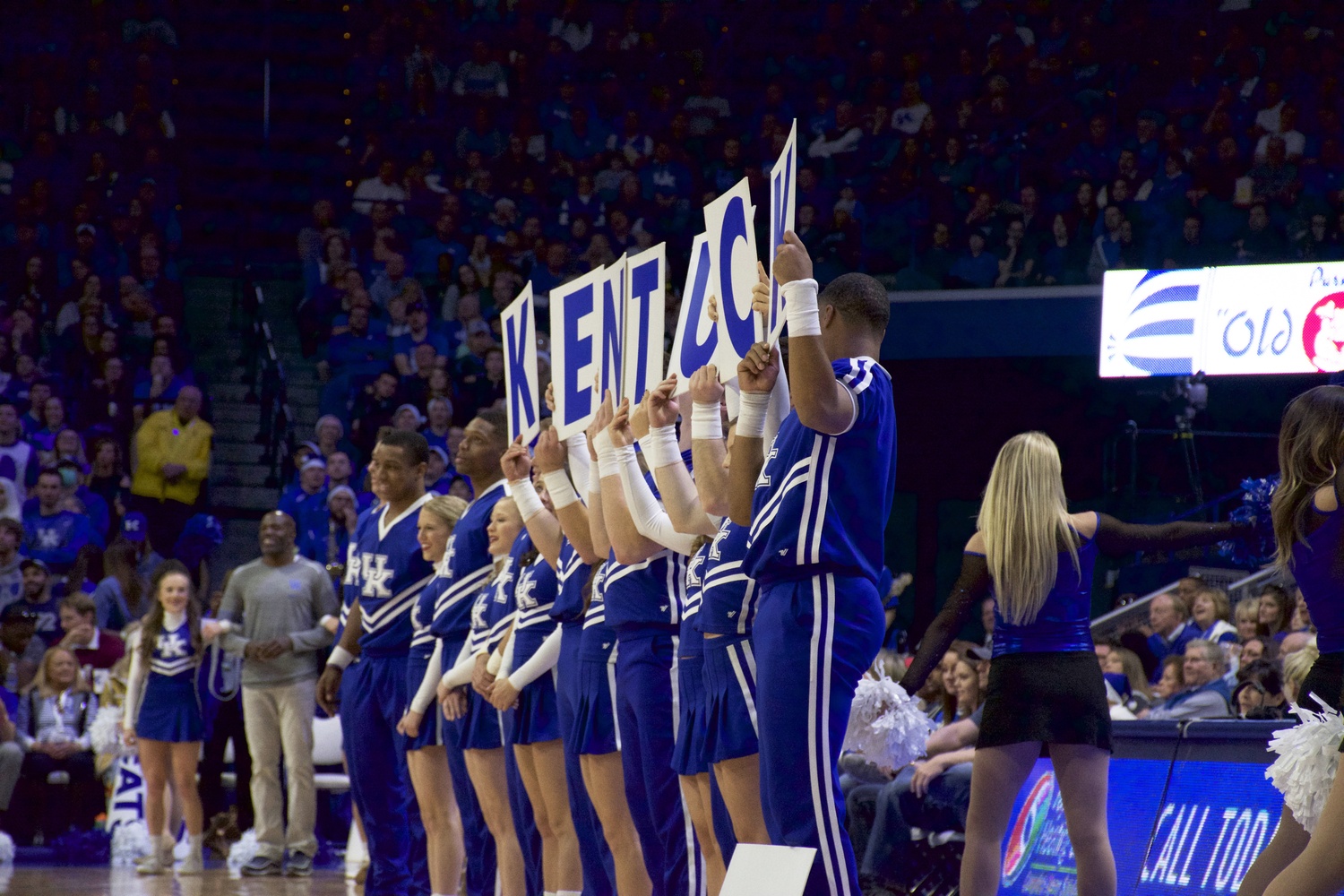 Two weeks ago, three members of the Sports Board arrived at an unlikely destination—Cincinnati/Northern Kentucky International Airport, a marvel of modern architecture that has moving walkways, generous windows, soft carpets, plentiful Wifi, and very few people.

Well, we have stories to tell.

Few would label Lexington the Kremlin on the Kentucky. Cambridge has coffee shops and banks. Lexington has college bars and fraternities. In this city of 300,000 people, brunch spots serve cheddar grits and sausage gravy. The Kentucky bookstore sells “game shorts,” which feel like cardboard but retail for more than an Ec10 textbook. At the same time, a pitcher of Bud Light costs less than a Felipe’s burrito.

Our lone mistake came in not visiting the nearby Kentucky Horse Park, which is sort of a living museum for old racehorses. Consider the attraction a halfway point between the Belmont Stakes and the glue factory. By the way, residents of the Bluegrass State love their thoroughbreds as much as Meg Leatherwood loves Clemson. As Toby Keith famously sings, “Whiskey for my men, beer for my horses.” In Lexington, that statement holds true, assuming that horses drink 40s of Miller Lite.

The highlight of our journey came at Tin Roof, a live music venue where everyone except us wore Christmas sweaters. Cade Palmer, although absent, would have enjoyed the environment. As for the three of us, we felt like we were back in Cambridge at a Ten Man party when the band queued up “Mr. Brightside.” Joy turned to despair when the lead singer pulled out his phone to check the lyrics. To say that were disappointed would be akin to calling Kanye West “a bit different.” Or calling the Cuban missile crisis “a minor misunderstanding.” Or saying that Andy “kind of looks like a stoner.”

(Note to everyone, especially our editors: This quote is really, truly accurate.)

Then came Saturday, when—right—we had a game to cover. Many expected Harvard to be roadkill, similar to what one can find at each mile marker along Interstate 75.

As jarring as that drive was, nothing could prepare us for the strangeness of Rupp Arena, the largest indoor arena in the United States. The stadium is at least five times larger than the full-size replica of Noah’s Ark that sits 50 miles down the highway. This roadside attraction, called “Ark Encounter,” was closed when we left on Sunday. What were the odds?

Rupp Arena, however, was far from shuttered. A stream of blue hats ran from downtown Lexington, past a fluorescent mural of Abraham Lincoln, around the Indian restaurant where Jefferson Davis used to live, and through the doors of the stadium. It felt like Times Square, except all the food cost under $10 and no one shouted obscenities at us.

By tipoff, Wildcats fans had nearly filled the 23,500-seat space. Sitting on the floor, looking up, we felt like awestruck gladiators about to meet their fate. Which is pretty much what Crimson players were. Few fans held out hope of a Harvard victory.

At the front of Rupp, posters had informed us that the event organizer had prohibited the carrying of firearms into the stadium. Harvard forward Seth Towns must not have seen the notice because the sophomore nailed targets all afternoon. Were Kentucky fans troubled? Not at all. Slick-haired Calipari patrolled the sidelines. And during timeout breaks, lest the stadium grow restless, cheerleaders would emerge and perform cult classics such as “pivot a 75-foot flag around the stadium” and “spell out the letters K-E-N-T-U-C-K-Y by hurling your body on the hard floor.” Apparently, it’s a great honor to do so at Rupp.

Harvard lost, sure. The 79-70 result was a moral victory for the Crimson, but moral victories in NCAA basketball mean as much as credit cards at Mike’s Pastry. The greater revelation took place off the court. That’s where Wildcats fans had a blast. They screamed about three-pointers, berated missed calls, and even started cheering when the fire alarm went off. Emotions swelled in our chest, even though we didn’t have a rooting interest.

Sports Chairs of yore have lamented the lack of sports fandom at Harvard. “No one watches games,” the argument goes. “Harvard students think the Ancient Eight is a collection of Pokemon. How can you build community out of this mess?”

True, Lavietes Pavilion is no Rupp Arena. And true, Crimson players don’t receive autograph requests on their way out of Annenberg. But after four years of sports writing, we can report that community does exist around Harvard Athletics. It exists in hidden pockets—but exists nonetheless.

You can see community in the way that teammates treat each other. College sports require months of work. Discipline hardens bonds. You don’t sweat alongside someone for four years without gaining some respect.

Community extends beyond single teams, however. All athletes use the same facilities. The Palmer-Dixon Center for strength and conditioning. The same sports medicine rooms for stretching and rehabilitation. The Weeks Footbridge for walks over the Charles River on cold mornings. Harvard fans may never turn out en masse for a non-conference basketball game, but Crimson players still feel a connection to their uniform. The “Harvard” in “Harvard Athletics” actually means something.

As editors for The Crimson, we’ve had a chance to experience such community firsthand. Granted, the Sports Board is not an actual team. We’ve played one official game (in pickup basketball) and suffered one official loss (in excruciating fashion). Please check out our online article—it’s one of the finest pieces of journalism produced by The Crimson ever.

Still, we can bond over the trials of different teams. We can emulate the principles of hard work and unity that drive the players that we cover. We can train, strategize, and perform. Besides, transcription is kind of a sport.

Lexington is a fun town. We leave with warm memories and no permanent tattoos. Yet we’re glad to be back in Cambridge. Sometimes you need to drink two fish bowls even though all your body needs is a glass of water. Sometimes you need to order a banana at Panera Bread because all you’ve eaten in the past day is Taco Bell, McDonald’s, and Chik-fil-A. Sometimes you need to visit the largest indoor arena in the the United States and marvel at the size of the Kentucky flag.

And sometimes you need to come home.