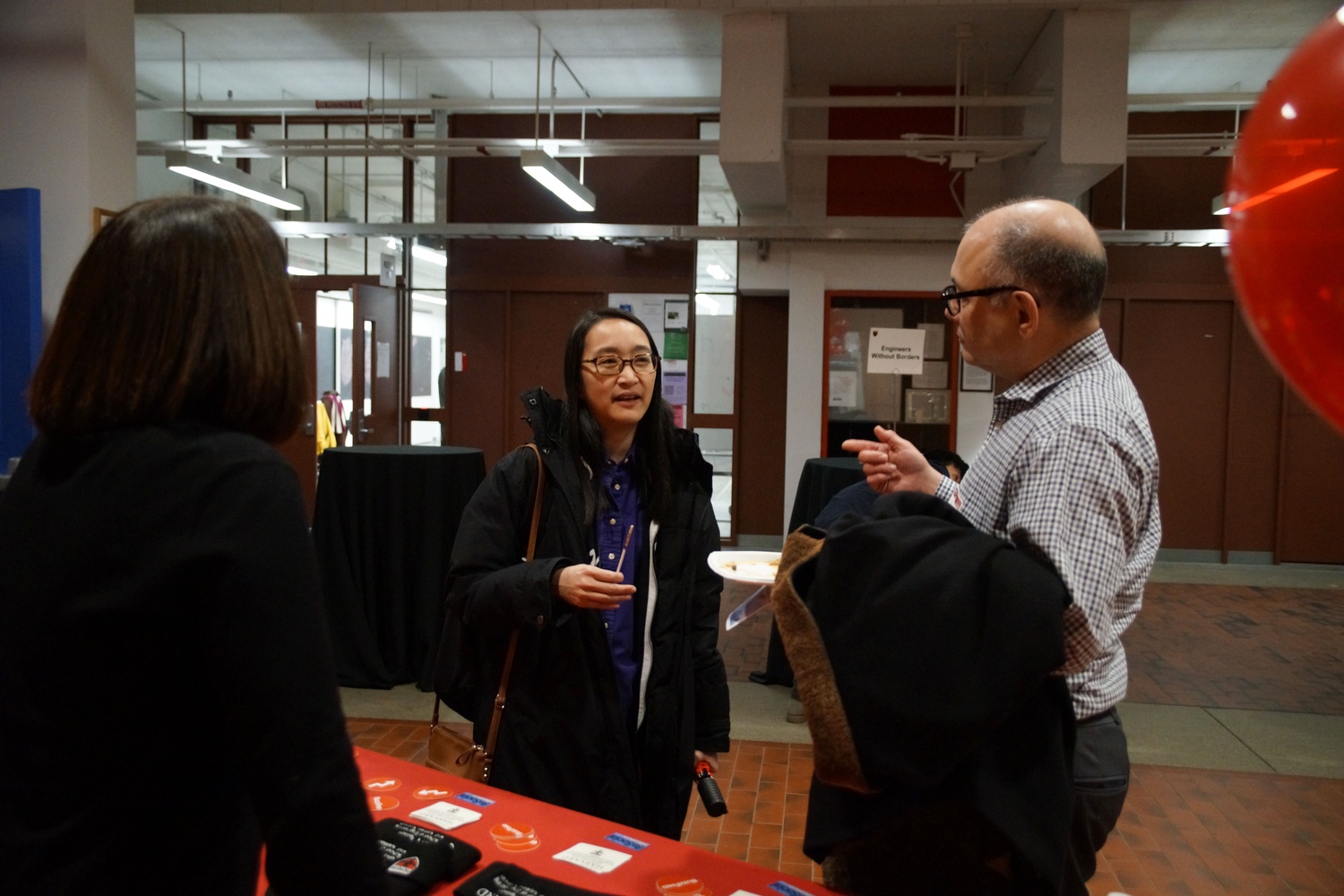 The School of Engineering and Applied Science welcomed sophomore concentrators in a first-of-its-kind convocation ceremony that featured an alumni panel and a reception with SEAS student organizations.

All 320 sophomore SEAS concentrators—whose addition brings the school to a record-high 943 total concentrators—were invited to attend. Though SEAS Director of Events Susan Forrest said 200 concentrators RSVPed, only some of those students attended the event in Science Center B on a grey Tuesday evening.

SEAS spokesperson Paul Karoff said the convocation is “one of a number of outcomes we’re experimenting with to create a better community at SEAS. He added that classes of SEAS concentrators aren’t usually all brought together until graduation.

“I could go through many other examples here of the amazing student teams, J-term, and summer term projects,” Doyle said. “These are the opportunities that are available to you, the newly declared concentrators in SEAS: to tackle hands-on projects, learn new skills, to experience different cultures, and work with people with a different perspective.”

SEAS has enjoyed significant and sustained growth since it became a school in 2007. In the 2007-2008 school, year SEAS had 291 undergraduate concentrators. The school’s 934 concentrators constitute roughly one-sixth of Harvard undergraduates.

After his initial remarks, Doyle moderated the alumni panel, directing questions to panelists about their time at SEAS and subsequent career paths.

Joanne B. Chang ’91, the chef and co-owner of Flour Bakery—which recently opened a Harvard Square location—spoke about “trying to find what [made] her heart sing” at SEAS. She graduated with a degree in Applied Mathematics and Economics before becoming a management consultant and then professional chef.

Eric N. Hysen ’11, the executive director of the Department of Homeland Security’s Digital Service, said he was opposed to concentrating in anything related to math or engineering when he first arrived at Harvard. He ended up concentrating in Computer Science with a secondary in Government, and integrated both as a member of the U.S. Digital Service in the White House.

“I would encourage everyone to look outside of what you’re studying,” Hysen said.

Julie Kitchenka Ferland ’98, General Manager at Shell TechWorks, and Dao Nguyen ’94, a publisher of BuzzFeed, were the ceremony’s other panelists.

A reception followed the panel, and the new concentrators were invited to speak with representatives from an array of engineering-targeted student organizations.