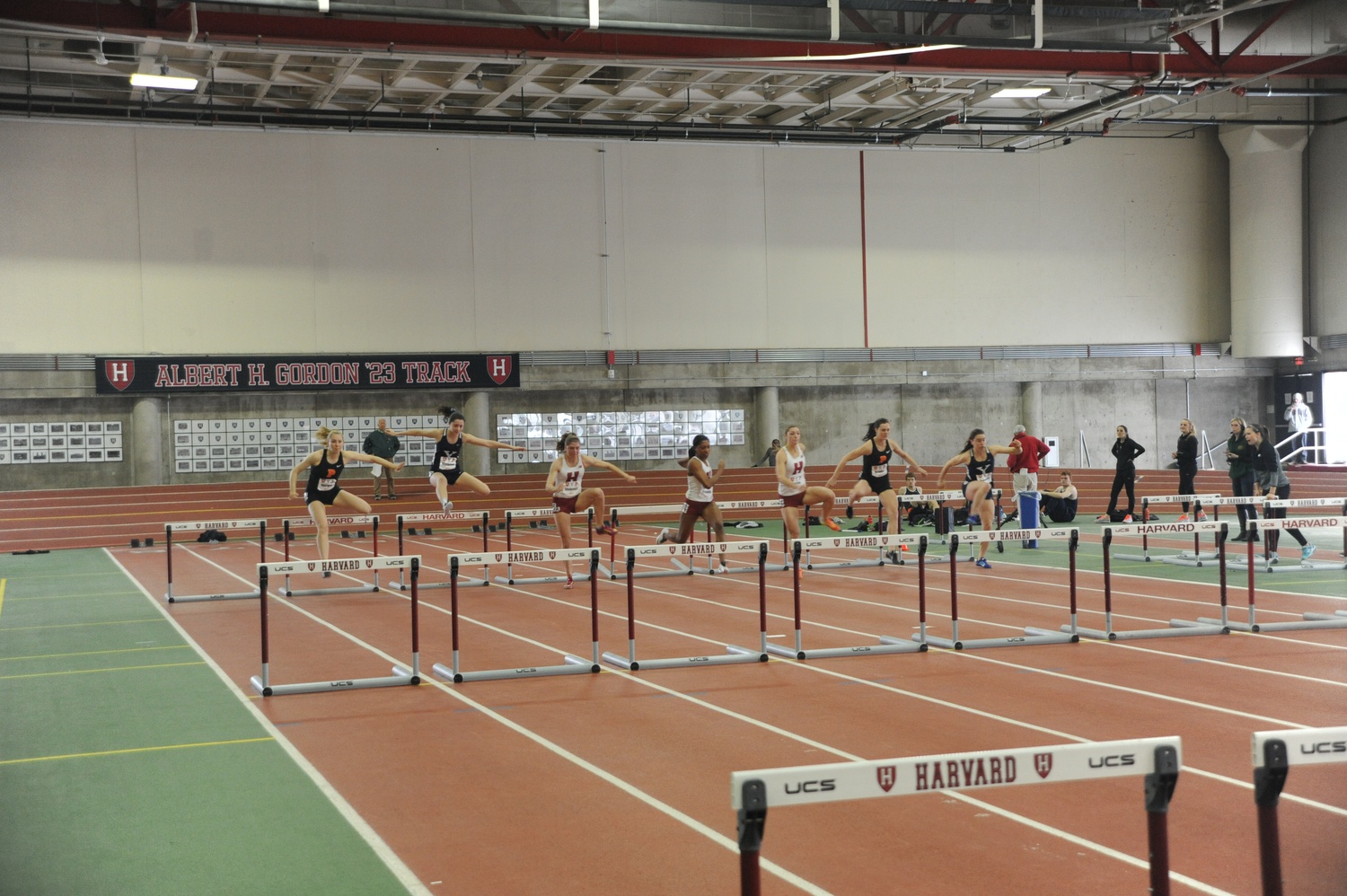 Another meet, another record for sophomore sprinter Gabby Thomasonly this time she set it on the national stage.

Thomas was one of four members of the Harvard track and field team to travel to Texas A&M for the NCAA Indoor Track and Field Championships on March 10th and 11th. Also competing in other events were freshman pentathlete Judy Pendergast, freshman distance runner Zoe Hughes, and senior thrower Nikki Okwelogu. Though all four athletes put in strong performances at the championships, it was the sophomore alone who had a historic showing.

Finishing with the seventh-fastest time in the semifinals, Thomas became the first woman from the Ivy League to ever advance to the 200-meter dash final at indoor NCAAs.

In the championship race, the Florence, Mass. native crossed the finish line with a time of 23.35 to place eighth overall in the event. In recognition of her efforts, Thomas earned first-team All-America status. Hughes and Okwelogu also finished the meet as All-Americans, making Okwelogu the first three-time recipient in program history.

Thomas capped off an incredible run to the most prestigious collegiate indoor meet with a preliminary time of 22.88 at the Ivy League Heptagonal Championships in the same event. The time was the seventh-fastest in the country, automatically qualifying her for the NCAAs and making her the sixth seed overall. Thomas’ qualifying mark also won her a second consecutive 200-meter dash title and was a new indoor school and Ivy League record.

The sprinter’s momentum from Heps carried over to NCAAs, as Thomas made history during the semifinal round of the 200-meter dash. Yet, through all of her success and her record-breaking season, Thomas has remained humble and is simply happy to have competed at the national championships and to be able to continue pushing herself every race.

“Going into the NCAAs, I was mostly grateful to be there and mostly looking forward to running among the best in the country to be able to challenge myself physically and mentally,” Thomas said. “What motivates me every day is to know that at the other side of hard work and dedication are results. Knowing that it’ll pay off and the feeling when I accomplish that goal, whether it be nationals or breaking 23 seconds indoor.”

Her determination and motivation to always push herself just a little bit harder were clearly demonstrated in her semifinal race at NCAAs. Sprinting across the line in a time of 22:89, only .01 seconds away from her personal indoor record, she finished second in her heat and advanced to the coveted finals for the first time in Ivy League history.

“She’s an amazing athlete, and her best qualities really showed at the finals,” Pendergast said. “I would describe Gabby as focused but relaxed. She knows exactly what she wants to do, but she’s never nervous about achieving that goal.”

On the final day, Thomas could not match her speed from prelims. The Florence, Mass. native clocked in at 23:35 to place fourth in her heat and eighth overall. Oregon sophomore Ariana Washington, who was a 2016 Olympian for the United States, won the event with a time of 22.42.

At the conclusion of the meet, Thomas received first-team All-America status for the second time in her Harvard career and the first time for her indoor efforts.

“Gabby is an amazing teammate,” Pendergast said. “She’s always willing to make you laugh, and always has fun, no matter what the results are of a race, she’s just so happy to be there doing what she does.”

For her teammates, the record-breaking sprinter is more than just a teammate: she’s a close friend and an inspiration to push themselves.

“Gabby is an inspirational teammate because she always gives it her all and pushes herself and all of us to do more than we thought we could,” Hughes said. “Seeing her do so well at the finals was great, and we’re all really proud of her.”

Despite not winning the national title, the sophomore sprinter was very happy with her indoor season this year, and is ready to transfer her indoor success and energy outdoors for the remainder of the track and field season.

“I was happy with the PRs I made and being able to compete at such a high level throughout the season,” Thomas said. “It’s exciting seeing really good competition such as Oregon. I’m looking forward to outdoor because it’s my favorite and seeing how far I go at Nationals.”

—Contributing writer Kim Arango can be reached at karango@college.harvard.edu