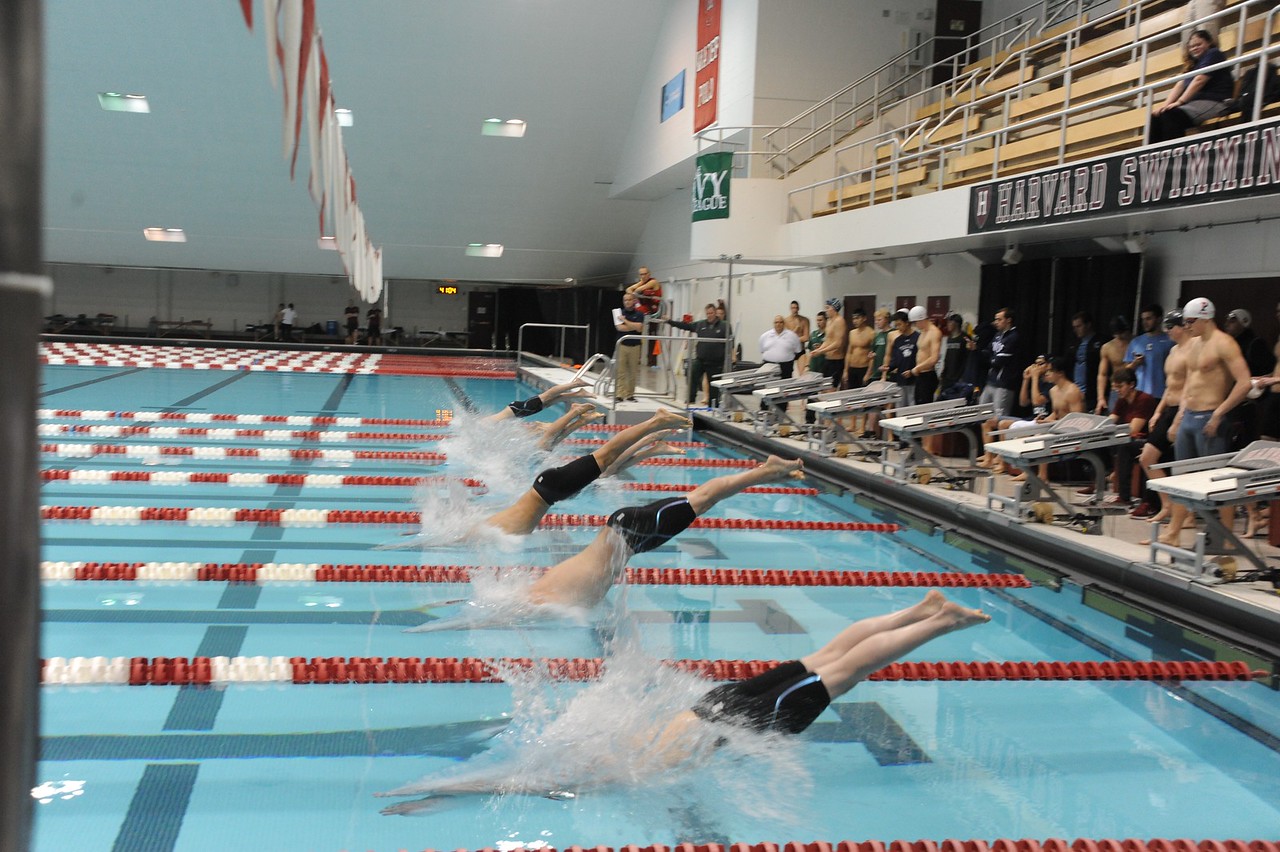 Freshman Dean Farris put on quite the show at the NCAA Championship meet, breaking two school records and finishing just behind three former Olympians in the 200 freestyle finals.
By Henry Zhu, Contributing Writer

Becoming the new center of attention on campus, the Harvard men’s hockey team clinched its first trip to the Frozen Four last weekend since 1994 with wins against Providence and Air Force this past week.

This historic team achievement likely overshadows important personal distinctions awarded over the weekend, such as the Most Outstanding Player in the East Region; this was given to none other than Merrick Madsen, the stalwart junior goalkeeper for the Crimson.

On Friday’s regional semifinal against Providence, Madsen dominated through a complete shutout, tallying an impressive 41 saves. Harvard allowed a total of four power plays during the game, but Madsen preserved his goalless streak through these eight minutes of undermanned play to help the Crimson win 3-0.

“I thought Merrick was our first star,” head coach Ted Donato said. “Merrick was excellent early on and gave us a chance to not have to chase the game.”

Saturday’s 3-2 regional final victory against the United States Air Force Academy was much more nerve wracking, but Madsen’s eight saves in the final period were crucial for Harvard to preserve its lead and emerge victorious. Madsen finished the contest with 27 total saves, holding off a very aggressive Air Force team down three goals by the halfway point of the second period. Madsen’s win extended his single-season wins record to 28 wins, a program-high.

“For me, it’s just getting some bounces and staying focused,” Madsen said. “Once we got through that we felt like we were in a much better place as the game went on.”

Madsen also earned a spot on the 2017 All-East Regional Team along with Harvard senior forward Tyler Moy, sophomore forward Ryan Donato, and freshman defenseman Kyle Fox. In the Crimson’s history, only two members of Harvard’s hockey program have ever been awarded All-Regional honors.

“We’ve gotten big saves when we needed to,” Donato said. “Certainly Merrick had some saves coming down the stretch.”

For the Crimson to continue its quest for a national championship, Merrick will without a doubt need to continue anchoring what appears to be an impenetrable net.

“I think I accomplished all my goals this year,” Farris said. “I was so happy with how the team performed and I think this year sets us up for the future.”

In the 200 freestyle finals on Friday, Farris finished fourth with a time of 1:32.25. This may not immediately jump out as noteworthy until recognizing that the top-three finishers were all former Olympic swimmers. Among these three Olympians, two of them—Texas sophomore Townley Haas and Indiana junior Blake Pieroni—own gold medals in freestyle relays from last year’s Rio Games.

In addition to proving his ability to compete against Olympic-caliber swimmers, Farris set new standards for Harvard swimming, breaking the school record in the 200 back prelims with a finish of 1:39.99. As a team, Farris’s performance in the 800 free relay helped to set a new school-record with a finish of 6:17.26, which earned him his third All-America honor.

“Huge shoutout to Dean for putting our team on the map and proving that you can do incredible things in the Ivy League,” senior Max Yakubovich said. “I’m glad I could finish out my last season with him.”

This championship meet simply topped off a remarkable season for the star freshman, which saw him deliver a nation-leading 200 free time during Ivy Championships as well as take home more All-America honors than any Harvard swimmer in the past seven years. The Crimson dominated the Ivy League, not only capturing the Ancient Eight championship but finishing the best among the Ivies at this year’s NCAA Championships, at 27th overall.

“Dean was great all year and he did what we all knew he was capable of doing,” sophomore Brennan Novak said. “I thought it was really impressive how he handled the pressure of coming into this meet as a freshman.”