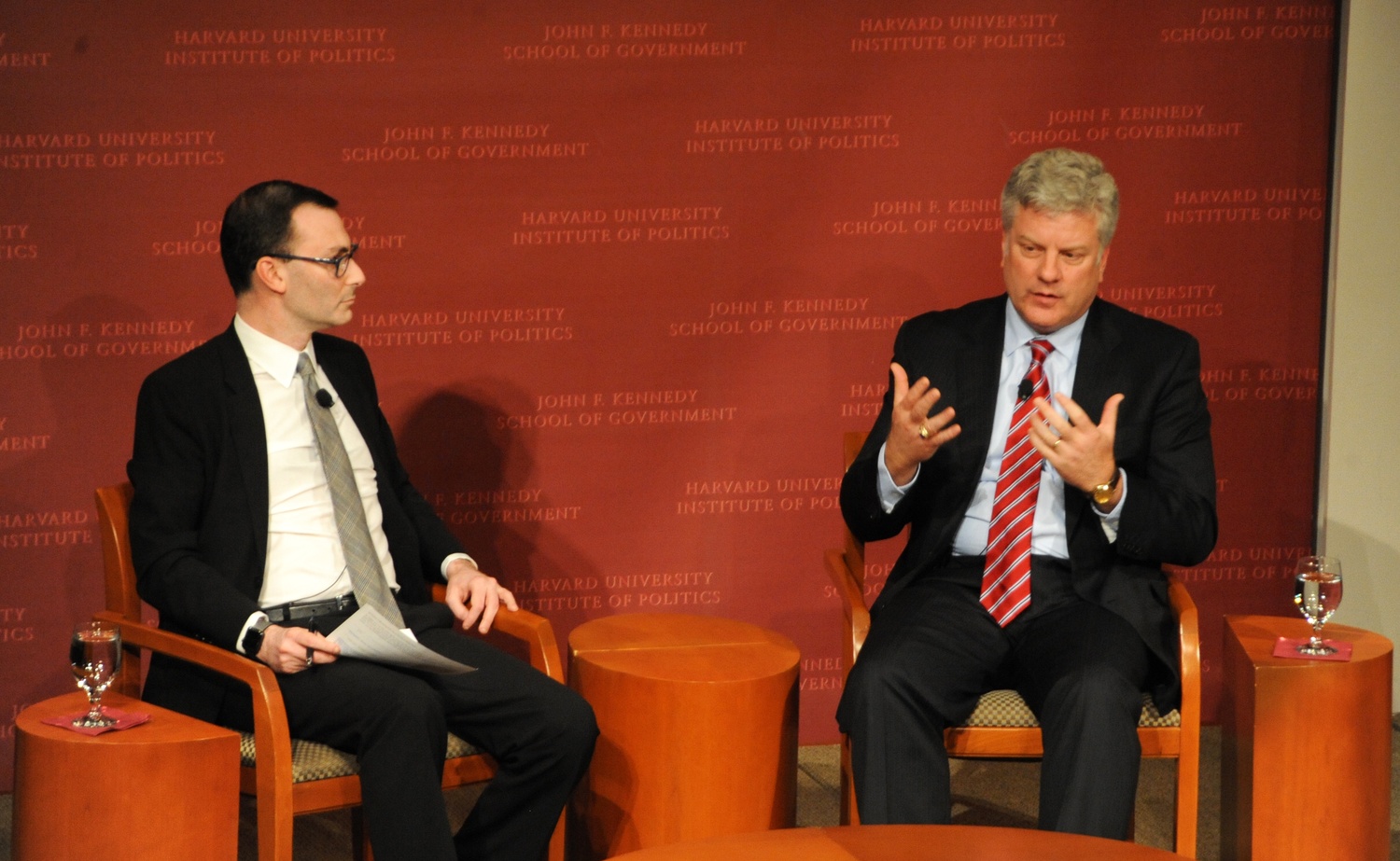 DARPA is an agency of the Department of Defense charged with developing technologies for America’s military forces. Walker discussed the current goals of DARPA and made the case for working for the agency instead of taking jobs at other technology firms. Michael Sulmeyer, director of the Cyber Security Project, moderated the event.

Walker spoke about artificial projects DARPA is currently developing, such as the Explainable Artificial Intelligence project, and said that the Department of Defense does not allow automated weapons to be lethal.

“We’re very clear in DoD about having lethality, or weapons, under human control, and I’ve never talked to a sailor, airman, soldier, or marine who doesn’t agree with that, that the lethality decision should always be made by a human,” Walker said. “We never want to put the machine in charge.”

Walker also spoke about DARPA's cybersecurity initiatives, pointing to a specific instance in which a program manager posed a challenge to the agency.

Questions from the audience ranged from the broad“What is war?” to the more specific. Responding to o an audience question about how DARPA was adapting to the new presidential administration, Walker said the transition is “going great.”

“We have our heads down doing what we always do,” Walker said. “We get complete support from both sides of the aisle, we’re a very apolitical organization… I think it’s going to remain that way.”

One audience member, Patrick V. Ramirez ‘20, asked about how DARPA attracts top performers when they can get higher paying jobs in the private sector. Walker responded by citing individuals’ desires to serve the country and work on meaningful projects.

“If you come to DARPA it’s all about the mission, and that attracts a lot of people,” Walker said. “They’re willing to take less money to work at place that is that dedicated to getting job done.”

Walker also emphasized DARPA’s role as a stepping stone to other careers in technology.

“You go places after you come to DARPA... Generally people go on to much bigger and better things. Turns out the person in charge of research at Microsoft, Facebook, and Google are all former DARPA [project managers].”