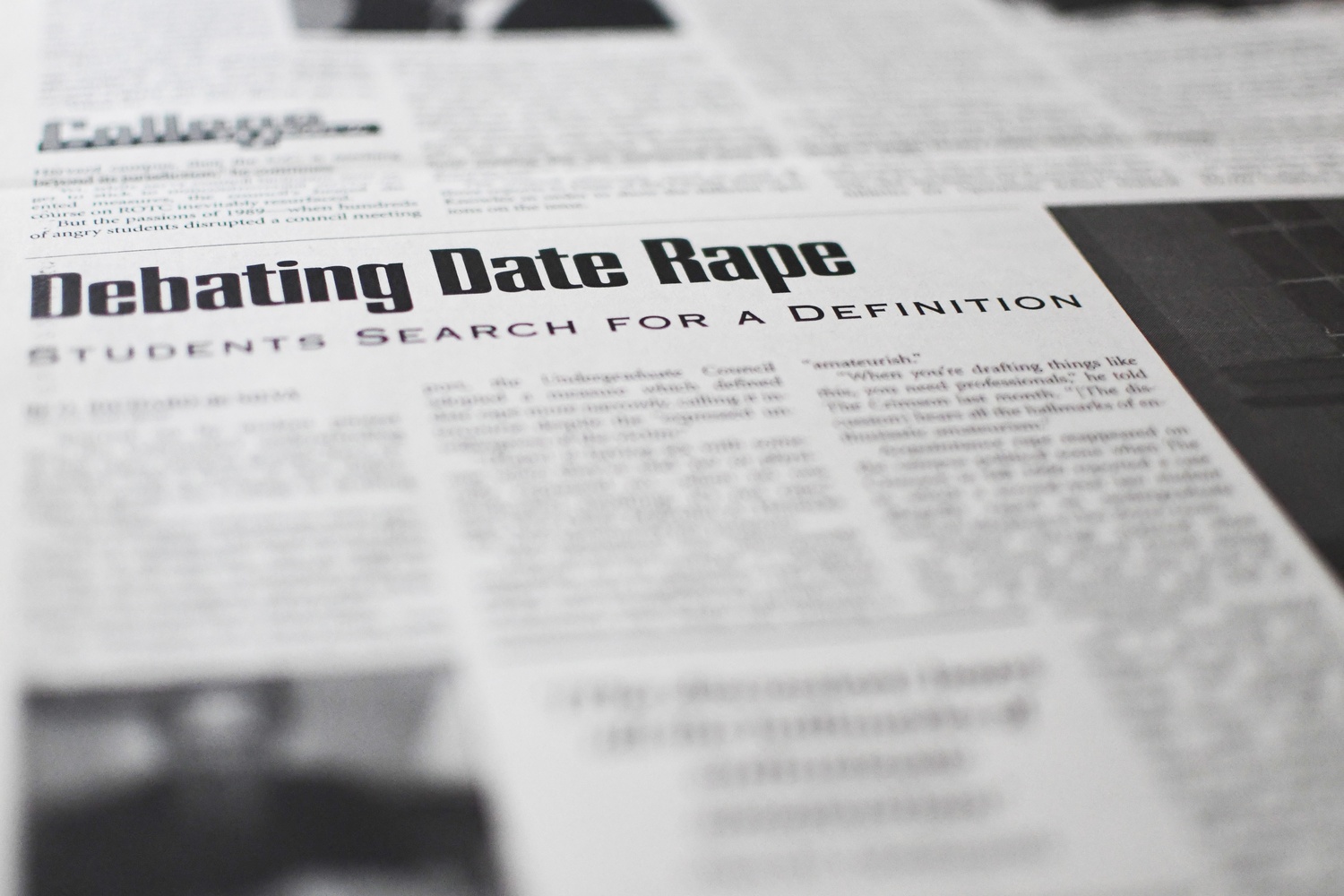 An article in The Crimson's 1992 Year in Review issue. By Derek G. Xiao
By Angela N. Fu, Crimson Staff Writer

Twenty five years ago, the definition of sexual assault became a center of debate on Harvard’s campus. The controversy arose from comments on sexual assault from former Dean of the College L. Fred Jewett ’57, which set off a firestorm of protests.

“When people are drunk, they may not remember whether they said yes or not,” Jewett said in 1990, explaining that substance abuse often plays a case in sexual assault cases. “The person that’s drunk is not always clear, is not articulate, and that’s why you get these cases.”

Criticizing the dean for his perceived insensitivity to sexual assault victims, students marched and launched an “Attack Jewett” campaign. In response, Jewett set up a Date Rape Task Force that included students and faculty, charging it with the creation of a set of recommendations for the College regarding sexual assault policies.

Appointed in 1990, the Date Rape Task Force’s efforts culminated two years later with the release of a report advocating for structural changes in the Administrative Board’s handling of rape cases and a radical redefinition of what constituted rape.

“Rape includes any act of sexual intercourse that occurs without the expressed consent of the person, or is accompanied by physical force or threat of bodily injury,” according to the report. “Lack of consent may be indicated physically or verbally and needs only to be expressed once.”

The need for “expressed consent” became a center of debate, especially after the Undergraduate Council put out its own report in response to the Task Force’s report. The UC offered a much narrower definition of sexual assault, requiring “expressed unwillingness” on the part of the victim instead.

Naomi M. Hamburg ’92, an undergraduate member of the Task Force, disagreed with the UC’s proposed definition, which would have put the burden of objecting to sexual advances on the victim.

“To me, the fundamental message of having expressed consent is that people are going to be engaging in consensual sexual activity, and that's the way people should treat each other. And that's the message that the University should give to its students,” Hamburg said.

Many student groups, including the Civil Liberties Union of Harvard and the conservative magazine The Harvard Salient, however, claimed that “expressed consent” would result in students wrongly accusing other students—primarily men—of rape. One of the most commonly cited scenarios was that of the case in which two students had sex while intoxicated, but one or both partners had failed to provide explicit consent.

According to an op-ed published in The Crimson by Law School student Hans F. Bader in 1992, “A man can be found guilty of rape for sexual activity initiated by his partner, while a woman can perform sexual acts on a profoundly intoxicated, incapacitated male without being charged even with sexual assault.”

Tensions increased as other students added their voices to the ongoing conversation. At one point, the Harvard Political Union sponsored a panel featuring many of those involved in the campus debate, including Hamburg and Malcolm A. Heinicke ’93, the UC chair responsible for authoring the council’s definition.

A year after the report’s release, the Faculty Council adopted a definition that required sexual assault victims to “express unwillingness.” Jewett commented at the time that he was “pleased” with the result, as the policy was “quite explicit and firm.”

Over two decades after the Faculty Council voted for the UC’s definition and the Administrative Board rejected many of the Task Force’s recommendations, Harvard restructured its sexual harassment policies again.

In 2014, the University created its current Title IX policy, which defines sexual harassment as “unwelcome conduct of sexual nature.” This standard has prompted outcry among activists, and the committee currently responsible with reviewing Harvard’s policy has looked into adopting a definition that uses affirmative consent instead.

Hamburg said that she found the controversy over affirmative consent today “surprising.”

“From a human interaction aspect, it seems like this is about the right way to treat each other,” she said.

However, the affirmative consent standard, which numerous other universities, including Yale University and the University of California system, have adopted, has drawn criticism. Harvard Law School graduates Justin Dillon and Hanna L. Stotland ’99 published an op-ed in The Crimson this year calling the adoption of such policies “a grave mistake,” given the potential for wrongful convictions in ambiguous cases.

Although the issue of affirmative consent policies continues to be a source of debate, Joshua E. Burstein ’93, former co-director of the Civil Liberties Union of Harvard, said he believes the overall conversation surrounding sexual assault has improved in recent years.

“I think overall we as a society have gotten so much farther than I ever could’ve hoped for on what’s appropriate, particularly in the sexual realm, and what’s not accepted,” Burstein said. “I think that more men in particular are getting it these days than in the early ’90s."