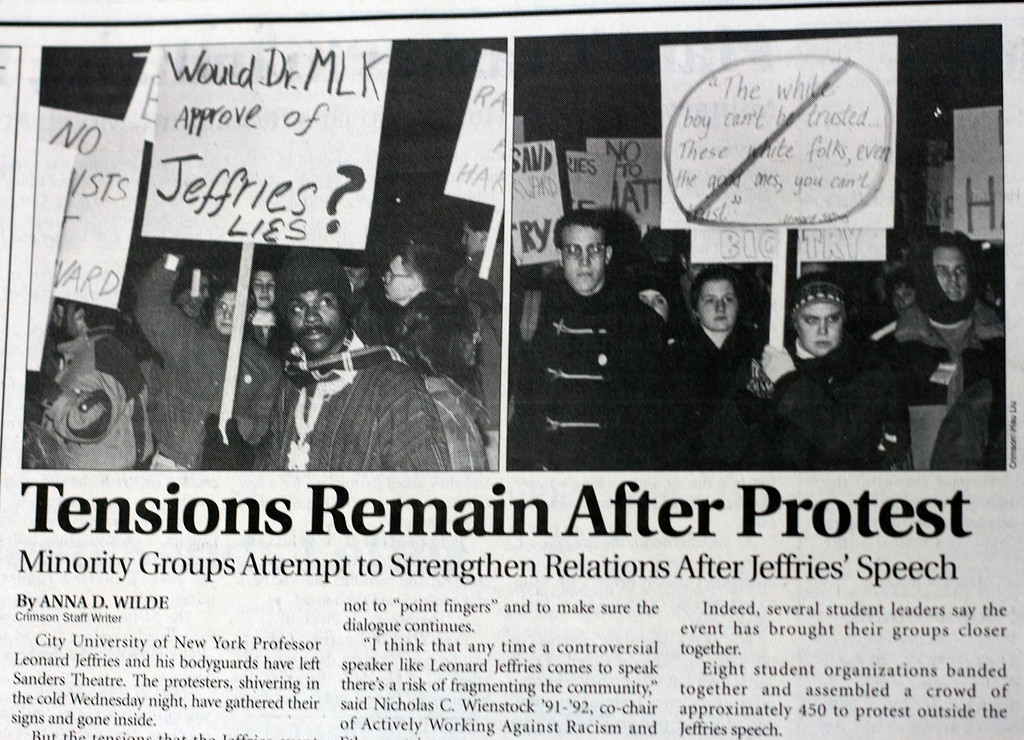 With students from minority backgrounds comprising about 35 percent of the undergraduate student body in 1992, some said they felt underrepresented and out of place.
By Kristine E. Guillaume

When Leonard Jeffries came to Harvard in February of 1992 to speak as a guest of the Black Students Association, the campus reverberated with dissent.

Jeffries, who was then a professor at the City University of New York, had been criticized for his controversial remarks perceived as offensive by members of the Jewish, Italian-American, and BGLTQ communities, among others. Students from on-campus groups such as Harvard Hillel, the Harvard College Democrats, and the Catholic Students Association, to name a few, expressed their discontent by planning to hold a rally in front of Emerson Hall during the speech.

University officials decided to move the event to Sanders Theatre in order to resolve the commotion Jeffries would bring with him to campus.

The BSA defended their selection of Jeffries among the range of speakers invited to campus to “explore diverse points of view,” according to then-BSA Vice President Zaheer A. Ali ’94.

“The topic of Afrocentrism, multiculturalism, and diversity in the curriculum was very much a topic at the forefront of people thinking about and people talking about history and education,” Ali said. “Leonard Jeffries had emerged as one of the most vocal proponents of Afrocentrism and that kind of branch of study.”

“Rather than promoting racial understanding and harmony, he was much more divisive, sort of a demagogue,” Sanghavi said.

'On the Harvard Plantation'

Reports of racial profiling of black students circulated campus. On April 9, 1992, Clinton E. Dye III ’93 was stopped en route to his home in Leverett House when police received reports of stolen bicycles from the Quad. On April 12, Luis R. Rodriguez ’94 and Raymond Joseph Jr. ’94 were stopped when rapping in the Yard near Hollis. On April 13, Stacey R. Carter ’93 said she and a friend were ignored by University police while being sexually harassed in front of Claverly Hall.

According to Ali, black students—especially black men—were often asked to show ID upon entering campus-owned buildings “with the assumption being that if you were black and, in particular, if you were a black male, that you didn’t belong on campus until you could prove you were a student.”

The cases came alongside national protest following the beating of Rodney King by four white police officers in March 1991. 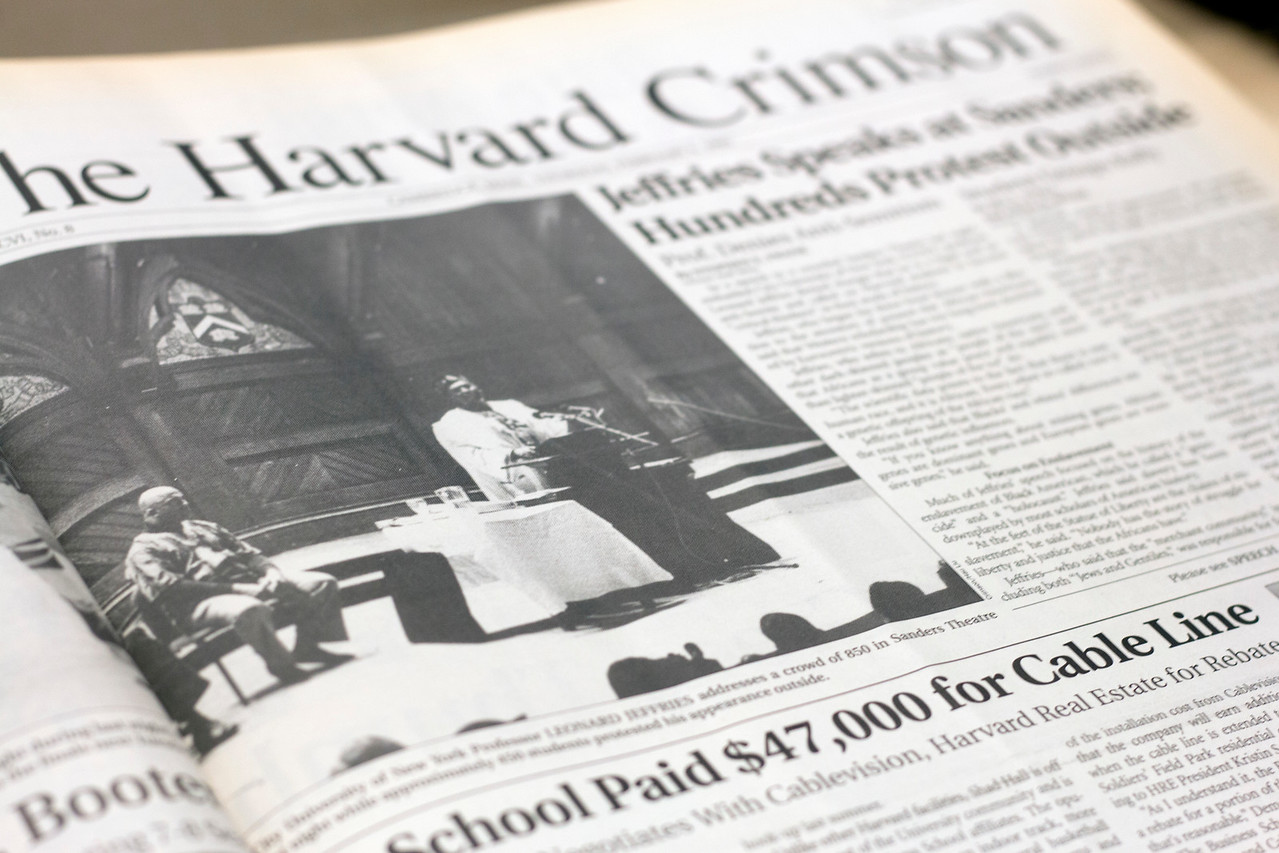 Students from on-campus groups such as Harvard Hillel, the Harvard College Democrats, and the Catholic Students Association, to name a few, expressed their discontent by planning to hold a rally in front of Emerson Hall during Leonard Jeffries' speech. By Crimson file photo

In response, the BSA wrote a flyer entitled “On the Harvard Plantation” and hand-delivered it to the doors of campus dorms and offices. The flyer compiled four instances of police profiling that black students faced across the University, according to Ali.

“This had a really profound impact: to wake up the next day, essentially, or come into the office the next day, and find this flyer detailing the point of grievance that black students had, not just in the College, but we also included concerns of members of the Black Law Students Association and the W.E.B. Du Bois Graduate Society,” Ali said.

Natosha Reid ’93 called the flyer a method of starting a “back and forth” on profiling.

“We needed to have meetings and conversations where they would understand our perspective, but also so that we could talk more about safe policing and policing communities,” she said.

According to Ali, the flyer resulted in a meeting with then=University President Neil L. Rudenstine, who was very “proactive, as were the deans at the time.”

Reid said the flyer was a “wake up call” to the Harvard administration and student body, and a move to claim visibility.

“On the Harvard Plantation” was not the only flyer that caused controversy at Harvard in 1992.

The image depicted a black woman performing a striptease for a white man while a black saxophonist played in the background. Peninsula editor Matthew J. McDonald ’92 said the flyer was the subject of “a firestorm that erupted” on campus.

More than 40 black students, many of whom were part of the BSA, walked out of the April 22 symposium in Sever Hall. Although Ali was not part of the walk-out, he was involved in protest against the flyer.

“There’s not a worse example of racism from their own perspective. It was kind of a racial provocation,” he said.

McDonald said the flyer was “deliberately provocative” and that “the poster lent itself to being misinterpreted.” However, he said the content of the symposium was not racist but “sympathetic to the African American community.” 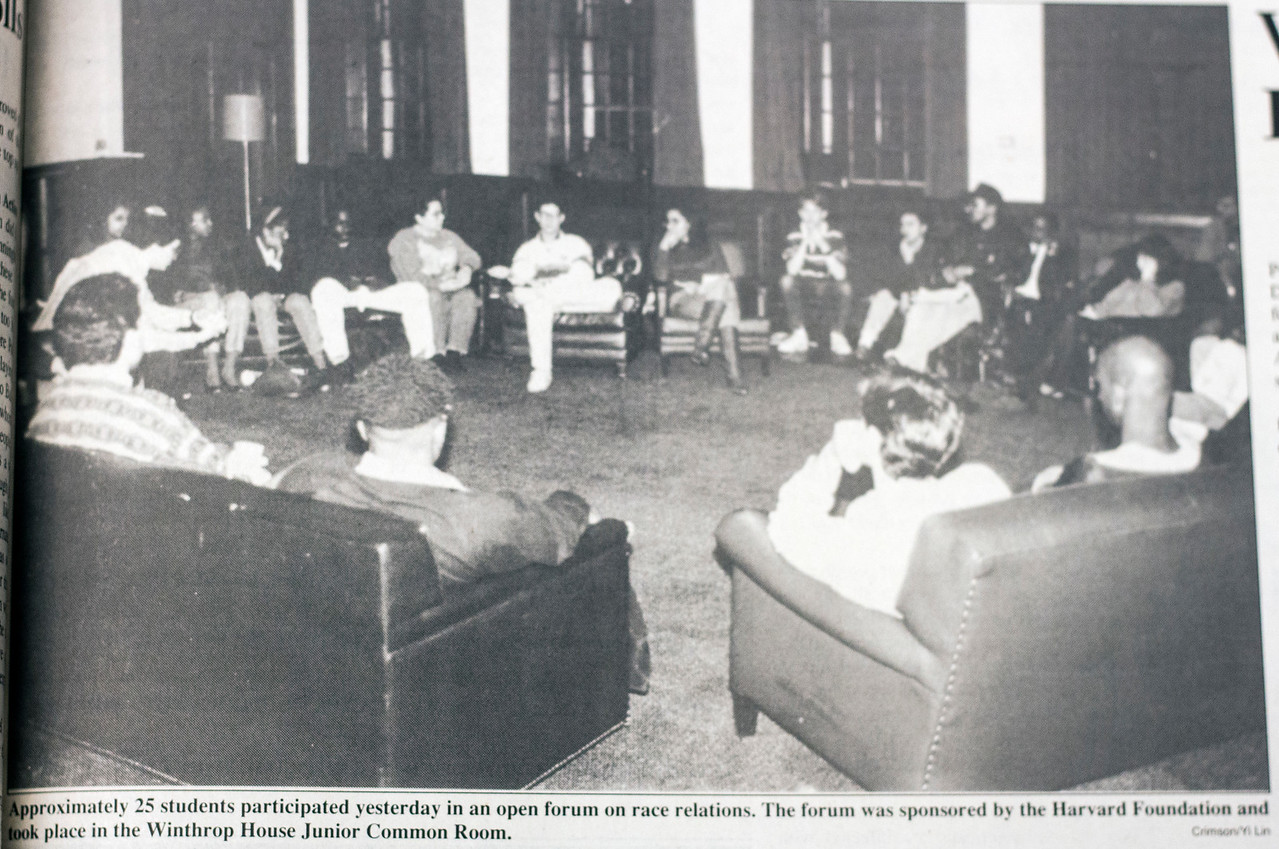 McDonald said that Peninsula “did not foresee” the reaction from the student body and the publication published an op-ed in the Crimson expressing regret for the poster, signed by Christian G. Vergonis ’92, who was on the council of Peninsula.

Sanghavi said that Peninsula’s usage of the poster was a continuation of the way the publication “took pride in being inflammatory.”

Students reached out to University administration and met with the University President, representatives of the Harvard Corporation, and various deans.

As co-chair of the Harvard Foundation Student Advisory Committee, Reid was involved in promoting discussion of minority issues at the College. She and S. Allen Counter, the director of the Foundation, wrote a letter to The Crimson identifying bias in its representation of minority voices.

“That was a plea for the importance of including diversity—ethnic diversity, religious diversity—in conversations and providing power, for lack of a word, to all of these groups to have access to the opportunity to participate, engage, and set tone for the community of Harvard,” Reid said.

Then-University President Neil L. Rudenstine made an effort to meet with minority groups on campus who were engaged in the controversial events surrounding race.

In May 1992, Rudenstine organized a race relations summit where he invited leaders of black and Jewish student groups to suggest proposals for improving minority representation on campus. Reid attended the summit with Shai A. Held ’94, the President of Harvard Hillel and a member of the Harvard Foundation. 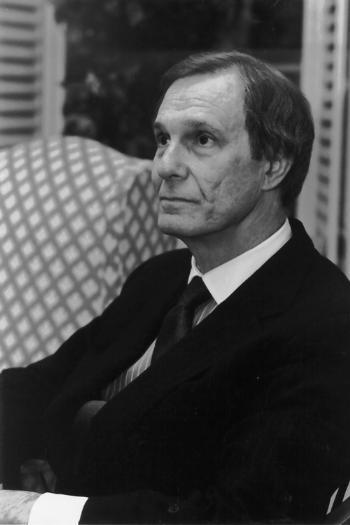 Reid and Held spoke specifically about the controversy surrounding the invitation of Jeffries. According to Reid, those conversations were “constructive and substantive conversations on areas in which we disagreed.”

The College also created working groups for minority students and coordinated house meetings to discuss riots in Los Angeles as well as other racial issues across the nation.

“We were having courageous conversations at a time when generations before us could not even have conversations,” Reid said.

“Having been an administrator from ’68 to ’91, compared to some of the earlier eras, the ’90s were remarkably harmonious,” Rudenstine said. “Which is not to say there weren’t issues. But compared to the early things I witnessed and was part of, the ’90s were really a time [when people displayed relative capacity to] come together and solve problems rather than create them.”