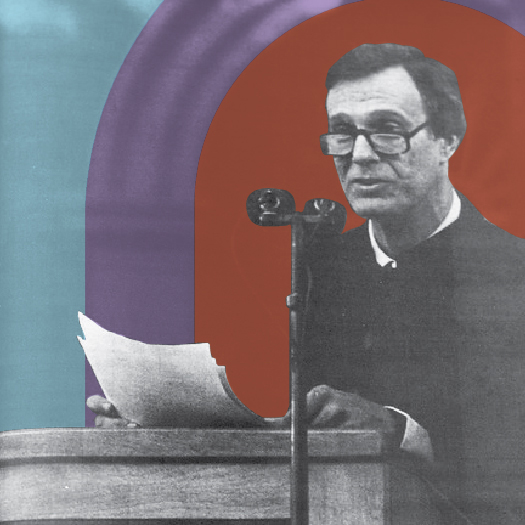 By Dianne Lee, Crimson Staff Writer
By Brandon A. Wright

“He’s in the crowd, but you can’t pick him out,” a 1991 article in the Crimson said of Harvard’s newly-elected President Neil L. Rudenstine. “He doesn’t look like a Harvard president.”

Following a turbulent year-long search, Rudenstine took the helm as Harvard’s 26th president in September 1991. Yet some Harvard affiliates had doubts: The successor of notoriously charismatic President Derek C. Bok, Rudenstine was considered a little too mild.

“He definitely did not seem as strong a personality as President Bok,” Evan B. Rauch ’91, former Undergraduate Council Chair, said. “Derek Bok really felt like he could be a US Senator… [Rudenstine] seemed more of a mild-mannered person who would maybe be the Chief of Staff of a US Senator.”

Rudenstine acknowledged comparisons to Bok. “I don’t for a moment doubt that Derek Bok and Larry [Summers] were both charismatic and marvelous leaders. It’s obviously a nice thing if you can have it,” he said with a laugh. 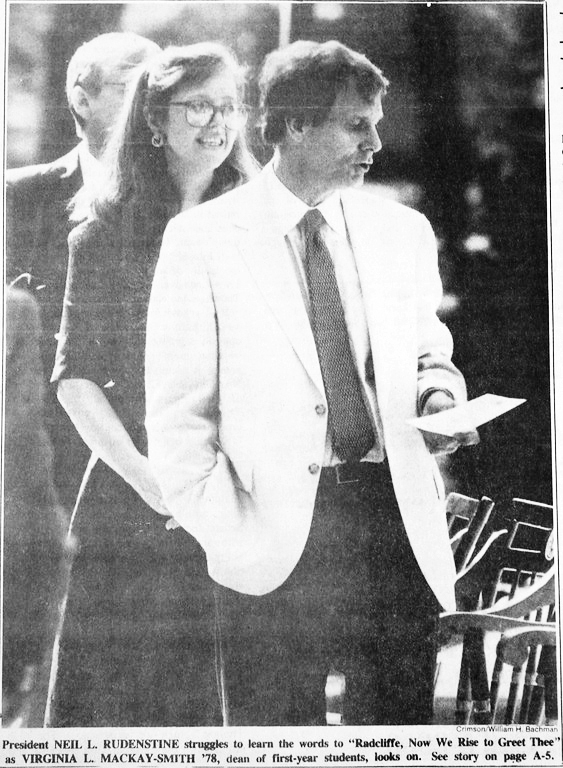 The successor of notoriously charismatic President Derek C. Bok, Rudenstine was considered a little too mild. By Crimson file photo

By the end of Rudenstine’s first year, however, Harvard was singing a different tune. A June 1992 article in The Crimson named Rudenstine a “down-to-earth populist,” and students seemed to agree.

“He was very patient and a really nice guy,” Serena Y. Volpp ’92, a childhood friend of Rudenstine’s daughter, said. Volpp remembered Rudenstine taking her and a group of six girls into New York to go shopping on Canal Street.

Rudenstine’s “populism” would serve him well: In his first year as President, he would tackle a record-setting University-wide capital campaign, cooperative inter-school initiatives, and growing racial tensions among students and faculty. When he retired 10 years later, he left the University more cohesive than he had found it.

When asked about the ideal relationship between Harvard’s many schools, Rudenstine’s contemporaries turned to a common idiom: “Every tub on its own bottom.” Coined by John Bunyan in 1678 but applied to Harvard by President John T. Kirkland in the early 19th century, the phrase asserts that each school must maintain financial and administrative independence.

Rudenstine took a more collaborative approach. “The hope was we could get different units to collaborate on the same kinds of projects,” he said. “Some [faculties] were doing very similar work on certain problems, sometimes even without knowing it.”

Indeed, Rudenstine entered his presidency with two primary goals: to bring the University closer together, and to run a successful capital campaign. 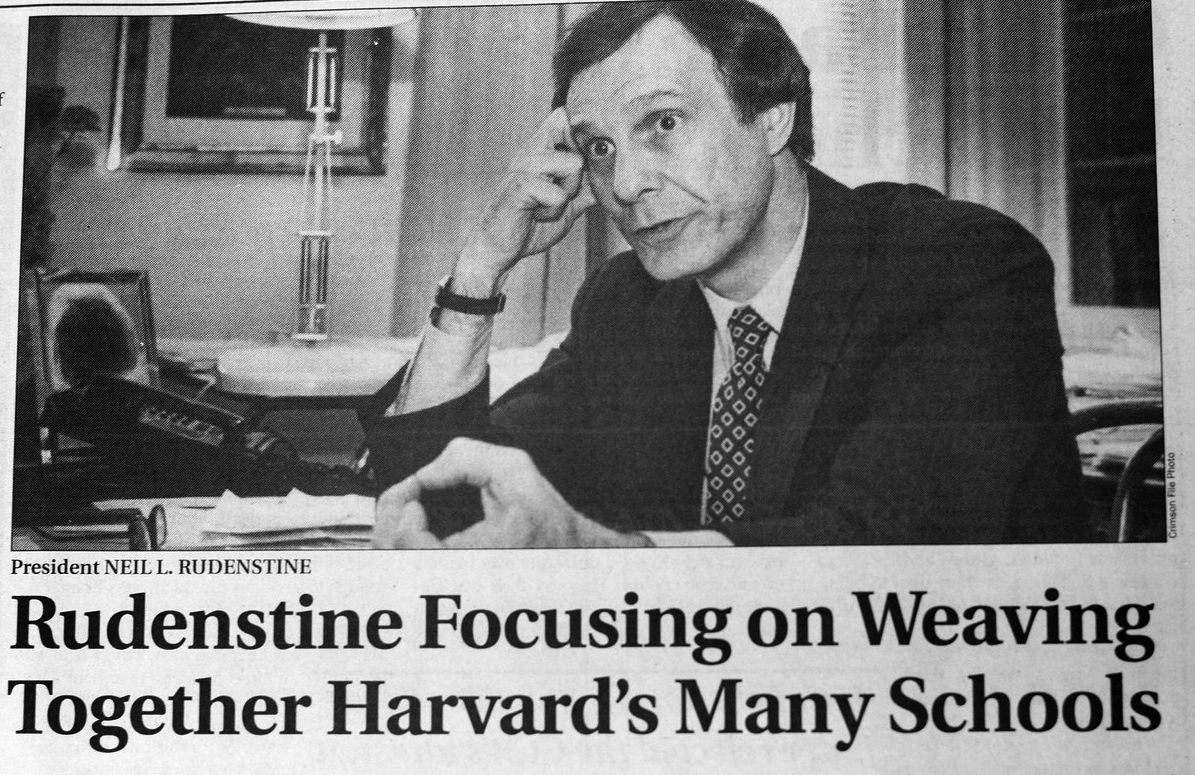 Rudenstine entered his presidency with two primary goals: to bring the University closer together, and to run a successful capital campaign. By Crimson file photo

He was well-equipped for the job. From 1968 to 1988, Rudenstine had assumed almost every major administrative position at Princeton, managing a $410 million fund drive among other duties. From 1988 to 1991, he served as executive vice president of the Andrew W. Mellon Foundation.

“I cannot think of a candidate so well-endowed with the knowledge, experience, temperament, and character needed to serve as Harvard’s president,” Bok said when Rudenstine’s selection was announced.

Rudenstine stated his goals of the capital campaign and inter-school cooperation early on.

Unlike early Harvard campaigns, which had mostly focused on individual schools, he planned something “totally different”: the first university-wide campaign.

“Let’s retain the strength and vitality and the healthy entrepreneurship of the separate schools,”

Rudenstine said in an interview shortly after his presidency was announced. “But let’s find some overarching structures... that actually make it possible for them to intercommunicate, to help one another.”

Rudenstine fielded doubts from “every tub on its own bottom” traditionalists. “The opposite of a decentralized system is not a highly centralized system,” he said. “The alternative is kind of a woven fabric, a collaborative enterprise.”

Granted, his presidency got off to a slow start: The capital campaign, originally scheduled to begin in the fall of 1991, was delayed until 1994.

Rudenstine attributed the delay to strategy. “Before I would think about fundraising, I would guess you’d want to think about what you need the funds for. You develop priorities and then you go find the money,” Rudenstine said after the capital campaign delay was announced.

In the meantime, Rudenstine set himself to immediate concerns. He filled four open deanships and a general counsel position, and re-established the position of Provost—previously unoccupied since World War II. He also attempted to address simmering racial tensions on campus.

“There were a lot of different kinds of events and incidents that happened during that school year... things that other student groups had done that were racially provocative,” Zaheer Ali ’94, president of the Black Student Association in 1992, said.

After incidents such as publishing of racially derogatory stereotypes in the campus publication Peninsula, Ali and the Black Student Association penned and distributed a flyer they titled “On the Harvard Plantation” detailing their concerns.

After they had distributed the flyer, Ali was “surprised and actually impressed” when he received a call from President Rudenstine’s office that asked to meet with him. Later, Rudenstine convened a series of meetings that centered around issues such as hate speech and police sensitivity. 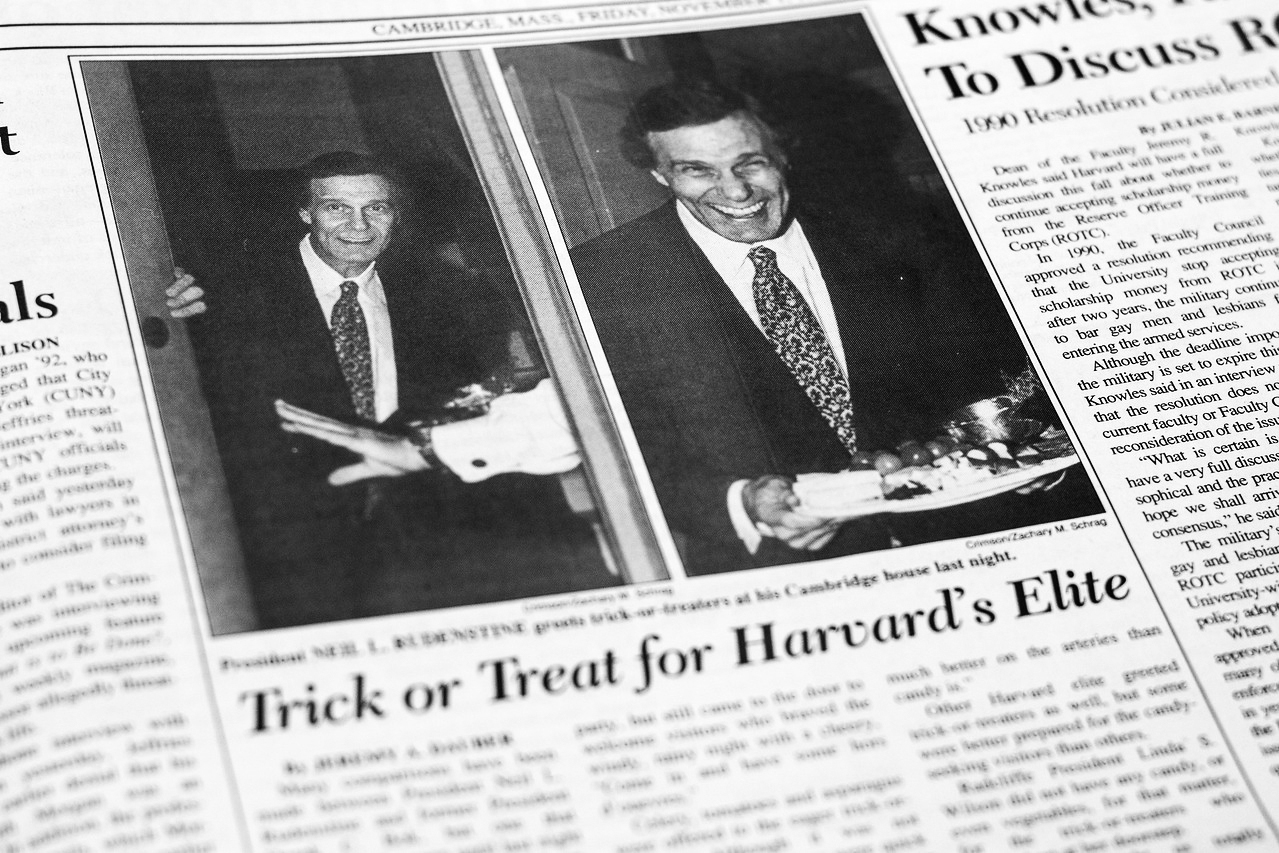 In contrast to Bok, who students criticized as being unapproachable, Rudenstine held open office hours and even a first-year dance. By Zachary M. Schrag

“I think his very swift leadership in that way signaled to the deans of the college and of the Faculty of Arts and Sciences that they too should take our concerns seriously,” Ali said. “He mobilized the various offices and departments and deanships around particular issues and gave the students an opportunity to speak to those issues.”

Rudenstine spent much of his first year in this way, “getting reacquainted with people,” as Daniel H. Tabak ’92 put it. “He was the provost of Princeton so he hadn’t been at Harvard for a while before he came.”

In contrast to Bok, who students criticized as being unapproachable, Rudenstine held open office hours and even a first-year dance.

By the time he left Harvard, Rudenstine had by most standards achieved his major goals.

He made strides toward inter-school unity, developing interdisciplinary programs including the Mind, Brain and Behavior Interfaculty Initiative, the University Committee on the Environment, and the David Rockefeller Center for Latin American Studies.

His capital campaign raised $2.6 billion dollars—far more than his stated goal of $2.1 billion. “You never make enough to be fully satisfied, but yes, I think the University moved in that direction,” Albert Carnesale, selected by Rudenstine to be Dean of the Harvard Kennedy School and later Provost of the University, reflected.

Harvey remembered Rudenstine’s capital campaign as “very successful,” both in immediate fundraising and influencing future generations of donors. “I think it also probably implanted this little seed in our heads… that later on after we graduate we should, to the extent of our abilities, contribute and give to our alma mater,” she said.

When asked about the legacy he leaves behind, Rudenstine is as placid as ever. “No, I think I’ll leave it to others,” he said.