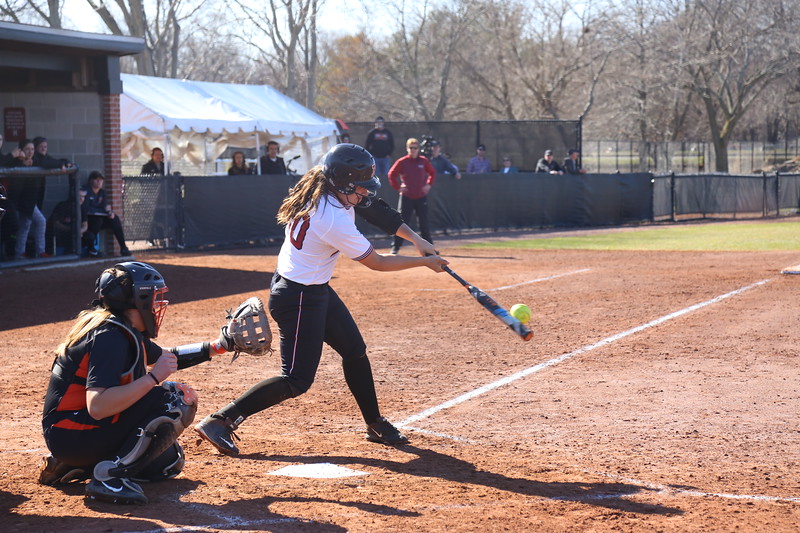 She's Locked In: Female Breakout Athlete of the Year, Runner-Up

In softball and baseball, being hit by a pitch is an effective way to benefit from a pitcher’s lack of control. Some players, like the Cleveland Indians’ Brandon Guyer, have turned taking hit-by-pitches into an art, compensating for a lack of hits and walks.

During the 2017 season, Harvard softball third baseman Erin Lockhart got hit a whopping 18 times, leading the Ivy League and shattering the previous Crimson single-season record of 13, set by Whitney Shaw ’12. Her 18 times hit by a pitch also tied the all-time Ancient Eight record for a single season.

“[Opposing pitchers] don’t want her barrel to get extended, so they didn’t want to throw her outside,” Harvard coach Jenny Allard said. “They were trying to jam her inside, and they were constantly hitting her in the leg, hitting her in the elbow.”

However, Lockhart certainly did not need the aid of hit-by-pitches to reach base this year.

The Lincoln, Neb., native dominated Ivy League and non-conference pitching throughout the season. On the heels of an unremarkable freshman campaign, Lockhart’s meteoric rise helped push Harvard to a spot in the Ivy League Championship Series, which it ultimately lost to Princeton.

Lockhart managed to get on base in over half of her plate appearances, posting a .507 on-base percentage. She walked 19 times, nearly double the amount of times that she struck out, and she was one of the team’s most consistent hitters with a .333 batting average.

“She has a really good eye at the plate,” Allard noted. “That was part of her struggle her freshman year that she just wasn’t being aggressive enough. This year, she worked on finding that balance between being really aggressive and not swinging at bad pitches.”

On top of leading the Crimson in OBP, the power-hitting Lockhart also finished first in slugging percentage with a .619 mark. Lockhart paced the team in home runs, slugging a total of seven on the year. Freshman first baseman Olivia Giaquinto added seven of her own to compose a formidable one-two punch in the middle of the batting order.

Lockhart’s bat was not always such a force in Harvard’s lineup. As a freshman, she had relatively little impact on the Crimson’s 2016 regular season and playoff series versus Princeton. She slashed .222/.383/.250, collected just one extra-base hit, drove in three runs, and scored five times.

Without a chance at regular playing time due to outstanding performances from other infielders, Lockhart struggled to get going at the plate and in the field.

“Erin got some pinch hitting opportunities, but it really wasn’t enough work to have her get comfortable and be in a regular role,” Allard said. “So this year really, really helped her a lot being thrown into a starting position.” 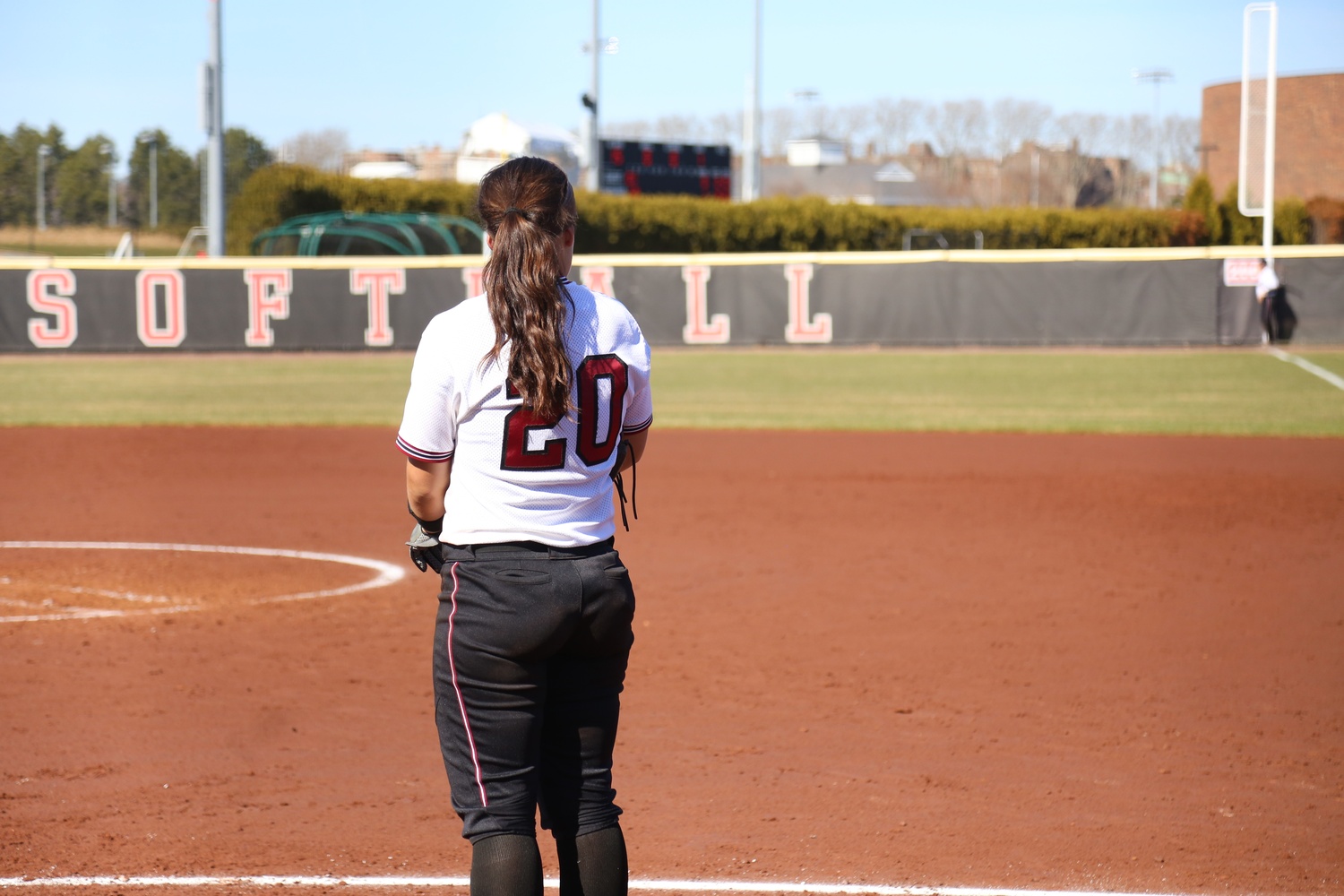 After her rookie season, Lockhart got her big opportunity following a preseason injury to the Crimson’s incumbent third baseman, Meagan Lantz. It had appeared as though Lantz would be one of Harvard softball’s certainties in 2017.

Occupying the hot corner last year, the sophomore from Parkland, Fla., was one of the Crimson’s most consistent hitters. In her freshman year, Lantz took the reins at third and slashed .323/.375/.577 to go along with seven home runs, 37 runs batted in, 34 runs, and 10 steals. Her single-season home run, runs scored, and RBI totals all rank tied for ninth in Harvard history.

Just as she looked to build on her 2016 success, however, Lantz went down with an ACL injury, and was deemed out of commission for the entire 2017 season. Allard needed a replacement for her sophomore slugger, so she turned to Lockhart, her other second-year third baseman.

“With Meagan Lantz tearing her ACL, we needed someone to step up at third, and so I was just trying to do my part to help the team and get the job done in whatever situation,” Lockhart said.

By the end of 2017, Lockhart had completely reversed her fortunes from 2016. Driving in 35 runs and scoring 22 of her own, Lockhart was involved in many of the Crimson’s key moments throughout the season.

Harvard finished its Ivy League slate against Dartmouth in what was perhaps the most important series of the regular season. With three or four victories, the Crimson would move on to the playoffs. With two or fewer wins, its season was over.

Batting in the top of the fifth of the first game of the weekend, Lockhart took Big Green pitcher Breanna Ethridge deep to extend Harvard’s lead to 5-0. In what ended up as a tight 7-6 triumph, Lockhart’s homer proved crucial. The sophomore third baseman added another long ball in the second game of the series to power the Crimson to a 9-2 victory. In a win-or-go-home context, Lockhart came through in the clutch multiple times.

In the coming years, Lockhart appears primed to hold her position as one of the most threatening hitters in the Ivy League. Maybe the hit-by-pitches will continue, too.