Here's to You, Mr. Robinson: Male Breakout Athlete of the Year 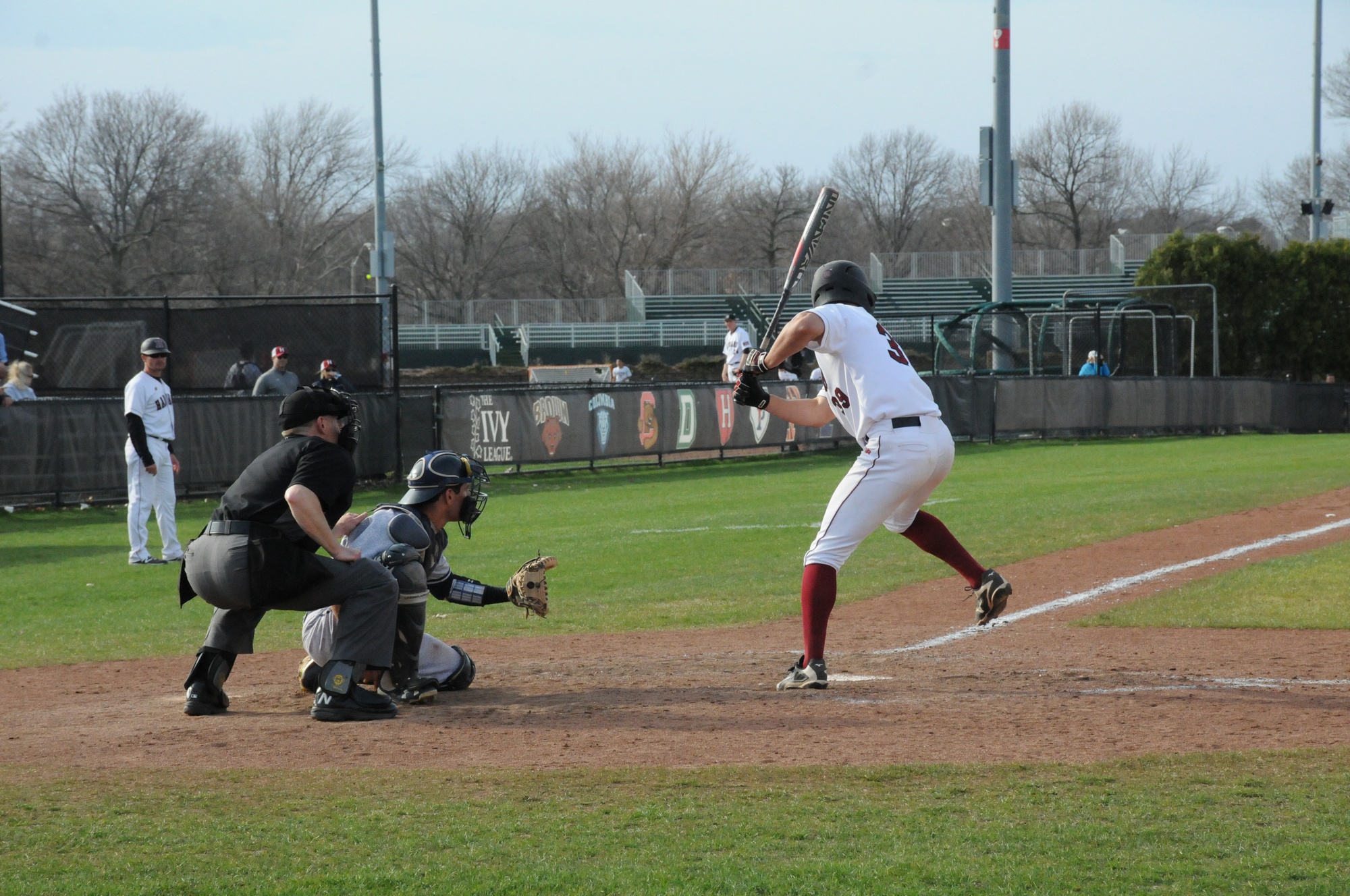 Sophomore outfielder P.J. Robinson, pictured here against Yale, had a breakout 2017 campaign. He hit four home runs in as many games against the Elis.
By Stephen J. Gleason, Crimson Staff Writer

The Ivy League baseball season is grueling. While games only take place over two months, each of the Ancient Eight teams plays about 40 contests.

It’s difficult to learn much about a team from one game or even from a single series. Take Harvard, for example. The Crimson topped Yale 12-7 on Easter Sunday less than 24 hours after falling to the Bulldogs 21-13.

Players rack up close to 150 at-bats over the course of the spring. All-conference picks and seven-hole hitters are separated by an extra knock every 12 or so at-bats. Typically, it’s a challenge to predict future success from a few plate appearances.

However, for sophomore outfielder P.J. Robinson, it took just one game to realize that something had changed following an unspectacular freshman campaign.

“Over the summer, I didn’t play much baseball at all,” Robinson said. “I took a lot of time to work on my body, increase my flexibility. I felt that the break and just working on my body definitely led to my success when I came back to school.” 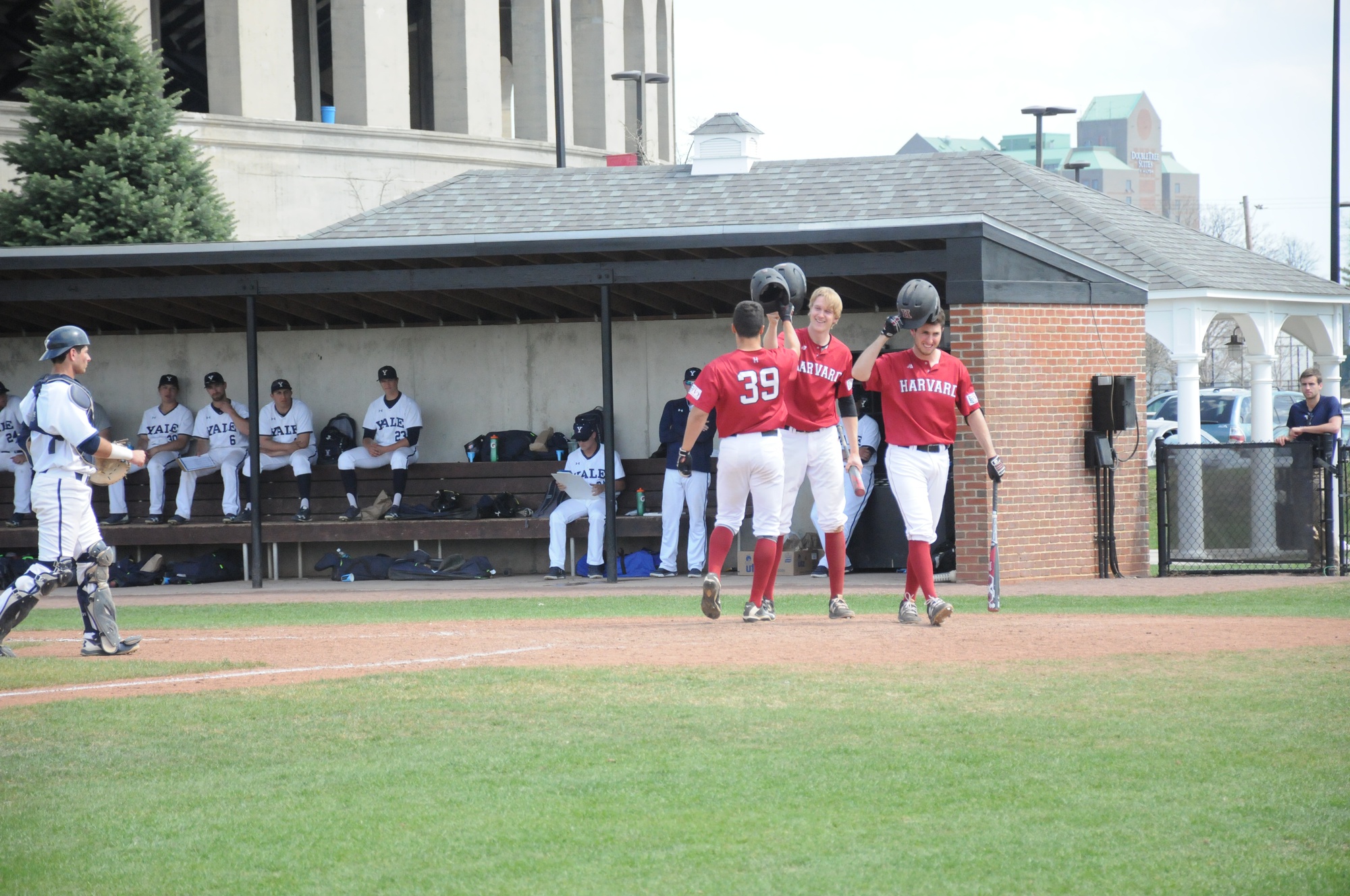 Harvard trekked down to Washington, D.C. to open its 2017 campaign. After a fall and winter spent in the bubble, the Crimson’s offense would finally be able to tee off outside against pitchers with whom they did not go to school.

While senior shortstop Drew Reid is the only Harvard player to hail from the DMV, the Washington Nationals Youth Academy—where the Crimson opened its season—was a familiar spot for Robinson. The sophomore had spent the summer teaching baseball to children at the Southeast DC complex.

When Harvard coach Bill Decker exchanged lineup cards with Lafayette's Joe Kinney, a few aspects stood out. For starters, the Crimson trotted out six underclassmen. Perhaps most surprising was Robinson’s name penciled into the designated hitter spot and five-hole in the team’s lineup.

On paper, the choice seemed like an interesting one given that the sophomore had hit just .179 as a rookie and had as many strikeouts as hits in his college career to date. However, Robinson’s five at-bats that day silenced any doubts about how Robinson would fit into the lineup.

“From probably the fall onwards, I felt like I was in a much better place than last year,” Robinson said. “From the beginning of the season, I felt a lot more locked in at the plate and very well-prepared.”

Robinson went 3-for-5 with a double, home run, and four runs batted in the 13-1 win over the Leopards. He drove in more runs in those five at-bats than he did during his entire freshman campaign, and the long ball was the first of his college career.

Robinson was not a one- or three-hit wonder, however. The sophomore’s performance nailed down a spot in the lineup. Robinson started all four games that weekend, going 6-for-15 with two doubles to go with a pair of dingers and eight runs scored in the Crimson’s sweeps of Lafayette and Coppin State.

Throughout the season, Robinson remained a fixture in the Harvard batting order. He played in all 20 Ivy League games and all but three of the team’s contests overall.

“We’ve grown a lot as a class,” sophomore outfielder Ben Skinner said. “It’s a combination of us getting more experience and being more comfortable, both on the field and with one another. We’ve been working hard to put our team in a position to bring home an Ivy League championship.”

There’s a joke on the team that whenever a ball is hit in Robinson’s direction, the rest of the team holds its collective breath.

“Defensively,” started Skinner before taking a long pause. “He’s working to get better defensively. He’s a bat that has to be in the lineup, and I think he’s going to work on it this summer to become a better defensive outfielder.”

But not having a set spot in the field has become a recipe for success under Decker. Last season, junior Matt Rothenberg was the team’s leader among regulars in batting average, hits, doubles, walks, on-base percentage, and slugging percentage despite splitting time between designated hitter and both corner infield and corner outfield spots.

Not only did Robinson follow in Rothenberg’s footsteps, but he also one-upped his teammate and fellow Floridian. After Rothenberg set the mark for highest batting average under Decker by hitting .363, Robinson hit 10 points higher. The sophomore rounded out his slash line with a .436 on-base percentage, which ranked second among Crimson regulars, and a .738 slugging percentage, which led the Ivy League and was ninth nationally.

Robinson’s biggest breakthrough may have come in the power department. He hit nine home runs on the season, doubled 13 times, and drove in 34 runs. His nine round-trippers were tied for seventh-most in Harvard history and are the most since Matt Rogers ’09 went deep nine times in 2009. Robinson hit four home runs during the team’s four-game set with Yale, reached base in 13 of the team’s 20 league contests, and had 16 multi-hit performances.

All told, Robinson was the first Harvard non-pitcher to be named to the All-Ivy League first team since 2015 and is the ninth Crimson player to be named a first-team pick under Decker.

While it’s challenging to draw anything substantive from a single baseball game, P.J. Robinson’s performance to open the season was anything but a fluke.

“P.J., he eats, sleeps, and breathes baseball,” Skinner said. “That’s all he thinks about, so no one was surprised when P.J. had a big year.”