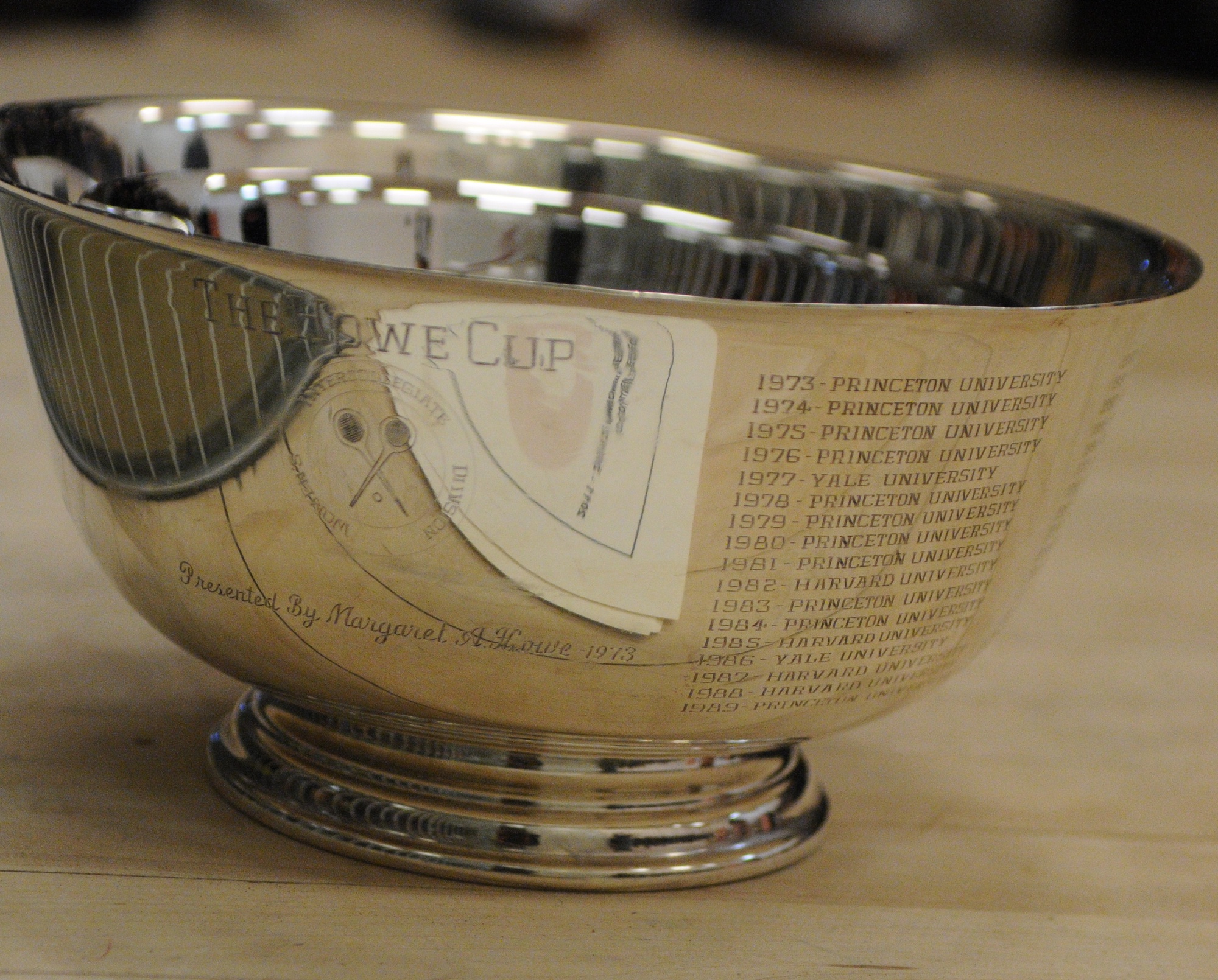 Another One for Women's Squash: Team of the Year, Runner-Up

“Mental toughness wins championships.” That’s a controversial statement that some take to the grave and others fling aside.

But for Harvard women’s squash, the sentiment has grown past clique into a manner of life, manifesting itself in the team’s performance and guiding the top-ranked squad (15-0, 7-0 Ivy League) to a third-straight College Squash Association national championship.

This success stems from continuity. The first time that players assemble in the fall, they are one step ahead. The Crimson’s legacy of success—its latest triumph captured the honor of most collegiate titles (17)—attracts world-class players whose technical skill allows for more strategic-based play.

This past year, the Crimson looked across the pond to recruit top British nationals Gina Kennedy and Amelia Henley. Next season, the program will welcome Hannah Craig, an Irish national champion.

"You know, we are chasing a black ball around a white room. We are not solving world hunger," Harvard coach Mike Way said.

This blessing of talent allows Coach Mike Way to focus on pragmatic training that will help the team win as a cohesive unit, rather than practicing fundamentals. The team and its coaching staff has pushed aside conventional thinking regarding training, with an emphasis on working smarter, not harder.

“It is not about just drilling endlessly and repeating drills and then assuming, on the day of battle, under stress, under the spotlight, that those drills will unfold how you’ve seen them unfold in practice,” Way said. “Under stress, you cannot ignore the mental component.”

The coaching staff has instituted a regimented mental toughness program with a focus on maintaining an “optimum mental energy level,” allowing the athletes to play well despite stressful situations.

“With anyone under stress, whether it’s public speaking or a music recital, or especially maybe in sport competitions, there’s a certain amount of cause of stress built up and the mind starts to race,” Way said. “The thinking starts to be repetitive, and it can become emotional. And, in fact, for the most part it is involuntary thinking.”

The squash players train to maintain their “arousal”—a state dependent on psychological processes such as confidence and automaticity—at an optimum level that allows for highest athletic performance.

“The word ‘optimum’ will change from person to person,” Way said. “Not every athlete’s will be the same. But in my experience, in an individual sport, there are more athletes that have to come down to their optimum than to be higher.”

While skill can, in some instances, substitute for regular practice, there is no way for athletes to manage arousal levels without constant exposure to stress. In squash practices, Harvard players waged challenge matches that both pragmatically determine match seeding and force players to face adversity.

A mental training program focusing on visualization of the match and gratitude supplemented this stress-inducing training. Way calls this additional program “scripting.”

“You know, we are chasing a black ball around a white room. We are not solving world hunger,” Way said. “If you bring in gratitude—gratitude for what got them to Harvard, their family, et cetera—you lower the energy level.”

Although Coach Way has long emphasized the importance of the mental aspect—perhaps a large reason why women’s squash has won the national championship five of seven years during his tenure—the inclusion of scripting increased the effectiveness of the regimen.

Not only have coaches and players acknowledged the success of this new programming, but also the results from the court back up its effectiveness. Harvard never dropped more than two matches against another team and completed ten sweeps.

Moreover, in several individual matches, players overcame adverse circumstances. Leonard rallied from five match points down in the national championship final against No. 2 Penn to spur the Crimson. In the national individual championship, Kennedy unexpectedly found herself against two-time national finalist and Penn sophomore Reeham Sedky, but the Harvard rookie calmly disarmed “The Hammer.”

These performances signal the power of Way’s mental training program. But the team’s excellence throughout the season also bears witness to the close-knit nature of the group.