Women's Rugby Plays to a Tie Against Army 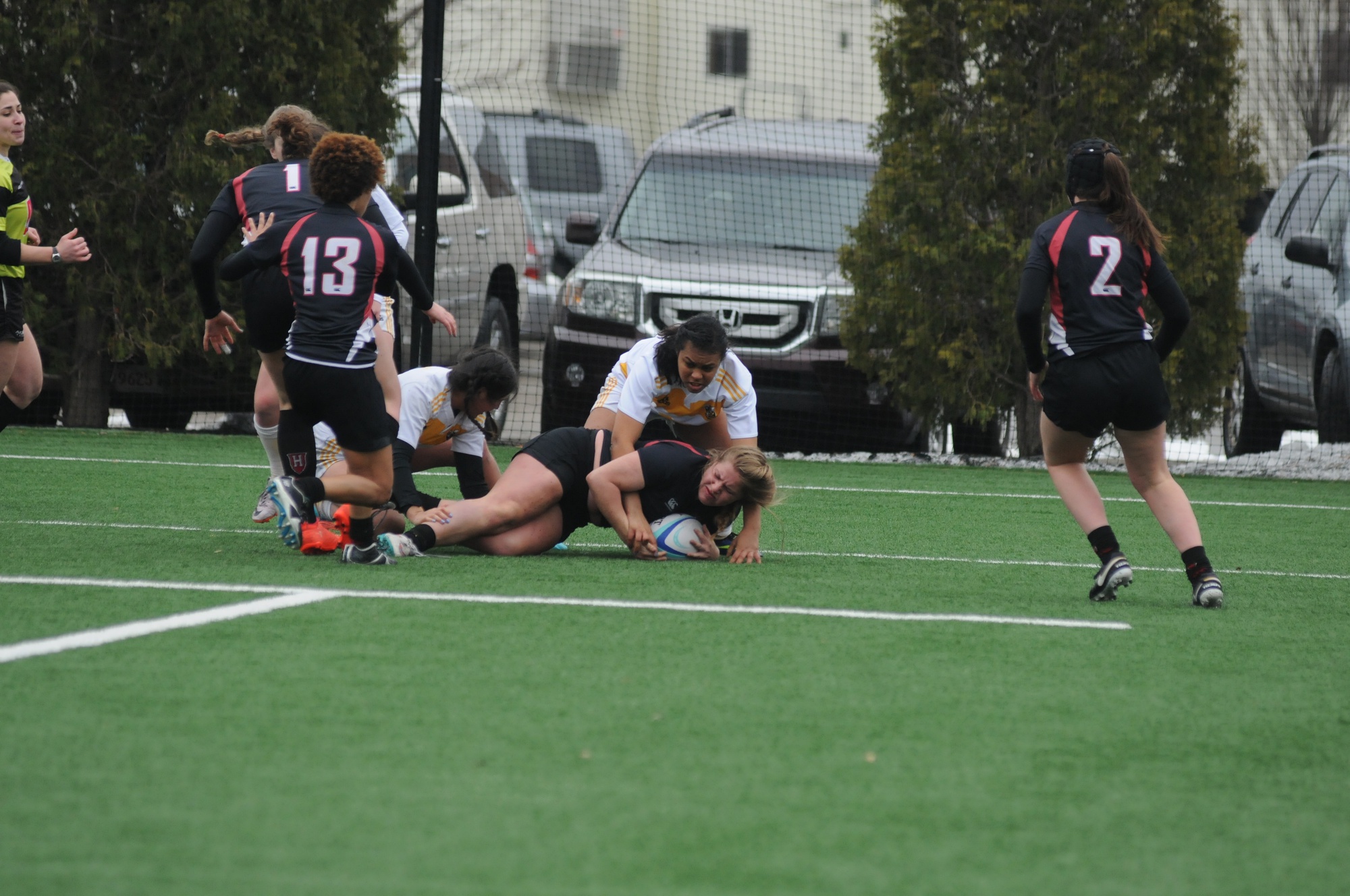 The Crimson fights for the ball in previous action against AIC. Against Army, Harvard scored 33 points in a split match effort. By Jacqueline S. Chea
By Kim Arango, Crimson Staff Writer

On Saturday, the No. 7 Harvard Radcliffe Women’s rugby team (1-1-0) faced off against No. 3 Army (1-1-1) in New York for its second match of the season. In a neck-to-neck match, the Crimson and Army Mules battled to tie the score 33-33 at the final whistle. The tie is also the first time Harvard has tied in a match since 2015 against Brown.

From the opening minute, the teams appeared evenly matched and unable to break the scoring stalemate. The Crimson was the first to open up scoring in the game when it broke through the Army Mules’ defense.

Freshman Milan Roberts scored off of an offload by junior Caitlin Weigel, before junior Jenny Kronish had her first of three successful conversion of the match to bring Harvard to a 7-0 lead.

“When we stick together, keep constant communication on the field, and stay connected we are able to showcase our talent and become a dangerous threat.” junior Genevieve Quirion said.

The Crimson continued to find holes in the Army defense and pushed through when senior captain Maya Learned scored a try to increase the lead to 14-0.

The Army Mules recovered and soon found its offensive footing, when senior wing Sydney Hawkins cut Harvard’s lead to 14-7 at the halftime whistle.

The pressure against the Crimson defense continued at the start of the second half as Army sophomore tighthead Sally Varner scored to tie the game at 14-14.

Then, the Army Mules took the lead for the first time in the game when senior wing Rebecca Stipp scored a try, and with a successful conversion, Army led 21-14.

However, Harvard regained its earlier momentum and began to take control of the game again.

“One big turning point was a few minutes into the second half,” sophomore flyhalf Delia Hellander said, “We came out on the back foot and got scored on 2 times pretty quickly, but after that we really pulled together and fought through the last 35 minutes and played some of our best rugby so far.”

With the team communicating well and finding weak spots in the Army Mules’ defense, junior flanker Ginny Miller scored a try followed by a third successful conversion for Kronish to bring the Crimson to a 21-21 tie with Army.

Harvard fed off its renewed momentum as sophomore wing Tori Tong scored a try to bring the Crimson to a 28-21 lead.

Harvard then extended its lead to 33-21 when Hellander scored for a try, her second of the season. However the Crimson was unable to convert the extra point.

The Army Mules, however, was not ready to give into Harvard’s defense as it fought for a successful try and a conversion to cut the Crimson lead to 33-28.

The last score of the match belonged to Army in the last minutes of the game as it scored a conversion to tie the game at 33-33 at the final whistle.

Harvard knew it had a few things to take away from the match.

“[We need to continue] to work on our defensive connection and...on retaining the ball offensively through multiple phases, cutting down on small errors,” sophomore Emily Prentice said.

After the tense tie against the Army Mules, Harvard is only looking forward to the next match and improving upon itself.