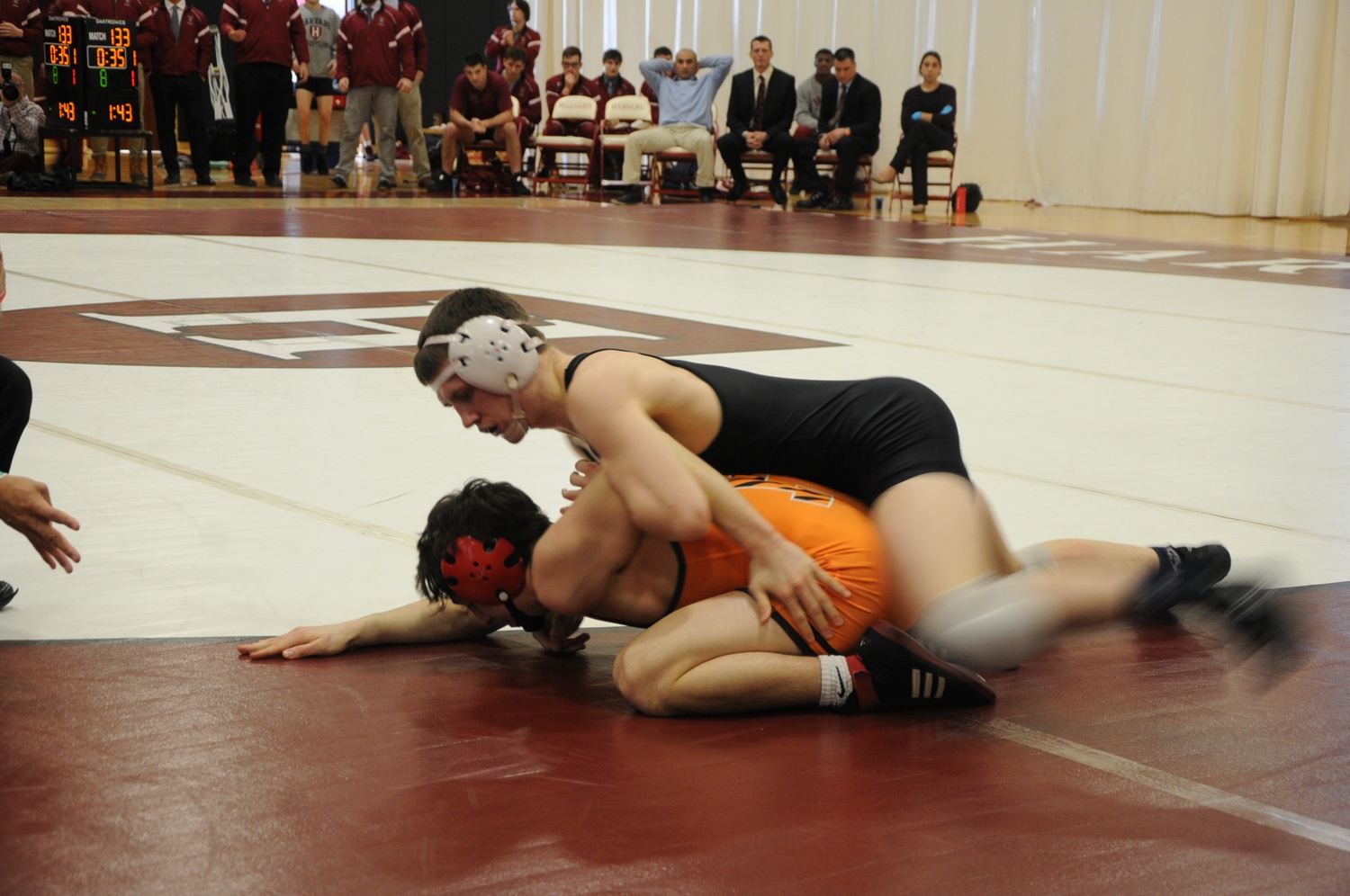 In the first weekend of 2018, the Harvard wrestling squad was resolute at the Franklin and Marshall Open, taking three different divisions as the team heads into dual meet season.

“Overall, we competed hard,” Hellickson said. “Really emphasized getting after our offense and just putting up points. Not necessarily having an outcome in mind, but just getting after it and scoring a lot in our matches and having a lot of output. I think that freed a lot of our guys’ minds and just use what we worked on in the practice room and really just let loose out there.”

Johnson successfully defended his weight class championship from last year, winning in a tiebreaker during the final round to secure his second straight championship. On the way to the final, he put up a 36-point differential over four games.

There were other similar displays of dominance. Hellickson won by six or more points in all of his matches. After his worst defensive performance in the first round (six points against), he rolled to the title by giving up no more than four points in any of his subsequent matches.

Jaffe went with a different route than his counterparts. While Johnson and Hellickson played the technical game of building up points against their opponents, Jaffe executed quick pins against two of his opponents, helping him ease to victory.

Going into dual meet season, Harvard was looking for a solid performance, especially after a underwhelming showing at Midlands last weekend.

“A tournament like this, bringing back three titles and a few other pretty solid performances, feels good rolling into dual season with a little bit of momentum,” Hellickson said.

The transition from tournament play to match play ushers in a different approach on the mat, both in terms of execution and atmosphere. Instead of each wrestler competing in brackets and playing five or six matches throughout the tournament, the teams face off by division once per match. There is a more intense, collective atmosphere present.

“A little bit more difficult, I’d say, to recover at tournaments, but being able to go through a day of five matches really builds our conditioning going into dual season,” Hellickson said. It makes that one seven-minute match very conceivable and allows us to mentally prepare for a lot of output in our seven minutes.”

The team-oriented play puts an emphasis on every single move as the teams scrap for points in the head-to-head matchup. Each weight class puts forward its best wrestler. Ten matchups, ten opportunities to pick up points for the team.

This inevitably means that not everybody on the team will be able to compete. The Crimson brought 19 wrestlers to the F&M Open and half will be on the sideline next weekend.

But with an emphasis on single matches, dual-meet season hardly sidelines the teammates that do not participate.

“I think that this tournament is great because we can bring darn near everybody and it gives an opportunity to guys that have been training, but don’t have as much experience in the line-up to get a lot of good matches in,” co-captain Kanon Dean said. “When you have everybody competing that feeds the team energy as we are going into dual meet season.”

Tournament season showcases individual performances, but it can also reveal the depth of a program. Harvard came in second in total pins (10), one behind Navy. The Crimson also recorded the second-most match points (395), just four points behind leading Binghamton.

As the second half of the season begins, the results of intrasquad competition will be revealed both through player selection and match performance. The tournament’s standouts certainly helped their cases, but the strong showing across the field shows the parity may not be too wide.