It’s a Job Interview, Not a Trial 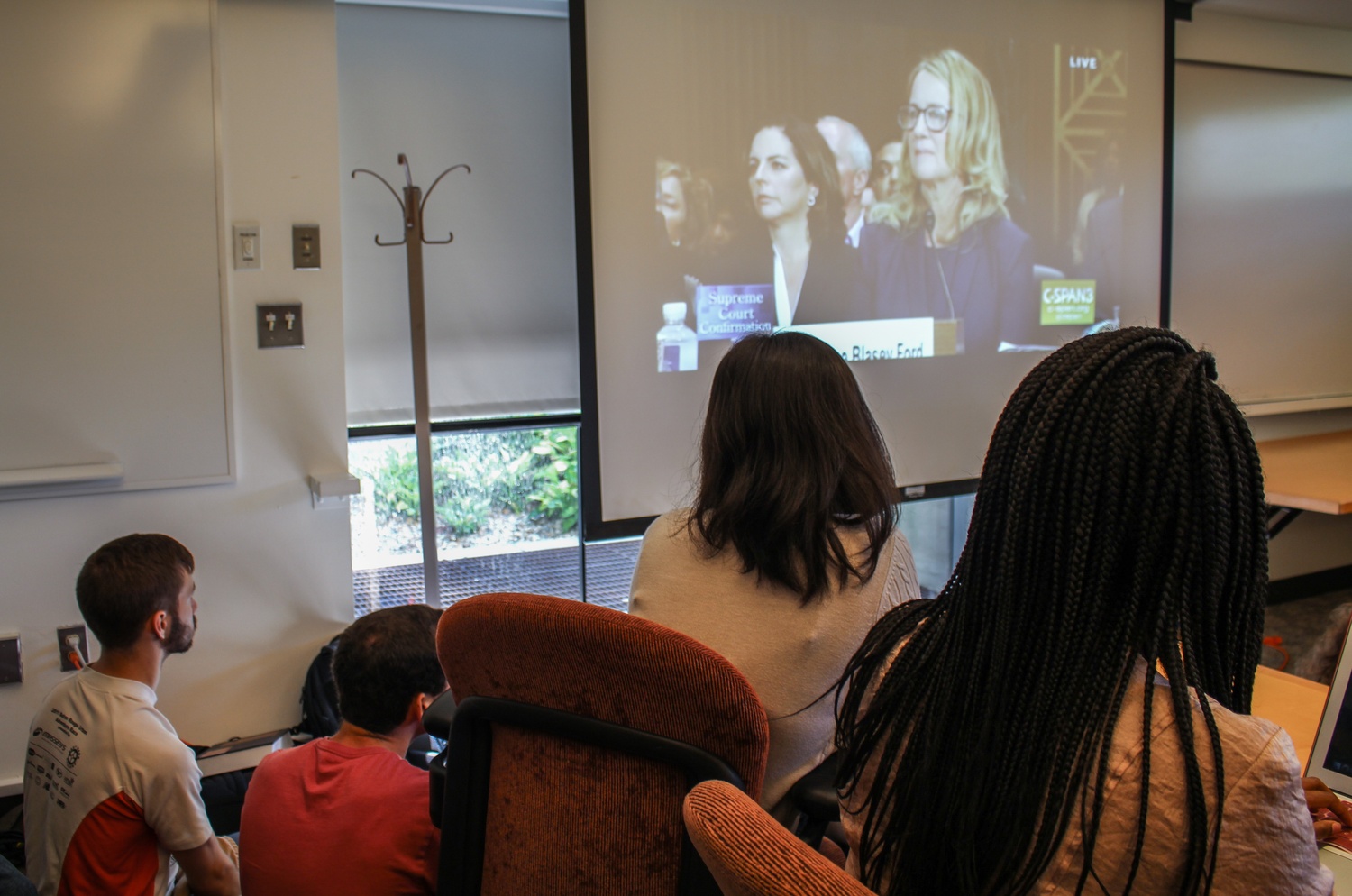 Nominated to the Supreme Court on July 9, Brett M. Kavanaugh has since become the focus of a national reckoning over sexual assault in the context of his confirmation hearings. As multiple allegations of sexual misconduct have emerged against Kavanaugh at the height of the #MeToo movement, the fight over his confirmation has devolved into partisan mudslinging.

Though Kavanaugh’s nomination to the Supreme Court has stolen the headlines, it is not the only position he was slated to fill in the coming year. Kavanaugh is listed as a lecturer at Harvard Law School for the winter of 2019, where he has lectured since 2008. Since the emergence of allegations against Kavanaugh, the Law School has refused to say whether or not he will take up his post as a lecturer in the new year. Instead of refusing “to discuss personnel matters,” the response given by Law School Dean John F. Manning ’82, the University should consider carefully the costs of having an angry, partisan Supreme Court nominee who stands accused of sexual assault and potentially perjury teaching a class on the history of the Supreme Court since 2005.

Arguments against confirming Kavanaugh to the Court or allowing him back to Harvard on the basis of believing Dr. Ford and other accusers have already been made by Democrats on the national level and by law students writing in the Harvard Law Record. I strongly support these arguments, but both for Dean Manning and Senate Republicans like Bob Corker and Jeff Flake, they have not appeared to be enough. Manning refused to comment, and Corker announced his support for the nomination, saying, “While both individuals provided compelling testimony, nothing that has been presented corroborates the allegation.”

Flake, another swing vote during the confirmation process, referenced due process in his statement on the morning Kavanaugh was voted out of the Senate Judiciary Committee, saying, “Our system of justice affords a presumption of innocence to the accused, absent corroborating evidence.” Though Flake later pushed for and received a one-week postponement of Kavanaugh’s full Senate vote pending a brief FBI investigation, this rationale remains should the investigation fail to sway his opinion. To those who want to justify support for Kavanaugh, this argument has the advantage of not negating the severity of sexual assault or rape.

However, this argument holds little merit. What’s at stake for Kavanaugh is not conviction of a criminal offense. It is whether or not he is promoted to a lifetime appointment on the foremost judicial body in the country. At the College, we know all too well the difficulties of being considered for jobs. Companies can and do search students’ social media profiles looking for information on what kind of people they might be outside of their professional context. When employers find images or other evidence that suggest anything other than the highest qualifications, we are not afforded the opportunity to defend or contextualize our actions. We are not told that because there is not enough proof to merit our conviction in a court of law, we will be given the benefit of the doubt. We are simply put in a reject pile and passed on for the next qualified applicant.

Similarly, when assessing Kavanaugh’s fitness to hold a position as a lecturer at HLS, questions about the credibility of the allegations are not the only worries for his appointment. Can a person whose behavior as a teen is front and center in the fight for the future of the court, and who was so visibly emotional, angry, and nakedly partisan during his confirmation hearings be expected to provide an impartial discussion for his students?

Even if the answer is no, it could be argued that, like at the Kennedy School, people whose teaching is not politically neutral play an important role in networking the school into the professional world. However, taking that line of argument at the Law School can and should open up HLS to the same kinds of political liabilities that the Institute of Politics and the Kennedy School face. When Secretary of State Michael R. Pompeo refused to show up to a scheduled event because Chelsea Manning was also invited to the IOP, the IOP revoked Manning's offer. This decision had nothing to do with the educational merit of Manning’s appearance, or any judgment about her character, which had not changed between the time the invitation was issued and when it was revoked.

If that is the argument upon which the Law School bases a decision to keep Kavanaugh, should they elect to do so, then it is up to those who feel that Kavanaugh’s tenure at HLS is illegitimate to use similar tactics to ensure that he does not remain there. Both respect for the severity of issues of sexual assault and considerations of educational and political merit demand that Kavanaugh not be invited to return to the Law School. Similarly, the tradition of innocent until proven guilty does not excuse him from the dangers that job-seekers face in every other context. Unless enough evidence of currently prosecutable criminal wrongdoing to justify charges accrues against him, Kavanaugh should return to his seat on the D.C. Circuit, where he should stay.