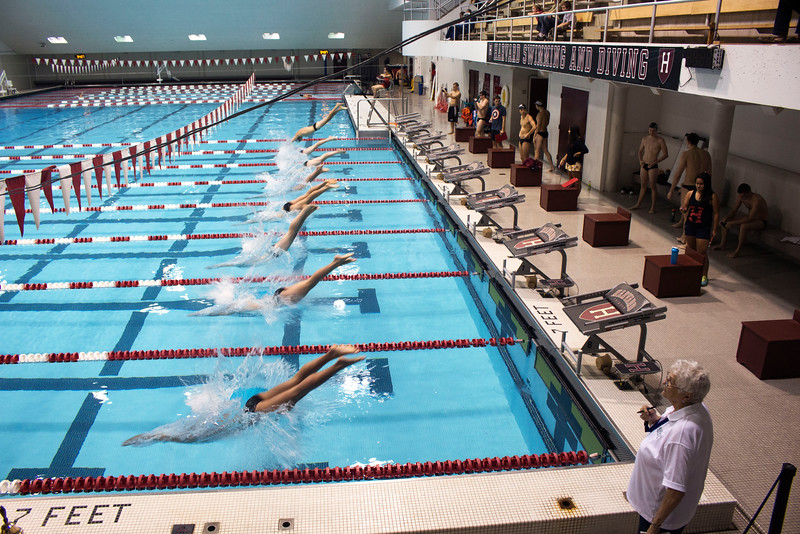 The head coach of Harvard’s diving program Chris Heaton has resigned days after administrators placed him on leave following allegations that he solicited nude pictures from and sent photos of his penis to young female athletes years ago.

“Today I share the news that Mr. Heaton has communicated to Harvard that he has decided to step down from his role,” Scalise wrote in the email. “In his place, Tracey Bird will step in as our interim diving coach, effective immediately.”

Scalise added that Harvard will soon launch a “national search for a successor” to Heaton.

Heaton could not immediately be reached for comment Tuesday.

Harvard hired Heaton in August 2018 — but placed him “on leave” roughly two months later pending a review of allegations of sexual misconduct that surfaced in a class-action lawsuit. The suit, filed Sept. 30 in the United States District Court for the Southern District of Indiana, alleges that Heaton committed acts of sexual harassment while teaching at the Indiana diving Academy known as Ripfest. It names Heaton, but not as a defendant.

Harvard has previously denied it had any knowledge of the accusations detailed in the suit when the school hired Heaton. Scalise reiterated this denial in his email Tuesday.

“As you may know, last week we became aware of allegations concerning our Head Diving Coach,” Scalise wrote. “We take such allegations extremely seriously.”

—This is a developing story. It will be updated.