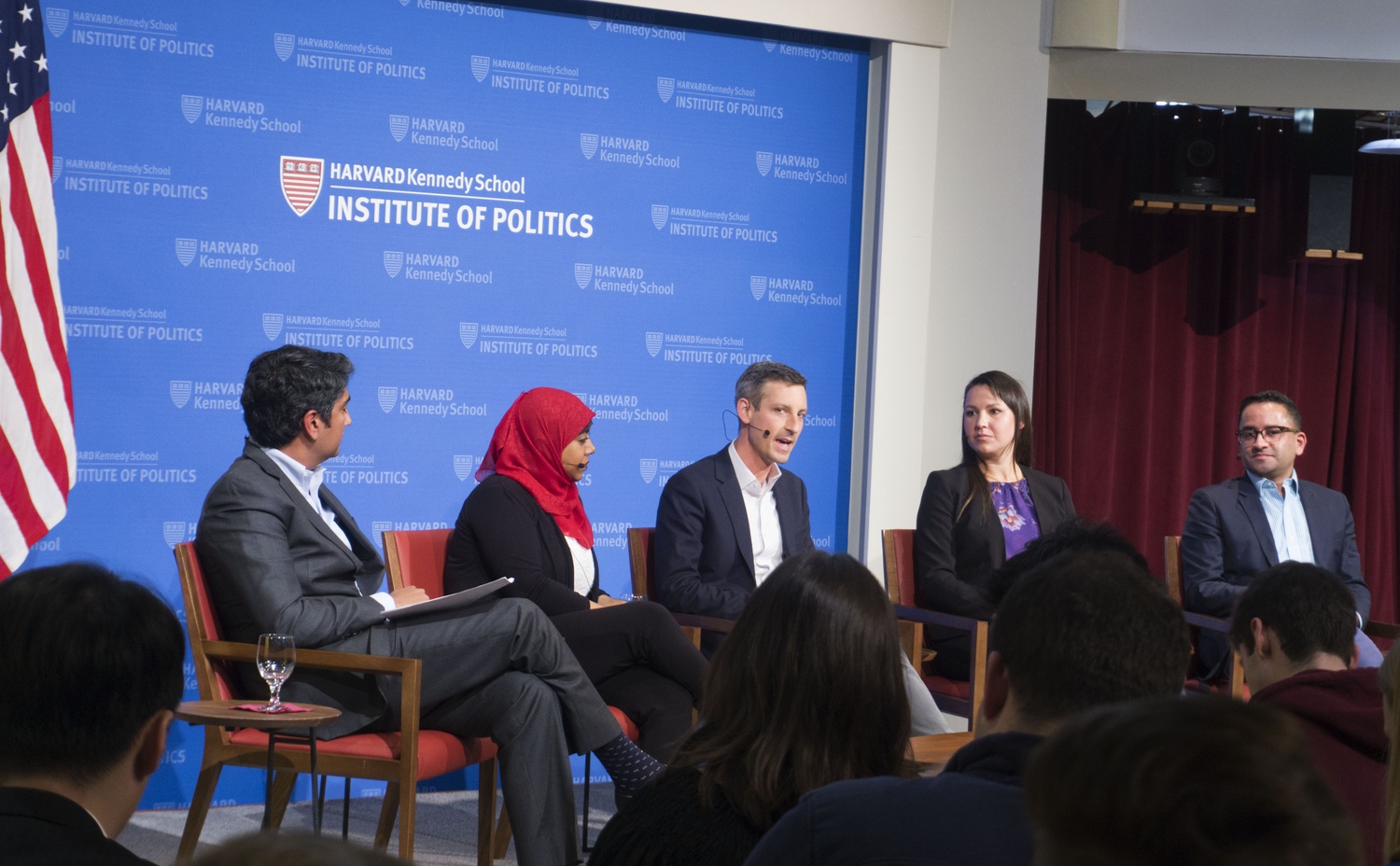 Former West Wing staffers talked about their personal experiences serving in the Obama administration at the Institute of Politics on Monday evening. By Kathryn S. Kuhar
By Michelle G. Kurilla and Amanda Y. Su, Contributing Writers

Former White House officials recounted their experiences working in the West Wing and encouraged students not to lose faith in politics at a forum hosted by the Institute of Politics Monday.

At the forum, titled “West Wingers: Personal Stories of Public Service,” the four speakers each detailed their time spent working in the West Wing. The conversation was moderated by Aneesh V. Raman ’01, a former speechwriter for President Barack Obama.

Soon after serving under the 44th president, the speakers — along with several other White House staffers — authored a book titled “West Wingers: Stories from the Dream Chasers, Change Makers, and Hope Creators Inside the Obama White House.” Gautam Raghavan, a former White House BGLTQ and Asian American Pacific Islander liaison, pitched and edited the book.

“Each chapter in the book is a personal story and a policy story, showing ways that, for each of us, our work at the White House became the work of our lives,” Raman said. “We push for new communities to have a seat at the table and for new voices to secure their place in the telling of the American story.”

During the event, panelists recounted some of their “coolest Obama moments.”

Raina Thiele, a former White House liaison for intergovernmental affairs, said she remembered one particularly humorous interaction she had with Obama. He'd just completed a historic trip to Alaska, making him the first sitting United States president to cross the Arctic Circle. The 44th president paused and asked her, "How'd I do?"

The speakers also recalled Obama's humility and his unwavering positivity, which they said persisted in the months following the 2016 presidential election. That election saw Republican nominee Donald Trump snatch the presidency from Democratic nominee Hillary Clinton — widely seen as someone who would continue Obama's legacy — in an upset victory that shocked the nation and dismayed many in the West Wing.

Despite the hardships the five panelists said they at times experienced working under the 44th president, all said they stuck around because they had faith in Obama's vision for the country and his ability to accomplish it.

“I stayed fundamentally because I believed in Barack Obama,” Raghavan said.

Rumana A. Ahmed, a Kennedy School student and former National Security Council staffer, urged attendees not to focus only on the “now.” Ahmed insisted the audience remember that the conditions of American society today may result from struggle and unrest — but they also stem from historical resilience.

Attendee Drake E. Johnson ’22 said he is considering a career in politics and that he felt inspired after listening to the speakers discuss their time in politics. He said he gained valuable insight into the ways individuals can take simple steps to affect others around them.

“I’ve always wanted to have a great impact but I’ve always struggled with how to make that impact,” Johnson said. “I want to help instill hope and develop hope.”

When an audience member floated the possibility of the panelists running for office themselves, Ahmed responded with a clear message to voters: “I think it’s important to keep in mind that you don’t have to be running for office, but every single one of you here should be taking your own butts to vote — and get your friends to vote too.”

A previous version of this article incorrectly attributed a quote. It has been updated.