What The Hell Happened: Kanye Trolling On SNL 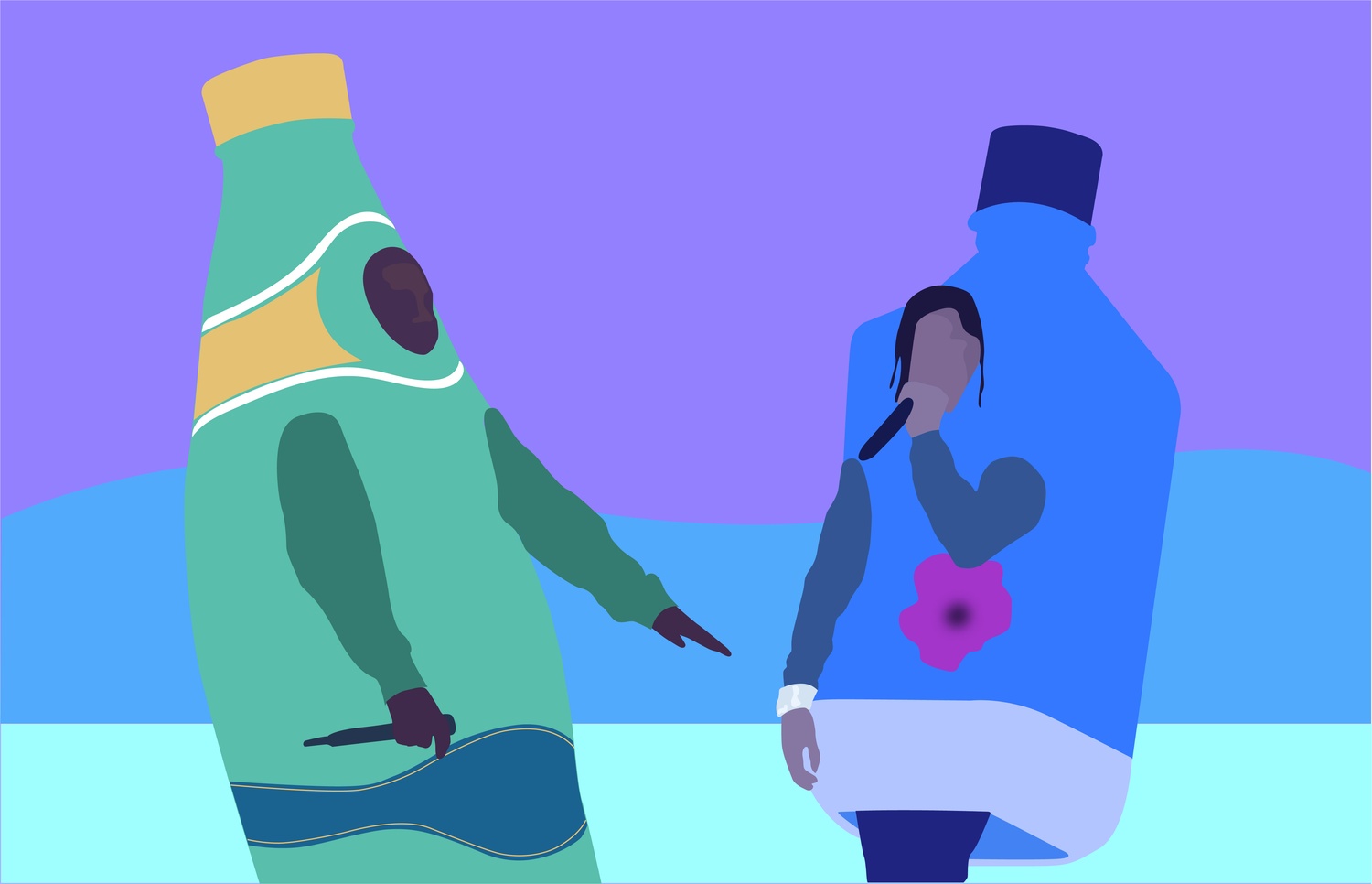 Even if Kanye West had left his MAGA hat at home, his appearance on “Saturday Night Live” would have given us plenty to discuss. Specifically, I want to talk about the troll-like nature of Kanye’s performance of “I Love It” (featuring rapper Lil Pump and a sample from comedian Adele Givens), which seemed devoted to confounding/disappointing/making a mockery of expectations.

First of all, host Adam Driver only named Kanye in his introduction (“ladies and gentlemen, Kanye West”), but the first half of the performance — over a full minute — featured only Lil Pump as a lead vocalist, with Kanye merely dancing and offering occasional ad libs. What better way to troll the audience than by announcing “Kanye West” and then giving a performance that is at least 50 percent not Kanye West? But the trolling only grew more troll-some from there.

I haven’t mentioned, for instance, the fact that both rappers performed in costume as oversized barely-off-brand water bottles, Lil Pump as Fiji and Kanye as S. Pellegrino. The costumes were not complete non-sequiturs –– “I Love It” references “sparkling or still,” and the track’s music video features Kanye and Lil Pump dressed in similarly oversized suits –– but their absurdity and apparent lack of subtlety or deeper meaning felt deeply troll-esque.

Finally, there was the censoring of certain lyrics, which, while predictable (NBC’s censors generally keep curse words out of SNL broadcasts), so fundamentally altered the song — the central hook is “you’re such a fucking ho,” after all –– that it came across as another bait and switch. Just as the performance billed as “Kanye West” was revealed to be a Lil Pump/Adele Givens/absurd costumes spectacle with a Kanye cameo, the song billed as “I Love It” was performed in a comically deconstructed form, sometimes evoking Flight of the Conchords’ “Mutha’uckas” as much as the original “I Love It” recording. In Kanye’s verse, the vulgar but comprehensible “I’m a sick fuck, I like a quick fuck” became the lazy and nonsensical “I’m a real freak, I need a real freak.”

At the same time, though, curse-less lyrics referencing sex and drugs were left in, like Givens’s joke about faking orgasms, Lil Pump’s line about “sippin’ drank,” and Kanye’s “the condom slipped up.” In this way, Kanye trolled both those in the audience who were hoping for an unadulterated performance of his song and those who were hoping for “clean” entertainment (although those people should know better than to watch SNL), delivering a performance that was consistent with the spirit of neither. And for good measure, he threw in a “scoop!” ad lib, in a seeming reference to “Lift Yourself,” his single from this spring which itself has been widely interpreted as a troll.

Kanye’s peak musical years may be behind him, and his politics may be controversial and incoherent, but his troll game has perhaps never been stronger.