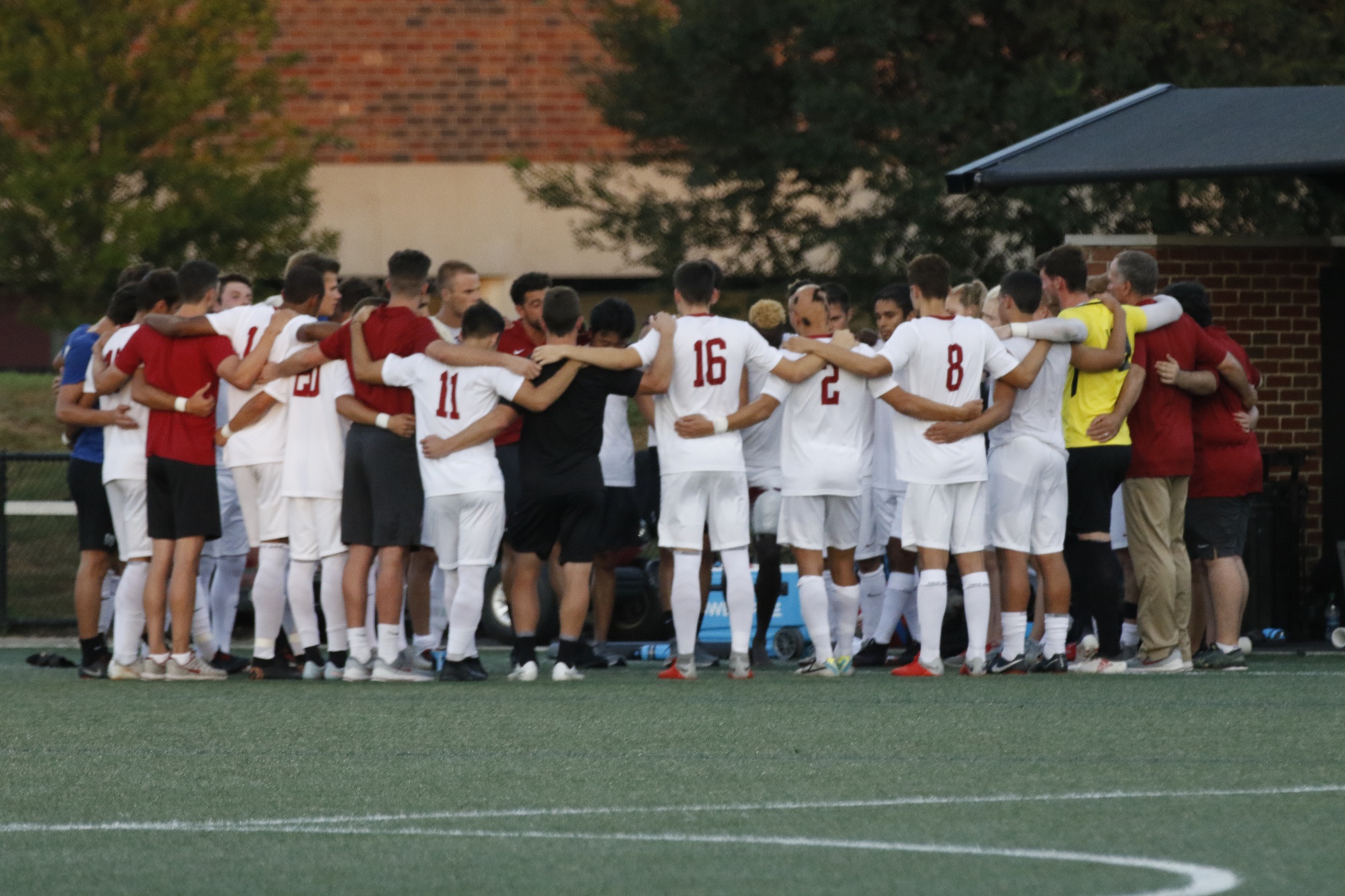 Harvard’s last time out saw the team deal with even worse conditions, when its non-conference matchup versus Northeastern on Tuesday was cancelled due to persistent lightning. Despite playing just over an hour against their cross-town rivals, the game was delayed and eventually abandoned. NCAA rules require 70 minutes of play for a match to count towards a team’s standings, and thus, Tuesday’s game ended up being no more than a friendly for Harvard.

Saturday’s conditions were not much better, as the game saw rain and temperatures hovering in the 30s. The match was played in spite of this, with the team from up north seeming to make better use of the weather.

“It was tough to adjust to the way the field was playing, it made the game more scrappy at times,” senior midfielder Eduardo Cedeno said. “I think Dartmouth kind of took the initiative at the beginning and put us on the back foot, but once we got a hold of it, it became back and forth with two evenly matched teams.”

Dartmouth found its first clear-cut chance in the 22nd minute, when it was awarded a penalty after Harvard committed a foul in the 18-yard box. Forward Eduvie Ikoba converted for Dartmouth for his first goal of the season, to put Dartmouth ahead inside half an hour.

Dartmouth went to work putting pressure on the Harvard defense from the get-go. Sophomore goalkeeper Matt Freese was forced into three saves in the opening seven minutes but benefited from more breathing room as the game went on.

The Crimson looked more lively after conceding, moving up the field and beginning to test Dartmouth’s keeper. Despite this increased intensity, Harvard went into the break down by a goal.

“There were moments, especially at the end of the first half, where we had Dartmouth kind of pinned back,” Cedeno said. “We were connecting a lot of passes, moving the ball from left to right, and getting into really good spots. For us I think that was the biggest positive.”

Freese was busy in the net all evening for Harvard, making a career-high nine saves during the hard-fought, wet matchup. He now leads the Ivy League in saves per game, averaging 5.45 stops per match in the Crimson goal.

Despite Freese’s and the rest of the team’s best efforts, Dartmouth doubled its lead shortly after halftime. With ten minutes played in the half, Ikoba bagged his second goal of the game, and second of the season. Harvard struggled to respond, with the game ending with a scoreline of 2-0.

“Obviously the end result wasn’t the greatest for us,” senior forward Nate Devine said. “But I actually thought it was a pretty decent performance for us in terms of fighting until the end.”

Harvard maintains the slight advantage in the all time series versus Dartmouth, with Saturday’s match cutting Dartmouth’s deficit to only six matches, at 44-38-10. The two programs tend to play close games, with Saturday being the first time in twelve years that the matchup was decided by more than one goal.

Saturday’s match drops Harvard to seventh in the Ivy League, with three points, while Dartmouth now sits in fourth place, with eight. Harvard’s only conference win this season came against Yale in late September, and they’ll be looking to round out the season with wins against Columbia and Penn in the coming weeks. Harvard will be celebrating its seniors in its next time out, as its set to host Columbia this Saturday, in its final home matchup of the season.

“Although we’re eliminated from Ivy League and postseason contention, I think playing in these games is really important for the young players especially,” Devine said. “Being a fifth-year senior, I think it falls on my shoulders a little bit to show them how to fight to end, no matter what the score is. Putting the young players in those positions is definitely going to help them for the future.”