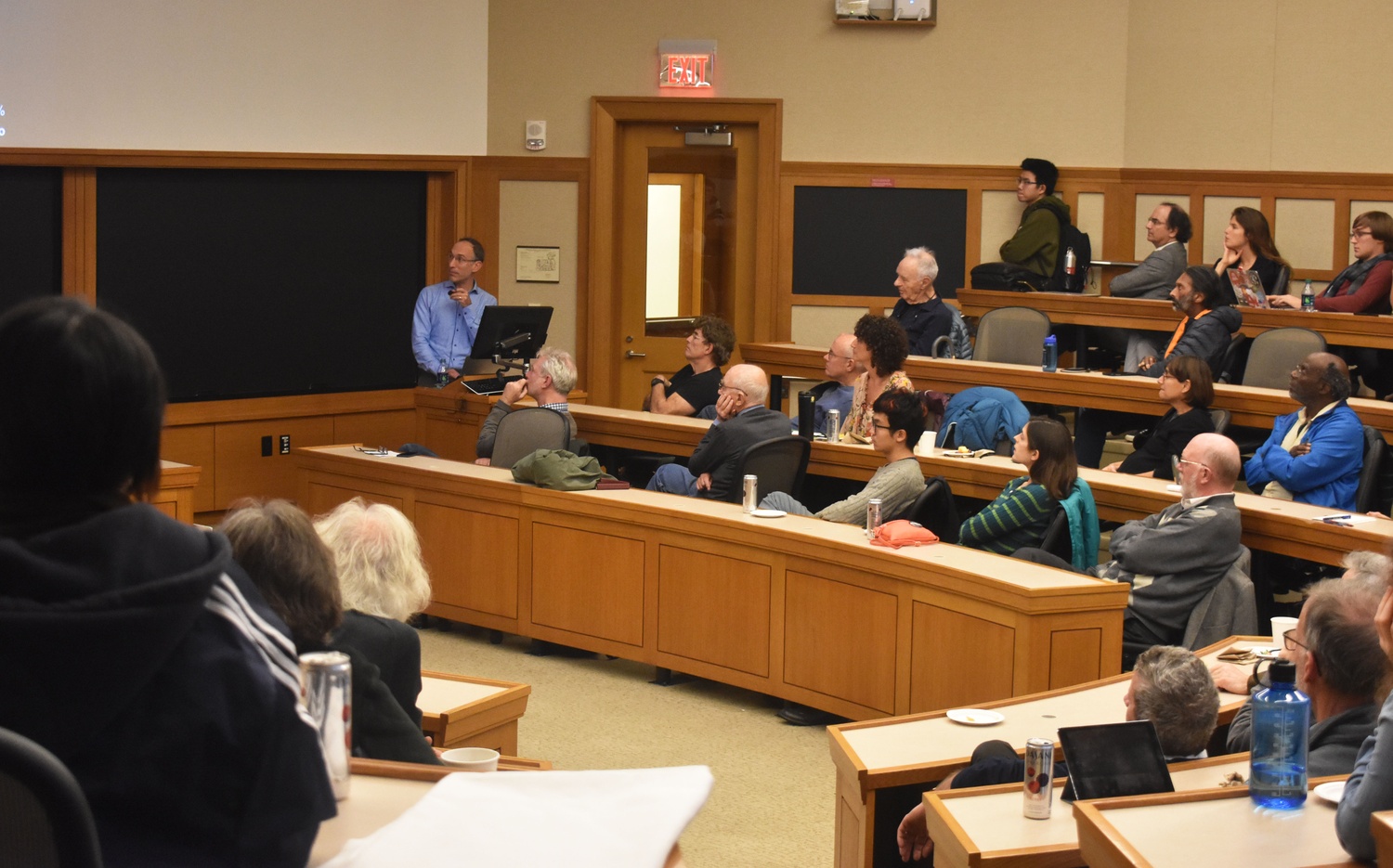 Reich’s lecture, titled “Why DNA Has So Far Failed to Provide Clear Insights About Distinctively Human Traits,” was part of a lecture series hosted by the University’s Mind, Brain, and Behavior interfaculty initiative.

Reich, a genetics professor, explained how he uses ancient DNA to study human history and migration. He also emphasized the importance of new and cheaper technologies, which have made possible new analyses of ancient DNA.

“In the last few years, the cost of genetic sequencing has decreased by a factor of a million,” Reich said. “This has revealed how little was known about the genetic relationships between people.”

He then elaborated on new discoveries, frequently coming out of his own lab at Harvard, such as an understanding that some human traits are more complicated to genetically determine.

“We now know that many traits, like height for example, are affected by tens of thousands of genetic variants working together in virtually undetectable ways,” he said. “The great majority of DNA sequences are the same. Miniscule differences in those sequences, caused by mutations, is what gives us insights about differences in humanity.”

New capabilities in genetic research have shown, however, that genetic diversity is decreasing, and traits are therefore becoming potentially more homogenous, according to Reich.

To some of the many faculty members who attended the lecture, Reich is something of a celebrity.

“You could’ve known nothing about genetics, and he explained everything perfectly,” she said.

Following the talk, Berry said he was hesitantly optimistic about the new possibilities of genetic research, which has yielded new discoveries in a short time period but has also given fewer insights about specific biological traits than expected.

“It was a sort of glass half full, glass half empty presentation but, well put it this way, ‘I’m definitely glass half full,’” Berry said. “When you do this kind of analysis, bang… lo and behold, you can actually see the footprint of those changes of history.”