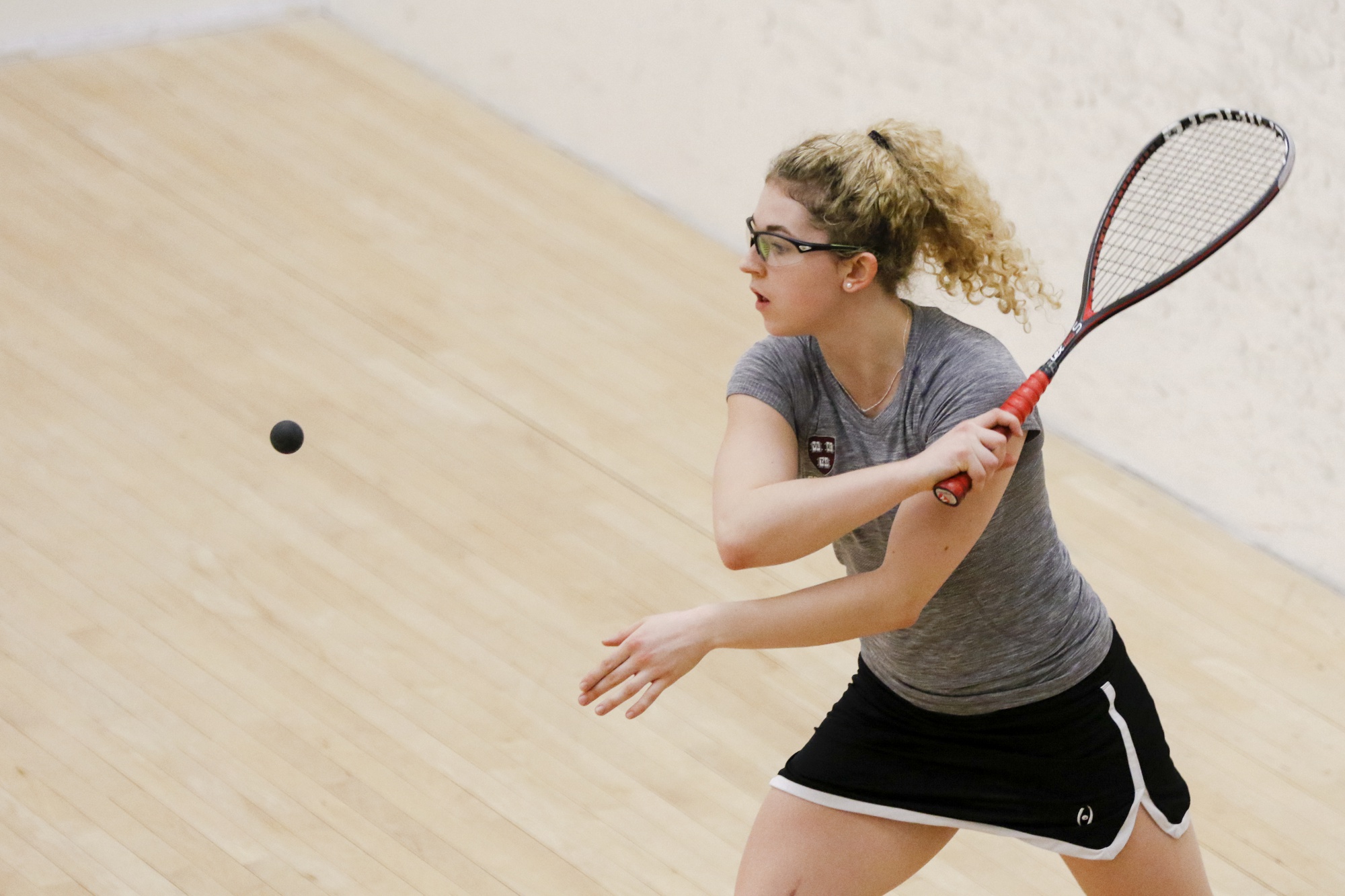 The women's Squash team has finished the past 4 seasons as national champions. By Timothy R. O'Meara
By Lev Cohen, Contributing Writer

With a new season at hand, the Crimson women will seek to maintain their stranglehold atop the college squash world while the men hope to finally get over the hump.

The women’s team went 15-0 last season, and even that record understates just how dominant Harvard was. The Crimson never came close to losing. Squash team matches are composed of nine individual matches, with each school’s top nine players facing each other. Harvard swept 11 meetings, 9-0, winning the other four by scores of 8-1. On the season, Crimson players went 131-4 (.970), with 114 of those individual match wins coming in 3-0 sweeps.

“It’s a good position to be in, being the one who holds the title,” junior Gina Kennedy said. “You don’t want to lose the title.”

This level of dominance is nothing new for Harvard. In winning the championship, the Crimson captured its fourth consecutive — and 18th overall — Howe Cup, the most of any program in the nation.

The undefeated season, too, was familiar territory. Harvard’s winning streak is now 53 matches, the second longest in program history. The Crimson last lost on Jan. 11, 2015, in a 5-4 squeaker to Penn. Nobody on the roster for the upcoming season has ever been part of a losing effort while donning a Harvard uniform.

“There is a bit of pressure, but it’s not at the core of what we think about,” Kennedy said. “I think it’s more that we’re not really that scared of losing but we’re more just determined to win. We try not to think about the broad aspects of it — the winning streak — and instead focus on individual aspects.”

“Because it was a small class that graduated, everyone’s very familiar with the team culture,” Kennedy said. “I think it’s been a really easy transition for the freshmen, and they’re coming into the season really familiar with everybody.”

The freshmen join a stacked team that has four of its top five players — Kennedy, senior Kayley Leonard, junior Amelia Henley, and captain Sabrina Sobhy — returning. In addition to dominating for the Crimson last season, the four also played exceptionally well at the CSA Individual Championships in March. Kennedy, Henley, and Sobhy all broke to the semifinals of the tournament.

While Harvard has a scrimmage at Yale next week and a match against Dartmouth in December, the Crimson’s season kicks off in full-force with a trio of home matches on Jan. 12 and Jan. 13.

“I think we’re all really looking forward for the season to start,” Kennedy said. “It’s a long buildup, because our season starts in January so we have a long time of practicing throughout the fall, so everyone’s really hyped for it. We’re excited to hopefully try and defend our title again this year. We’re looking forward to it.”

For the second straight year, Harvard men’s squash rolled into the CSA Team Final with 13 wins on the season and victories over Ivy League rivals in the quarters and semifinals. Again, the team came up just short against Trinity, losing 6-3 to the Bantams and improving its previous year’s score, 5-4, by one game.

The Crimson hopes that it will again have the opportunity to play for a national championship and that this time around, result will be different. 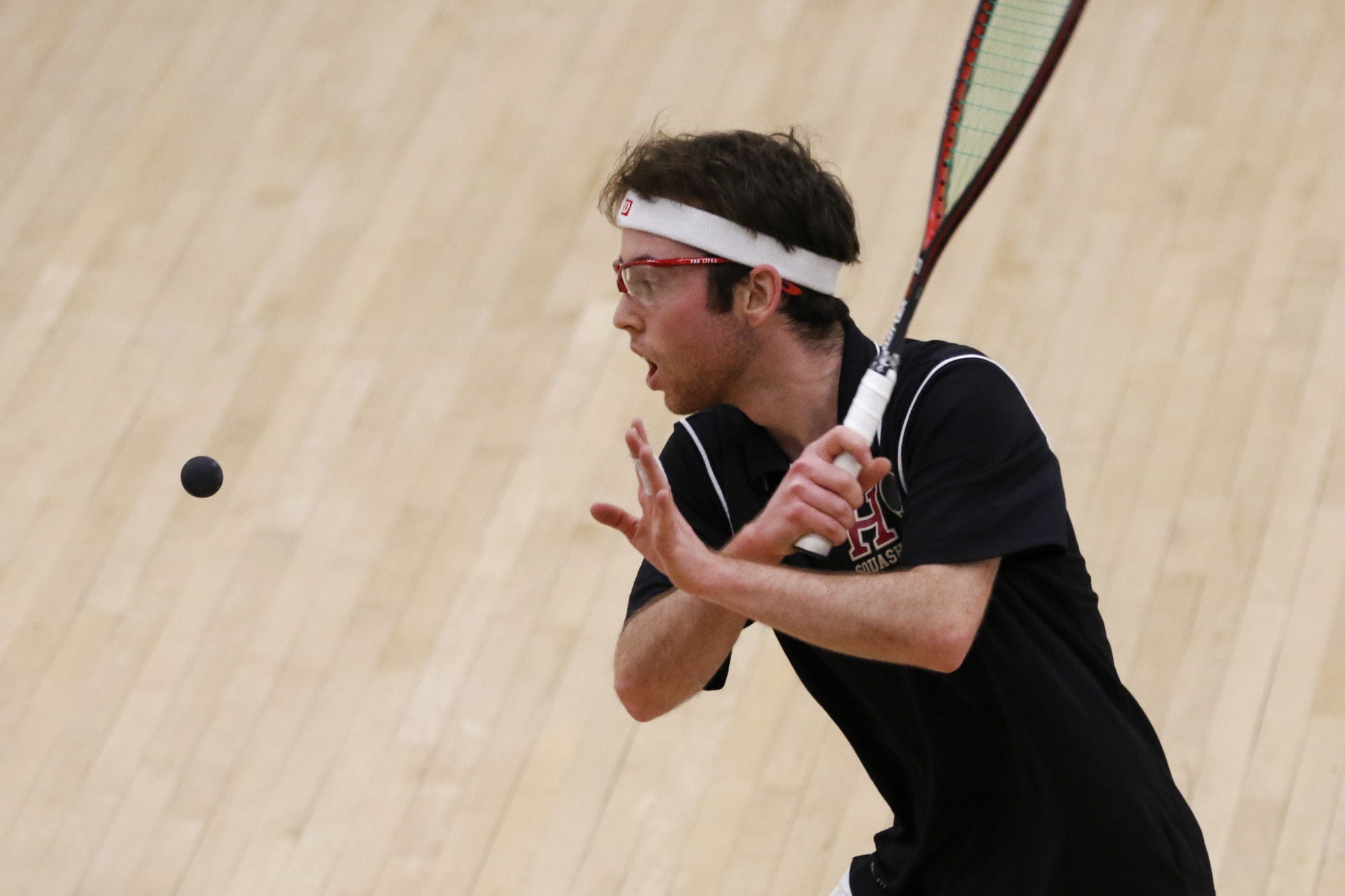 The men's Squash team has finished second in the nation in both of the past two seasons. By Timothy R. O'Meara

“When matches are that close — it was a really tight one last year — it comes down to the little things over the whole season,” junior co-captain Sean Hughes said. “We’ve made some changes to our preseason routine. I think from the mental side of things and also just physical training we’ve improved in different areas and I think that’s going to make a big difference when it comes to the end of the season.”

If Harvard wants to win its first national championship since it went undefeated in 2014, it will have to replace a few senior leaders, including David Ryan, who became the first Crimson player since Ali Farag ’14 to win the CSA Individual Championships. In addition to his individual title, Ryan went undefeated in his matches for the team throughout the season.

The Crimson has recruited a standout freshman class coming in to help it do just that. Marwan Tarek, George Crowne, and Victor Crouin have all already represented their countries — Egypt, Canada, and France — at the world championship level, something that should help them acclimate quickly to the college game.

“Everyone’s been in big situations before, especially the freshmen, which is definitely new,” junior co-captain Timothy Brownell said. “Having that team experience is really going to help them coming into this year. I think if we can look for them to show similar amounts of composure that they’ve shown in the past, we’re in a good spot. I think this year as a team we’re definitely more experienced.”

The freshmen will add even more quality to a roster than includes a number of experienced returning players, including First Team All-Americans Brownell and junior Saadeldin Abouaish, both of whom joined Ryan in the semifinals of the CSA Individual Championships.

The Crimson’s season starts earlier than usual this year, with November matches against regional rivals Northeastern, Tufts, and MIT. But Harvard has proven in recent years that it can roll through the regular season; the goal now is to defeat Trinity, winner of two straight national championships and three of the last four.

Brownell thinks the Crimson is well positioned to do just that.

“I really think that in general we’re a strong team, just as we were last year,” Brownell said. “Just now we’re a little bit more experienced, a little bigger, a little tougher. I think that it should be a great year. As long as we can keep everyone healthy — and that’s all we can ask for — the results will speak for themselves in the end.”