Recovering the Beauty of Sex 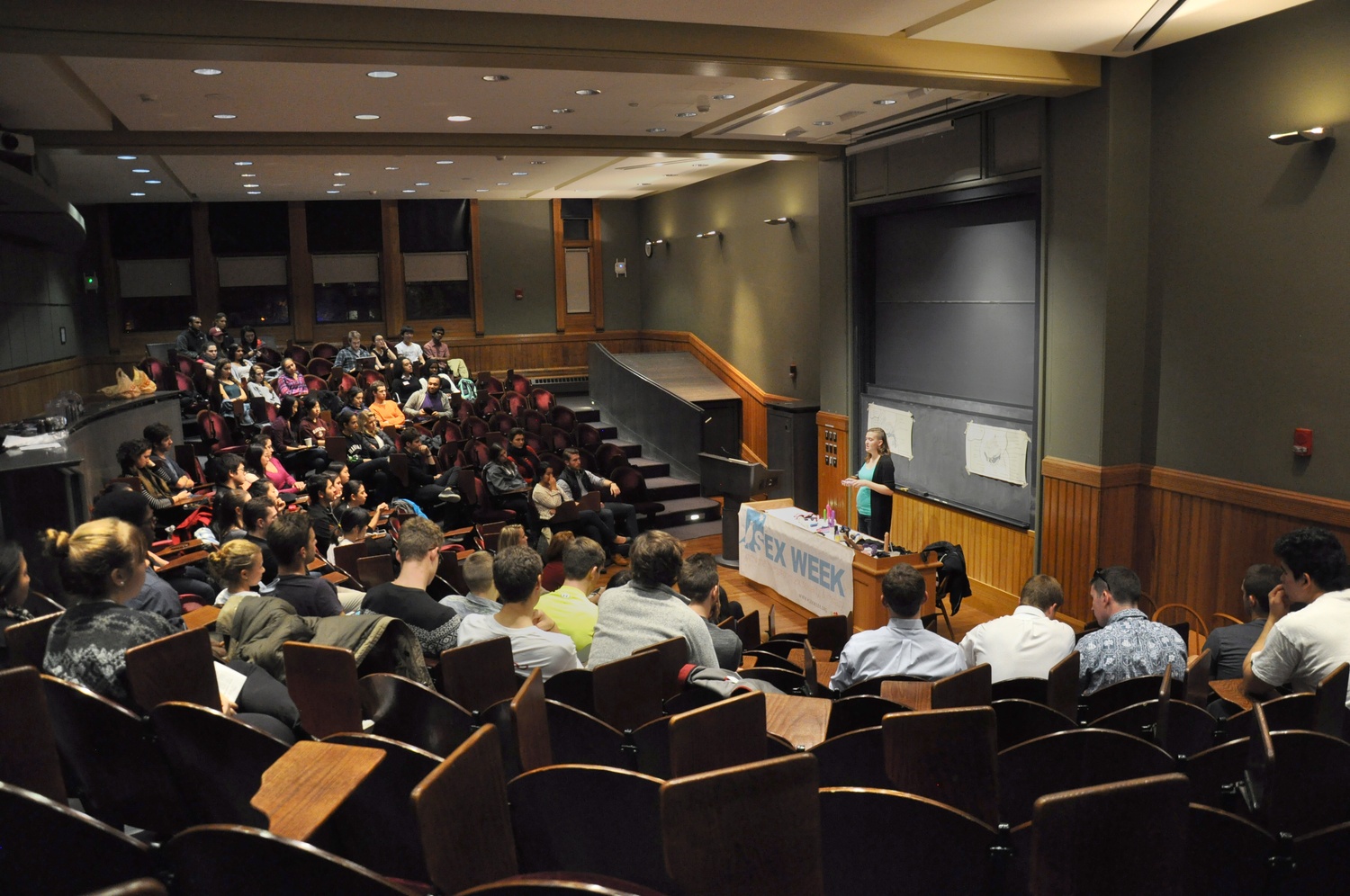 By Katherine W.K. Smith
By Joseph A. Barisas and William F. Long
The writers are the co-presidents of the Anscombe Society.

The answer, we suspect, likely has something to do with the fact that Harvard teaches us from our very first week on campus an oversimplified attitude towards sex that we might call the “consensual” philosophy of sex. Each year during Opening Days, freshmen sit through a mandatory theatrical production called “Speak About It” in which, over an hour of sexual reenactments, they learn that as long as they have “consent,” they are free to engage in whatever with whomever they please. What matters is not the act consented to, but the consent itself. While consent is obviously essential to the very nature of sex, there is so much more to it than just a verbal assent extracted from the other party in order to do whatever one desires.

Because there are no other normative guidelines on what true and good sex is, this ambivalence inevitably reduces sex, one of the most powerful and meaningful components of the human experience, to what many young people invariably want it to be: a purely physical act whose primary function is to produce pleasure and satisfy passions. It matters not with whom one engages in it, neither the duration or depth of that relationship, nor yet the further continuance of the relationship. To speak of its emotional and spiritual aspects feels awkward and anachronistic, and discussion of its procreative nature, arguably the most essential characteristic of sex, is avoided like the plague.

But the consequences of this cheapened, hollowed-out view of sex are heartbreaking. They can be seen in a culture of one-night-stands and hook-ups, fueled by alcohol, often ending in indifference and, occasionally, emotional trauma. Young men and women learn to see one another as means to gratification and not ends in themselves, infinitely valuable and unique. A woman who had suffered the emotional toll of being ghosted once too many times asked in a New York Times column whether by consenting to hook-up culture, she had also consented to its premise of detachment and self-centeredness. When we lower our standards of acceptable sexual behavior to merely what is legal, we should not be surprised to see our personal standards of sexual morality drop and unbridled license expand to fill the void.

A sexual ethic that bases its standards solely on what is allowed teaches students that they are being moral by merely staying within the bounds of the law. A robust ethic has positive rather than solely negative norms. Students learn implicitly a definition of sex as allowance, where anything not prohibited is good, instead of realizing that boundaries and reason help make sex the entirely unique and wonderful thing it is. Paradoxically, this prohibitive ethic in which we are currently immersed destroys the possibility of allowing people to see sex as a good and honorable and beautiful thing.

One of the self-proclaimed objectives of Sex Week was to “connect diverse individuals and communities both within and beyond Harvard,” and the group that runs it aims to “open up campus dialogue.” This is an aspiration we can certainly agree with, and we want to begin engaging in this dialogue by rejecting the premise that the ethic of “consent” is sufficient to create a culture of sex that truly empowers and connects.

Couldn’t we all agree that true sex requires genuine care for the other party and to have their best interest at heart? The moment we impose this reasonable requirement, we recategorize a wide swath of sexual behavior — drunken one-night-stands for instance — as instead a sort of glorified mutual masturbation. As we continue to positively construct sex by considering its many natural and valuable facets, we begin to elevate its dignity and purpose and reestablish a philosophy of sexual ethics that we believe benefits everyone. At the Harvard College Anscombe Society, we believe among other things that true sex should be a total and unreserved giving of oneself to another, physically, emotionally, psychologically, biologically, and spiritually. Its primary function is unitive, tying two people in an indissoluble bond, and procreative, wherein the love shared between the two manifests itself in the miracle of human life.

Only when we take every aspect of sex seriously and consider it in its proper framing, can we recover its natural beauty and value. Admittedly, constructing a full alternative vision of sex is not something that can be easily done in an op-ed, and the Anscombe Society — through meetings and public talks, including one with world-renowned moral philosopher Dr. Janet E. Smith this week — hopes to continue this ongoing dialogue about true love.

William F. Long ’19 is a Computer Science and Government concentrator in Adams House. Joseph A. Barisas ’21 is a Social Studies concentrator in Leverett House. The writers are the co-presidents of the Anscombe Society.