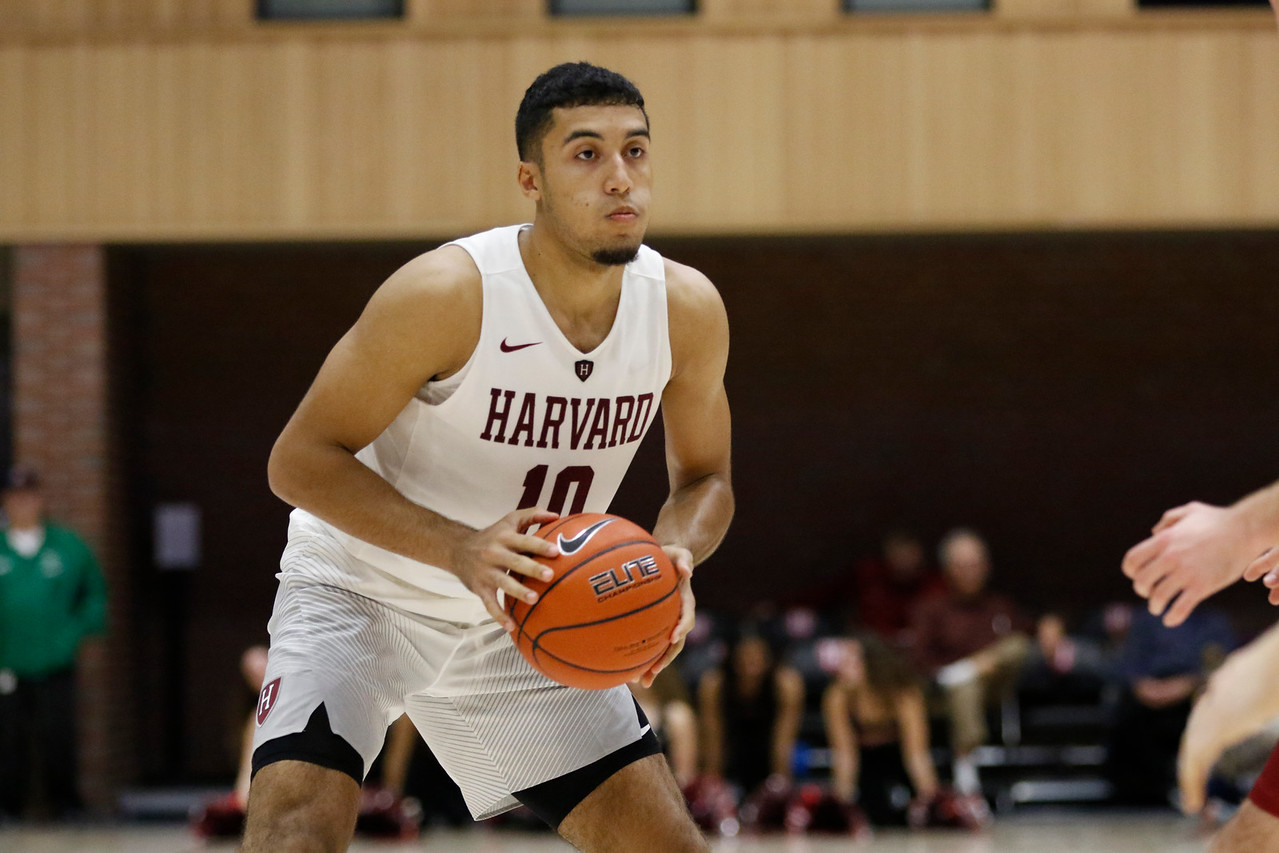 Midterm election night on Tuesday did not escape the notice of Harvard men’s basketball coach Tommy Amaker, who had election coverage on his TV during pregame shootaround in the team’s season opener against MIT. Immediately following the Crimson’s 78-66 victory over the Engineers, the former Duke mainstay likely went back to the remote as important political and basketball results began to stream in. The so-called “blue wave” was equally as potent on the news channels as it was on ESPN, where the No. 4 Blue Devils trounched — to put it lightly — No. 2 Kentucky at the Champions Classic.

Through all of the headlines, it may have been easy to overlook that a regular-season game was actually played here in Cambridge. With the MIT student supporter section filled to the brim, a similar statement could not be said about the Lavietes Pavilion home crowd. For those not in attendance (unless of course, you were streaming on ESPN+), here are the some thoughts from that game as Harvard prepares for its Friday night tilt with New England foe Northeastern.

Coach John Calipari famously implemented a platoon system for his highly (highly) decorated 2014-2015 squad featuring the likes of Karl-Anthony Towns and Devin Booker. I should probably spare Coach Cal some agony after quite possibly his worst loss ever on Tuesday night, but what was intriguing is this 5-in, 5-out substitution system was exactly what coach Tommy Amaker executed at the start of the MIT game. At the 15:55 mark, starters Christian Juzang, Rio Haskett, Justin Bassey, Danilo Djuricic, and Chris Lewis were subbed out for the second team: Spencer Freedman, Noah Kirkwood, Corey Johnson, Robert Baker, and Henry Welsh. The five-some were all replaced at the second media timeout by the starters.

Coach Amaker’s new catchword this year seems to be “sacrifice”, and it doesn’t take too much into reading the leaves to see connotations to a remarkably deep bench and of course, the need for some members of the team to take a slight hit on minutes.

Here’s Tommy’s explanation for his Calipari-esque attempt early on in the game (the team reverted back to individual-subbing following Lewis’s second foul at the eight-minute mark).

“I was anxious to see [the substitution scheme]," Amaker said.“One of the things we're going to try to see if we can do this year is use our depth...our depth was sensational you look at our points off the bench, to there's we get 35 points...we talk about our bench and our balance a lot.”

One more thing on the “bench and balance” line. All ten of those aforementioned players logged more than 10 minutes, and everyone of them scored at least a basket. Of course opponent quality is a factor, but something to keep an eye on as this team adds four freshmen (two in Kirkwood and Freedman who saw quality minutes Tuesday) to the mix.

Oh yea, Noah. Let’s just say that outside of the good ol’ consistent back-to-basket, old-school style of play that is Chris Lewis (who put up a team-high 20 points in only 15 minutes of action), the first year Canadian that is Noah Kirkwood is quickly becoming Amaker’s lead perimeter threat, pending Ivy League Player of the Year Seth Towns’ and Rookie of the Year Bryce Aiken’s return.

In the first half alone, Kirkwood went 4-of-5 with two treys and 10 points. His first career basket? A step-back, nonchalant three from the top of the arc that could only be described as smooth. The versatile 6’ 7” wing also showed promise in attacking the basket and drew separation with his iso play throughout the game, landing him a 13-point total for the game. Four turnovers is the slight blip, but a Towns-Kirkwood combo in the near future will be a sight to see.

And for the more analytically-inclined, Kirkwood landed a USG% percentage (how many team plays were used by the player) of 33.4, trailing only Chris Lewis among those who played substantial minutes. Let’s just say we will see a lot of plays in the hands of the young man from Ontario this season.

PROBLEMS IN THE RESTRICTED AREA

For an MIT team whose tallest player is listed at 6’ 7” and heaviest at 215 pounds, let’s just say way too many plays on the defensive end landed in easy finishes at the rim or offensive rebounds. Ball distribution among coach Larry Anderson’s squad in terms of a fast-moving motion offense was particularly effective in the opening frame, when MIT took the lead for a brief period of time and went back to the locker rooms trailing by just one point.

The Engineers outrebounded the Crimson 20 to 12 in the first half, with 11 offensive rebounds. Anderson’s side also attempted 19 layups with nine conversions and eight total assists in the 40-39 set. Having Lewis in foul trouble that first frame did not help, but interior lapses will be something to be addressed in the games ahead. The other sore spot on the stat sheet? 18 turnovers. Amaker acknowledged that the team was trying to play faster transition offense in this game, but noted a few(namely he recalled six), that were “silly turnovers.”

The Huskies took a tough loss in its opener against Boston University, despite star captain Vasa Pusica’s 31 points. Northeastern led by 12 in the second frame but could not withstand a late run from its Boston neighbors.

This one should come down to the wire, and a better mental game in terms of fewer turnovers, tighter interior defense, and more cognizant defensive rebounding will be critical for Harvard to jump out to a 2-0 start on the season.