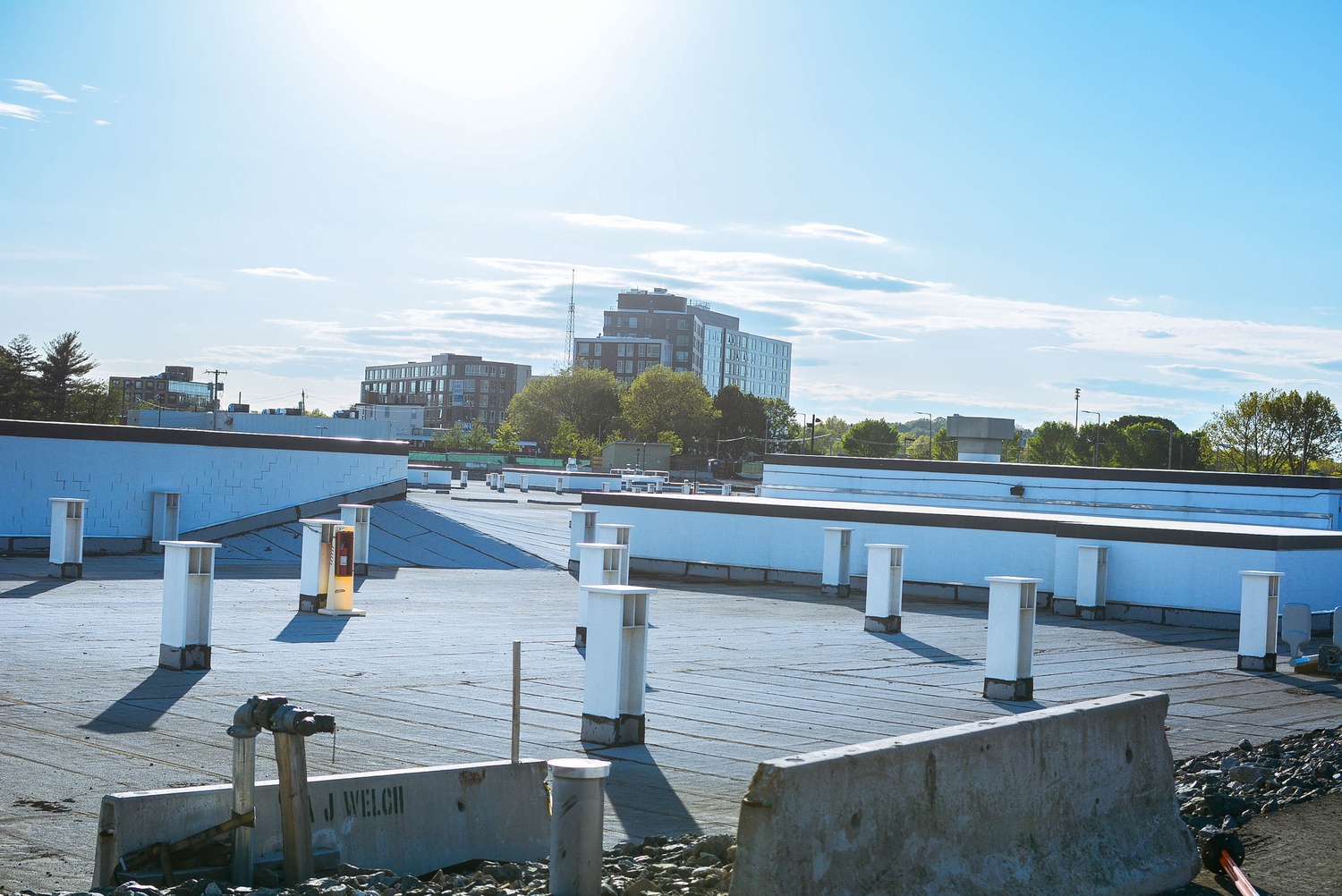 The grounds for the new Allston School of Engineering and Applied Sciences complex last May, before the complex's framework was constructed. By Y. Kit Wu
By Truelian Lee and Jacqueline P. Patel, Crimson Staff Writers

The SEAS complex, a 500,000 sq. ft. facility located in Allston, is slated for completion in the fall of 2020. President Faust and Boston Mayor Martin J. Walsh directed the placement of the final steel beam in Dec. 2017, marking the completion of the complex’s framework.

At 2:17 p.m. on Wednesday, the Boston Fire Department responded to a 911 call, which reported that two workers had fallen approximately 20 feet from the fifth floor to the third floor. Harvard Police and Boston Police also responded to the scene.

Turner Construction Company Vice President of Communications Chris McFadden wrote in an emailed statement Thursday that the workers were on “a temporary stair scaffold” when they fell.

McFadden wrote that authorities were immediately notified and workers transported to the hospital.

“The cause of the incident is under investigation," he wrote.

Marc Sanders, a spokesperson for the Boston Fire Department, said that the fire department categorized Wednesday as a “tech rescue response.”

A technical rescue response, Sanders explained, occurs in any situation that “exceeds normal fire suppression.” He said the department sends firefighters who are trained in navigating confined spaces to conduct these rescues.

“Anytime there’s a technical rescue, it’s never routine. There’s always a certain number of variables and obstacles you have to overcome,” Sanders said.

Sanders described the various complications of coordinating a rescue from a construction site.

“A building under construction—there are numerous hazards there, so it’s usually done with a quick scene size-up to assess the situation, and then they quickly devise a plan and execute it,” he said. “Not knowing what caused the workers to fall would weigh in the firefighter’s minds, because they don’t want to fall themselves.”

Sanders, who was on scene during the rescue, said that Harvard Police and Boston Police did an “excellent” job directing traffic and pointing the department to the site of the fall.