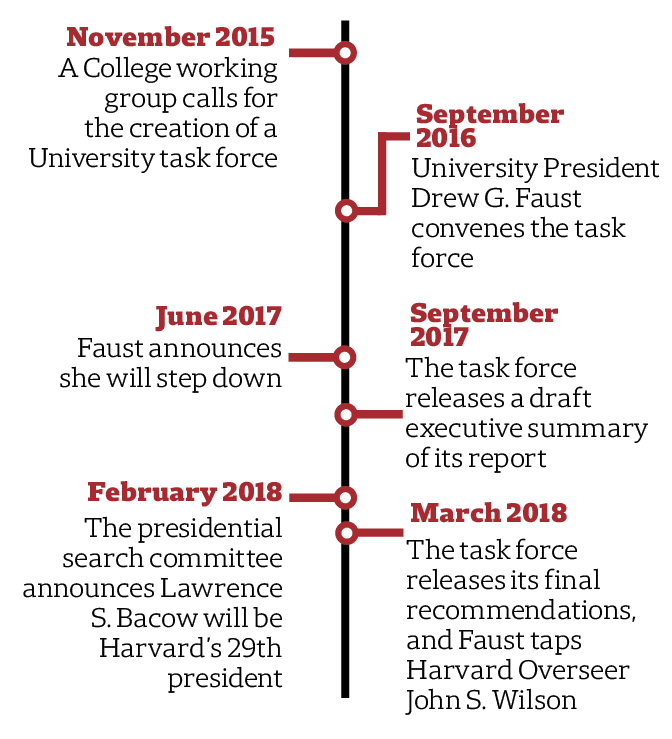 Some students praised the final report released by a University-wide task force on inclusion and belonging last week, noting the report's authors clearly took campus feedback on an earlier draft into account.

The report—meant to help ensure "full membership in the Harvard community" for historically marginalized groups—recommends an evaluation of the University’s values statement, increased funding for faculty diversification, and the creation of two centers, one for “Identity, Politics, and Culture” and one for “Inclusion and Belonging.” The report also recommends that the Office of the President and Provost appoint a central administrator to oversee these proposals.

The final report follows the release of a draft report in September that drew criticism from many students for failing to explicitly address long-running student advocacy for initiatives like the creation of an ethnic studies concentration and a multicultural center. At the time, Government Professor Danielle S. Allen, who co-chaired the task force, said Ethnic Studies proposals were excluded from the University-wide report because they were “College-specific.”

Following the release of the draft report, the task force made extensive efforts to garner feedback from across the University before publishing their final report, according to Allen.

“The task force members were just incredible in terms of getting out and talking to people and doing outreach sessions,” she said. “We spent the fall just traveling from one school to another, hearing people’s responses to the report.”

After seeing last week's report, many students said they think the final version of the document proves task force members seriously considered and incorporated undergraduate feedback. Salma Abdelrahman ’20, who co-leads the Multicultural Center Coalition, said she thinks the task force definitely mulled her and others' arguments in favor of a physical space for cultural groups on campus.

“I think that space became a much bigger issue after we brought up the concerns to task force members, so I think that heightened the awareness around the implications of space on campus after the conversation after the draft report,” Abdelrahman said.

“It did seem that Danielle Allen and the folks involved did take into consideration some of the concerns that were raised, and I do think that it was a great opportunity to get a lot of this dialogue across,” she said.

While ethnic studies did not earn an explicit mention in the final report, William Oh ’18, a member of the task force, said the proposed center for ‘Identity, Politics, and Culture’ comprises an opportunity for faculty to spearhead their own vision for the future of ethnic studies.

“As someone who’s really involved in the advocacy behind that, from what I have heard, I’m really excited by faculty who are coming together to really support that,” Oh said. “I think that the report makes it clear that the label of ‘Identity, Politics, and Culture’ is simply a placeholder. It’s a placeholder to leave space for the faculty, who are ultimately going to be leading the intellectual center."

Abdelrahman also said, though she thinks some language in the report is vague, she is optimistic about University President Drew G. Faust’s assertion in a University-wide email she sent last week that “inclusive symbols and spaces obviously extend well beyond the Smith Center.”

“The report can’t make any specific recommendations for specific schools, so as a University task force, I think the language was necessarily broad for that reason,” Abdelrahman said. “The language around inclusive symbols and spaces that extends well beyond the Smith Campus Center is a very important point in the report and I think it was important enough that she included it in her summary.”

Nevertheless, when it comes to implementing the task force’s recommendations, some students said they think the process may be slow-moving.

Cameron K. Khansarinia ’18, a task force member and former Undergraduate Council vice president, said the process of studying issues, forming committees, and releasing reports often seems frustrating to undergraduates, who tend to want immediate results. He said being on the committee allowed him to see the importance of prolonged discussion, a long-term view, and the involvement of voices from across the University.

“We’re thinking ‘Oh, what’s going to happen tomorrow and next semester, the next one or four years that I’m here?’ The task force, I think one of the best things that it does is take a long term view of this, so I think that they did a great job reaching out to all sorts of constituencies,” Khansarinia said.

“There are a lot of things that can happen going forward,” he added.