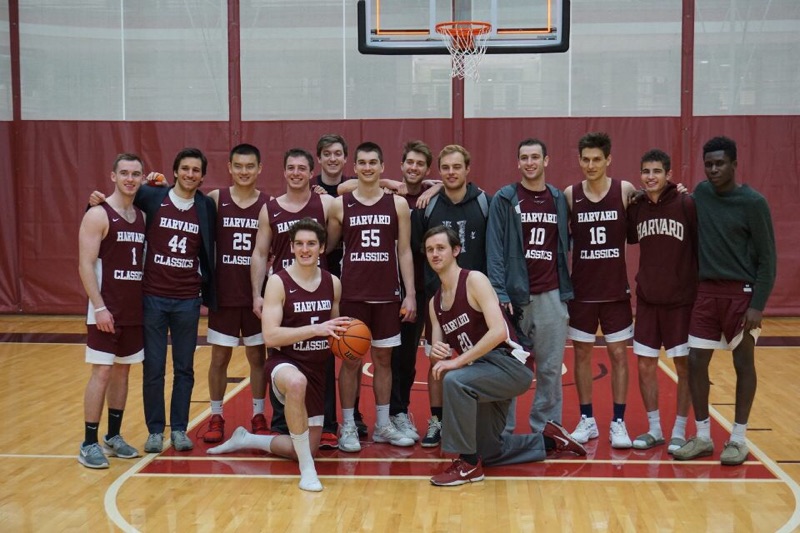 The Crimson Classics finished their season as national runner-ups, beating Michigan and Princeton in the NCBBA Tournament before falling to Ohio State. By Courtesy of Shane O'Donaghue
By Henry Zhu, Crimson Staff Writer

A day after upsetting No. 1 Michigan in the NCBBA semifinal, Harvard Club Basketball (Crimson Classics) fell to Ohio State in the championship game 80-70 at South Bend, Ind.

The Crimson Classics earned a spot in the National Championship game after a 79-75 overtime upset against top-seeded Michigan. In that contest, freshman forward Paul Ramsey shot 12-for-15 from the field for a team-high 31 points. Three other members of the Classics scored in double-digits, including 19 points from freshman guard Soren McLeod.

Prior to that contest, No. 4 Harvard faced off against Ancient Eight foe Princeton, which was ranked as the No. 5 seed. The Crimson narrowly edged the Tigers, 90-89, with senior Ephraim Lavey and Ramsey combining for 50 points. Harvard shot 50 percent from the field in that game with five game triples.

In regular season play, the Classics finished 19-3 overall and earned their spot in the National Tournament as the New England Conference Champions. Coming into the tournament, Harvard had won seven straight including a 87-73 victory against New England South champions Holy Cross.

A back-and-forth affair in Sunday's final saw Ohio State carry a four-point lead into the second half. After the Buckeyes extended the lead to 47-40, the Crimson went on a 9-0 run to regain the lead. Ohio State responded with a run of its own and held a 58-52 lead with 12 minutes to play.

Numerous turnovers and poor interior defense saw Ohio State bring the lead to 10 with eight minutes to play. Despite a string of threes from Harvard that narrowed the game to six, the Crimson could not complete the comeback effort and will leave South Bend as the national runner-up. A relatively new team in the college club basketball landscape, the young Crimson team returns several current underclassmen heading into next season.

A more in-depth piece on the club basketball season to come soon.