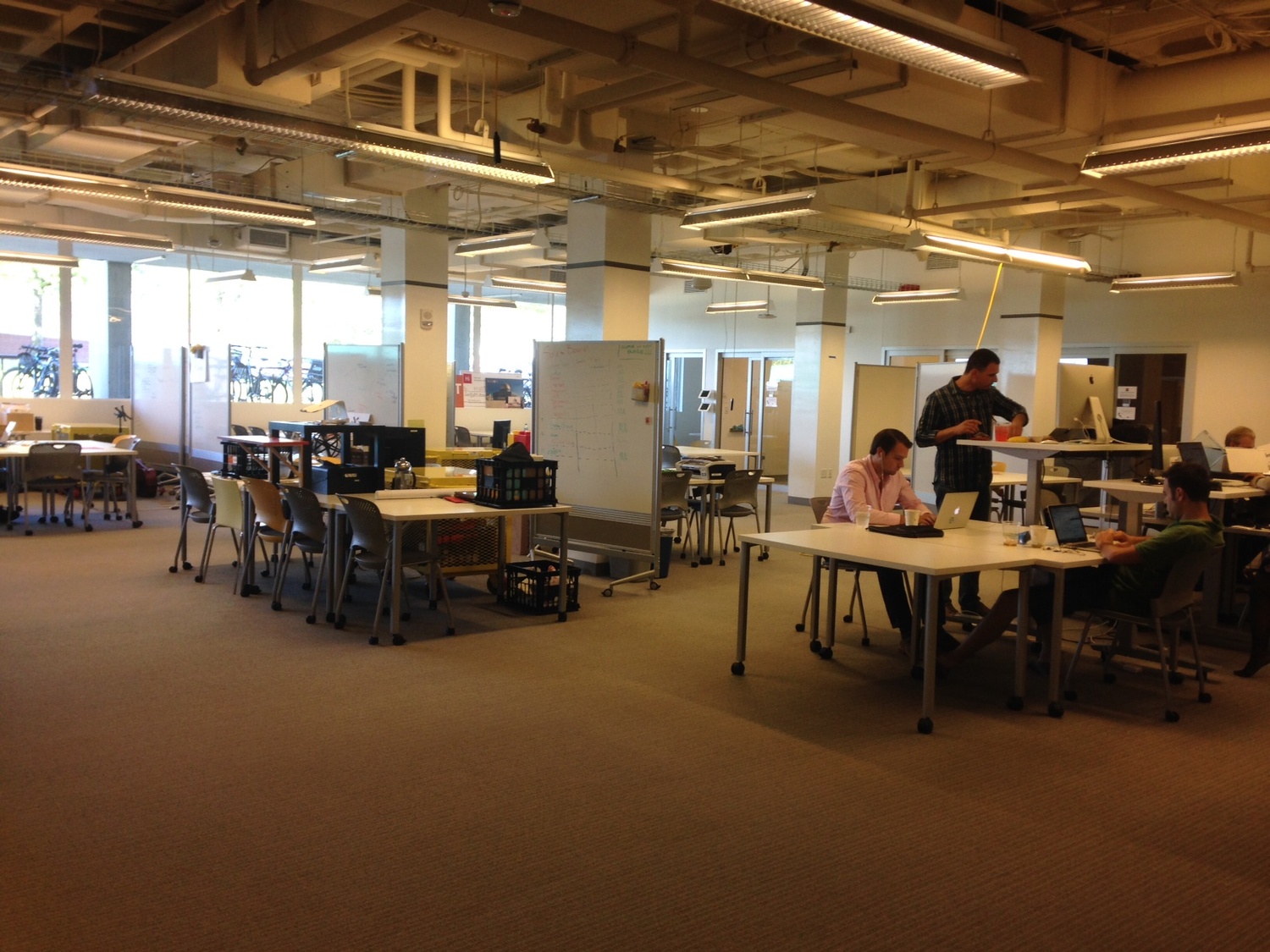 A company that revolutionizes ear infection treatment, an app to guide small business in emerging markets, and a toolkit to empower girls in STEM all won big Wednesday night.

The annual challenge, which began in 2011, aims to promote innovation and entrepreneurship. It is administered by the Harvard Innovation Labs, or i-lab, a center for creative ventures that opened the same year next to the Business School. Applicants are encouraged to “engage with pressing issues facing the world and to explore turning their ideas into impactful, real-world ventures.”

This year 123 teams representing 12 different Harvard schools competed for a share of the $310,000 in prizes. The 15 finalist teams presented their projects to visitors at the i-lab Wednesday before University President Drew G. Faust announced the award recipients.

In her remarks, Faust described the work being done at the i-lab as “daring” and “bold.”

Before the ceremony, STEMgem co-founder and Harvard Kennedy School student Eva-Maria F. Olbers said she was “overwhelmed in a good way” about being a finalist.

“Honestly as an entrepreneur, it’s not always the easiest path,” she said. “There are days when it gets more difficult, there can be days when you feel unmotivated or even lonely in your journey—and the i-lab has created an amazing community around that.”

STEMgem co-founder Larissa Nietner said the i-lab was good at “celebrating the little successes” during the “up and down” process of launching a start-up.

During the awards ceremony, i-lab Executive Director Jodi Goldstein said, “I always get a little emotional on nights like this, hearing from all the teams and talking to them around the space. It’s the culmination of so much hard work, and I’m so proud of each and every one of them.”

“We hope to arm the innovative minds of tomorrow with the skills and resources they need to have an impact in whatever it is they decide to do,” Goldstein said.

Some members of teams who did not win that evening said they still found the opportunity to be a valuable experience.

“The process through which we put everything we worked on for our application and prepared a pitch has really helped us reflect on how far we’ve come in just under a year and a half,” Coding it Forward co-founder Chris D. Kuang ’20 said.

“To be able to get to this point has been really rewarding for us,” he said. “There are a lot of other teams with fantastic ideas that have applied, and being selected as one of the finalists in the social and cultural impact track is already I think for us a significant win.”