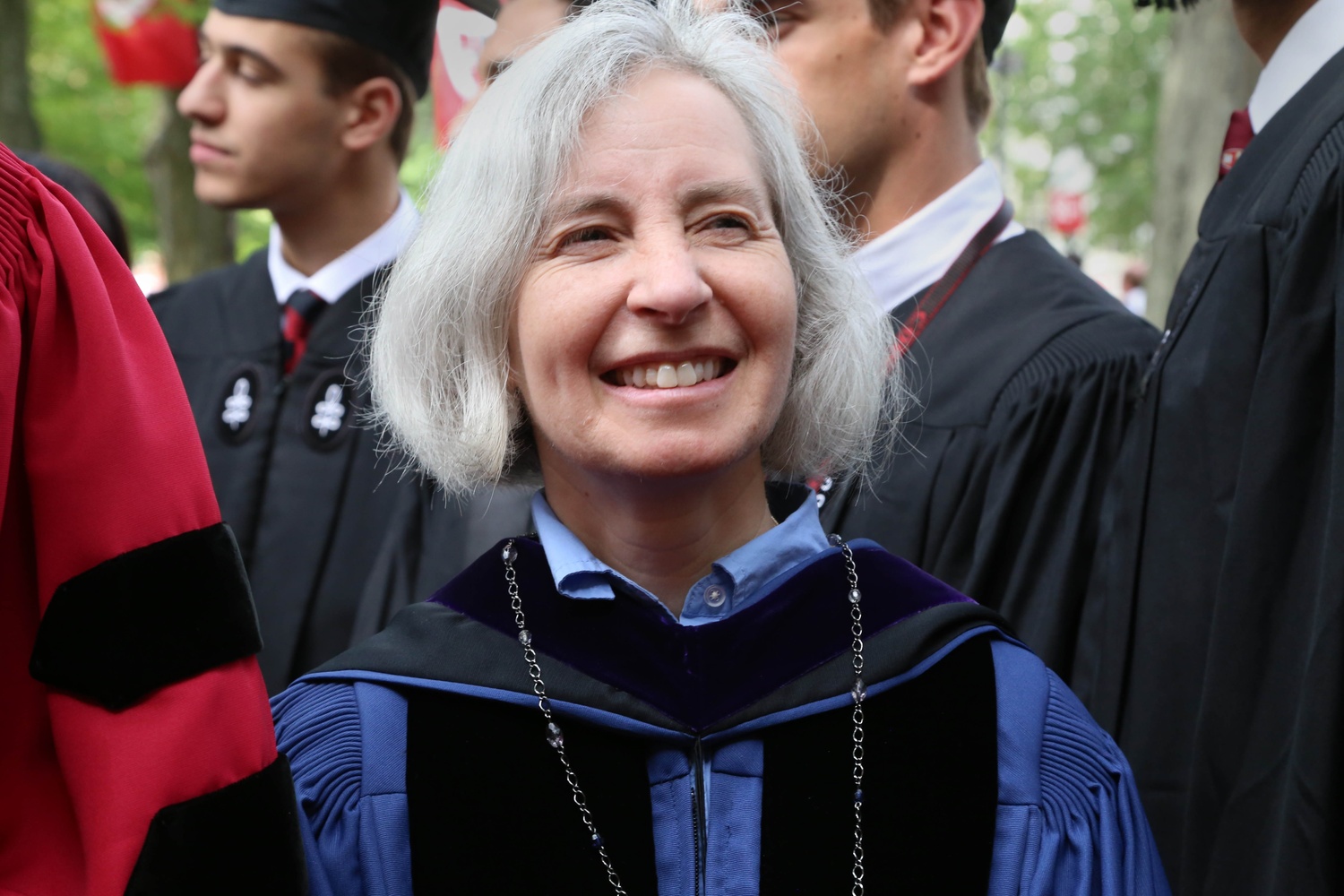 Harvard announced Tuesday that former dean of the Law School Martha L. Minow has been named a University Professor, the highest honor a Harvard faculty member can receive.

Minow, who served as Law School Dean from 2009 to 2017, will begin her appointment on July 1. She succeeds Laurel T. Ulrich, who is retiring on June 30, as 300th Anniversary University Professor.

After clerking for David Bazelon of the U.S. Court of Appeals for the D.C. Circuit and later Associate Justice Thurgood Marshall of the U.S. Supreme Court, Minow began teaching at Harvard Law School in 1981 as an assistant professor. She became a professor of law in 1986 and received a named professorship in 2003.

Minow’s work—including publications on the interpretation of rights and privatization of traditionally public services—is frequently cited, according to a press release.

Minow said in the press release that is an “honor to teach and study” at Harvard and that this recognition inspires her to work harder in her return to teaching after spending last year as a fellow at the Radcliffe Institute for Advanced Study.

“This new appointment provides energizing encouragement as I return to the classroom after a wondrous, boundary-crossing year with generous colleagues at the Radcliffe Institute,” Minow said. “I will work hard to be worthy of the great traditions and aspirations of Harvard and the project of using reason to advance understanding, opportunity, fairness, and peace.”

“Martha Minow is a scholar of extraordinary scope, imagination, and impact, whose wide-ranging work is anchored in a deep commitment to justice,” Faust said. “It is a special pleasure to recognize her with the 300th Anniversary University Professorship.”

Current Law School Dean John F. Manning ’82 also praised Minow’s service and congratulated her on the appointment in a statement.

"Martha Minow has been a transformative scholar across multiple fields and disciplines, a devoted and influential teacher, an innovative and impactful dean, and a tireless advocate for those in need of legal services,” Manning wrote.

“I am delighted that the University has recognized her extraordinary contributions to Harvard and to the world by appointing her the 300th Anniversary University Professor,” he added.