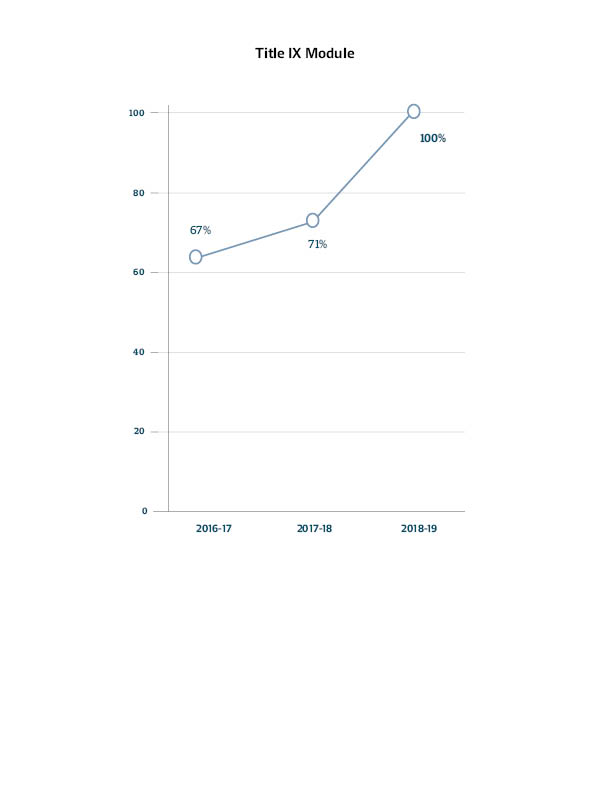 Harvard College mandated for the first time this year that undergraduates complete an online sexual harassment training, or else face consequences. Failure to complete the module, College administrators warned over the summer, would result in students being barred from enrolling in classes.

The hardline approach seems to have worked. Every degree-seeking College student enrolled for the fall term has completed the training, according to the College’s Title IX Coordinator Emily J. Miller.

The move comes after years of student activism — and at least one University-wide report — recommending mandatory training around sexual harassment prevention and response. Previously, students did not face repercussions for failing to complete trainings, even if those trainings were labeled as mandatory.

This year, completion of the online training triggered the removal of a hold on course enrollment similar to those for adviser approval or finishing the College’s semesterly check-in process.

The training consisted of an online module that explained the University’s Title IX policy, procedures, and resources. Title IX, an anti-sex discrimination law, underpins the school’s approach to sexual harassment. The training also discussed gender-based harassment. It presented a number of scenarios in which College students might find themselves needing to respond to instances of harassment.

As of the Sept. 12 course enrollment deadline, there were a few students who had not yet completed the newly-designed training, Miller said. Those students were not able to complete their enrollment until they finished the web-based module or an in-person training session either in a group or individually. As of Monday, though, Miller said all students have successfully completed some version of the training.

Miller wrote in an email that this year’s 100 percent completion rate was unprecedented.

“We have never been able to say that before,” she wrote. “I am grateful to the students and colleagues who worked hard to make that a reality this year.”

The online training was redone this yeart to incorporate student feedback from last year, including a more streamlined module and scenarios that were meant to resonate more with students. Miller said that despite the positive student feedback in both of these areas, plans for revising the module further are already in the works.

“We are always looking for ways to improve the training, and I have already met with several students who have ideas for new scenarios we could roll out next year,” Miller wrote. “We will be hosting student-led focus groups in the coming weeks to solicit more student input.”

The school’s Title IX office split in two last year and formed the Office for Dispute Resolution, which formally investigates Title IX complaints and incidents. The Title IX Office, now headed by Nicole Merhill, provides resources and trainings for students, faculty, and staff. The University saw an overall increase in reports of sexual harassment during the 2016-2017 academic year — the latest for which data is available. Title IX administrators also observed an uptick in formal complaints following the Harvey Weinstein scandal last year, which launched the international #MeToo movement.