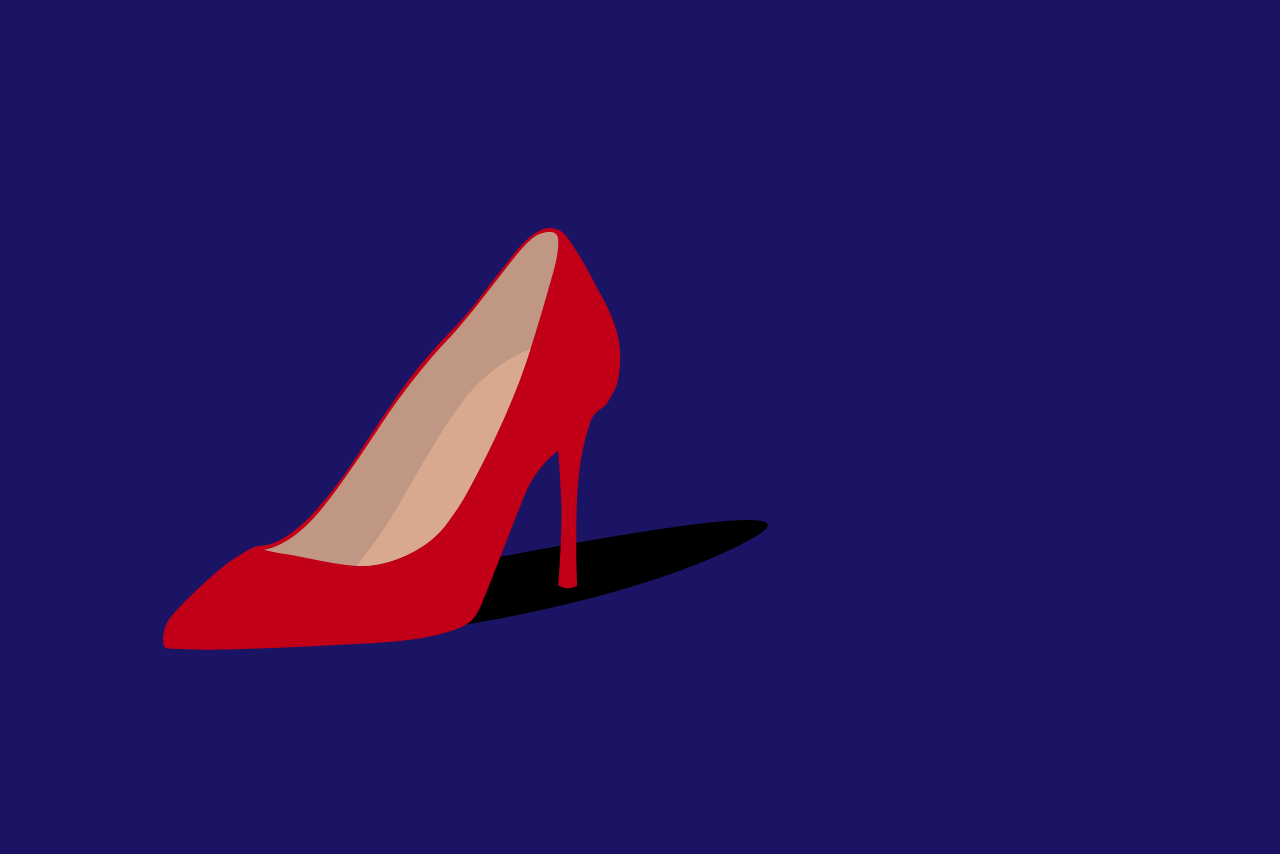 Sometimes a red pump says it all. Bloody-shoe connoisseur Cardi B demonstrated as much when she hurled one of her glossy crimson slippers at fellow rapper Nicki Minaj during a New York Fashion Week event on Sept. 7. What seemed to be the culmination of one tense night, however, goes far deeper: Feuds don’t develop in vacuums, and dedicated spectators should know this one was many months in the making. The clash is in many ways emblematic of the pressures of being a woman in the rap industry, and tracing its development offers a disheartening picture of how far the business has yet to go.

On paper, the two narratives are so trope-heavy it feels like conflict was inevitable. On one hand, you have an established act losing steam. Nicki Minaj’s 2017 left her facing scrutiny, mediocre releases, and ensuing fatigue. On the other, you had a scrappy upstart whose unapologetic attitude catapulted her into the limelight. Of course, where there is blood in the water (or perhaps just scarlet-glazed Louboutin heels), sharks soon circle. Fans and media alike were quick and insistent on pitting the two musicians against one another, a rivalry which has since snowballed out of control.

To be sure, rap feuds are no new development. Manufactured conflict between two female rappers, however, runs up against discouraging disparities long present in the industry. Analyzing individual labels reveals that they routinely choose not to sign women, barring them from the institutional support necessary to attain commercial success. Cardi B’s “Bodak Yellow” made her the first solo female rapper to hit #1 on the Billboard Hot 100 in more than two decades and only the fifth of all time, a title her counterpart has yet to receive despite her longer tenure. Statistics like these shed light on why the two stylistically distinct musicians are so often compared: They are the most visible members of a demographic categorically excluded from the charts, easy targets for those who only measure success relatively.

In an industry where people like to pretend there’s only space for one, maybe it’s not such a surprise that these comparisons get personal. As Remy Ma, an outspoken opponent of Nicki Minaj’s, famously said of Nicki Minaj on the Wendy Williams Show, “I have a problem when you’re trying to stop my bag, when you’re trying to stop me from taking care of my children, I have a problem with that.” It’s about more than just clout. It’s about livelihoods.

This is not to say that Nicki Minaj and Cardi B should be absolved of their actions. Both Nicki’s underhanded jibes and alleged comments on Cardi’s parenting and Cardi’s borderline assault are unconscionable. But understanding the ecosystem in which this conflict arose is telling. Perhaps the reason the former has had to play the defensive — launching an album cycle fraught with desperate attempts to top the charts — is because the success of “Queen” was a referendum on her rap position. Perhaps the reason the latter acts so erratically is because of the demands placed on her to leverage her name recognition as a rising star despite being a new mother. Sure, both artists have big personalities that might have caused friction and exacerbated tensions, but the constant goading of a hostile media environment takes at least some of the responsibility.

Tabloids and mainstream media alike love a good catfight. But as its participants lick their wounds and the furor dies down, the fact remains that the factors which fueled this conflict are very much still in play. Maybe the reason Nicki and Cardi were stepping on each other’s trains is because the public wasn’t providing them enough space to stand alone.