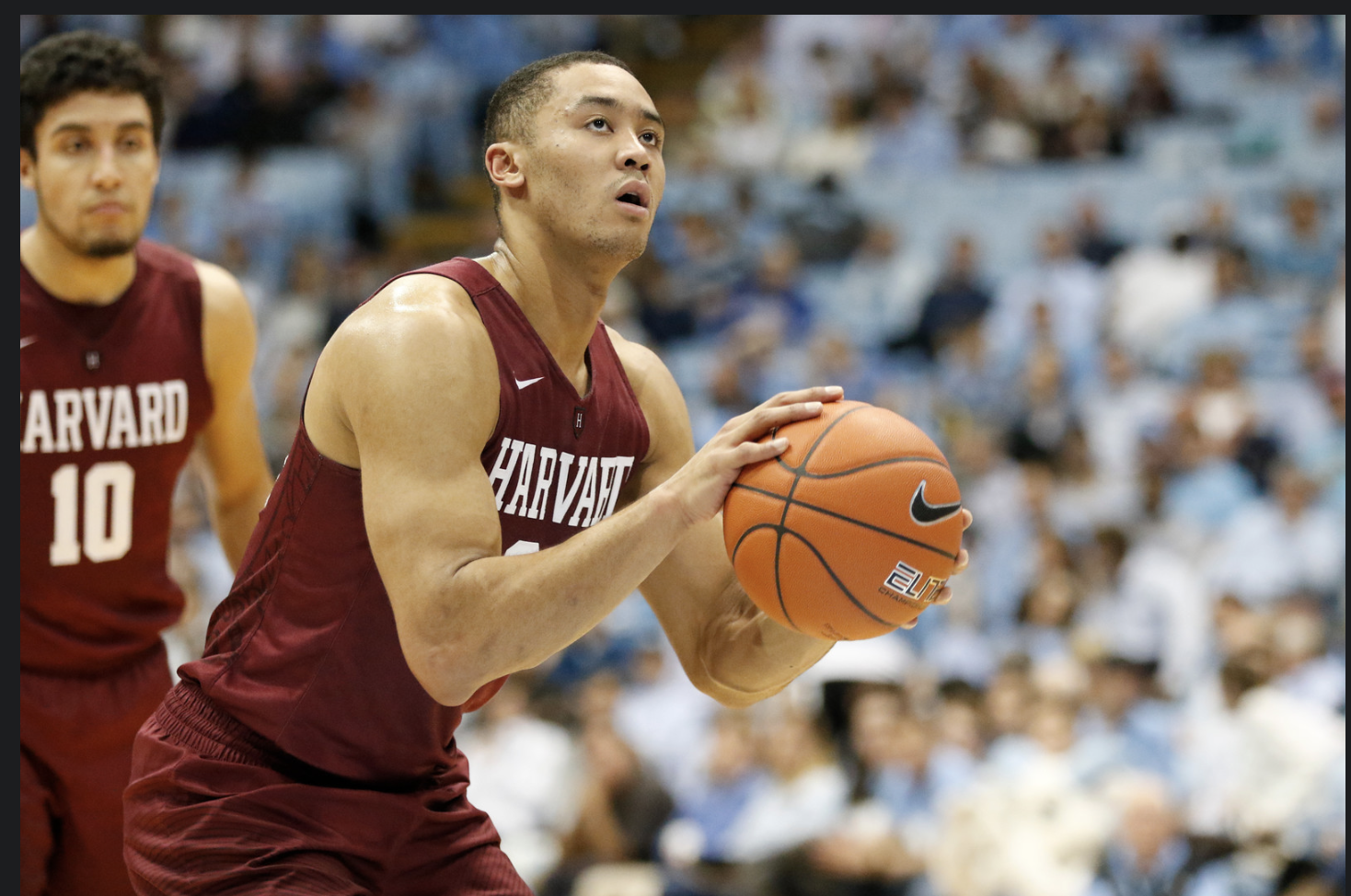 WASHINGTON D.C., — Behind the Harvard bench stood Supreme Court Associate Justice Elena Kagan L’86. On the opposing side stood U.S. Senator and Howard alumnus Kamala Harris, who earlier in the day had just announced her 2020 presidential candidacy. Adding to the symbolism of this clash between two storied academic institutions was the stage itself and its game date: Burr Gymnasium — on the campus of Howard University — during Martin Luther King Monday.

In front of such a distinguished backdrop, the hardwood itself saw the long-awaited return of the Crimson point guard donning #11. After 348 days away from competitive action, Bryce Aiken is indeed back - and it took just 16 seconds for the junior to make his impact felt on the 2018-2019 season. On the opening possession of the game, the former Ivy League Rookie of the Year drilled the game’s first field goal attempt, a deep three from the upper left arc that gave Harvard (7-7, 0-1 Ivy) a lead it would never surrender.

Coach Tommy Amaker had no hesitancies in re-introducing his star guard, inserting him into the starting lineup and featuring him for 29 minutes in Harvard’s 84-71 wire-to-wire victory over the Bisons (8-12, 2-3 MEAC), the team’s final non-conference contest of the season. The Randolph, N.J., native finished with five assists and 16 points on 4-of-10 shooting. Aiken’s mere presence on the court offered a boost to the Crimson’s hopes of an Ancient Eight title, especially as defending Ivy League player of the year Seth Towns remains absent.

“I had to shake off a little jitters in the beginning of the game,” Aiken said. “But the team trusts me and Coach trusts me, so once I got comfortable, I just played my game and it made it easy for me.”

More than being a re-arrival showcase for Aiken, however, the Crimson win was the product of a collective effort. Junior forward Robert Baker, who had seen limited minutes in recent contests, notched his first double-double of the season with 11 points and 13 boards.

“Very impressive, he had six rebounds at the half and I told him that if he didn’t get at least 10, that would be a disappointment,” Amaker said. “Suddenly he got 13. Really pleased with his effort on the backboard.”

Wing Justin Bassey topped the scoring sheet with 18 points with four triples. All five Harvard starters, members of the lauded junior class, finished the contest in double figures, an example of the balance that Coach Tommy Amaker has frequently exalted throughout the season.

“I think they slowed us down and put us on our heels a little bit,” Amaker said. “It stopped our penetration where we could penetrate and kick and make shots. It was a nice move by them but we settled in and adjusted.”

Bassey’s performance from the free-throw line was another positive aspect of Monday’s victory. The Denver, Colo., native, who had shot at around 80 percent through his first two seasons in Cambridge, entered Monday at 50 percent from the charity stripe. Bassey knocked down all four of his free-throws, as part of an impressive 22-of-24 road effort from the line.

“Definitely all starts with defensive rebounds and positive possessions,” Bassey said. “Today we did a great job getting locked in with 20 assists and making our free throws, a lot of little things taken care. All those things tend to add up for us.”

The team’s balanced attack resulted in a season-high 84 points, as well as a season-high 45-point first half. The Crimson jumped out to a quick 6-0 start, as part of a 17-7 run that forced Howard to take a timeout early in the first half. Although the Bisons would narrow the margin in the first half and later in the second half, Harvard was able to see out Monday’s victory without too much stress. One notable absence from the win was freshman Noah Kirkwood, who has struggled of late and missed the game with an illness.

The Crimson’s 14 turnovers was as welcome a statistic as any for a team that found itself 341st out of 351 Division I programs in turnovers entering Monday’s action, at almost 17 per game. And while the team’s ball-handling still leaves much to be desired, the return of Aiken should bring some veteran confidence to the backcourt alongside Christian Juzang.

Harvard will hope that Monday afternoon’s victory is a harbinger of things to come, and will catalyze the team leading up to a Saturday rematch with Dartmouth at Lavietes Pavilion. An Ivy League season that had offered so much promise for the Crimson opened in a worse manner than anyone would have expected, with a 81-63 loss in Hanover last Saturday, and Harvard will surely be seeking a dominant win in Cambridge this coming weekend.

“I just thought our kids played with a great spirit,” Amaker said. “We talked about regrouping and responding from our last outing— which wasn't a pretty outing [at Dartmouth] and I felt we really handled things well this whole past week to get us in position to play.”