YDN Dueling Column: Who's Next to Us

In the middle of last year’s back-and-forth Yale-Harvard contest, The Game halted for what seemed like hours, forcing spectators to debate the age-old question: Is Harvard spiteful or merely pompous?
By Steven Rome 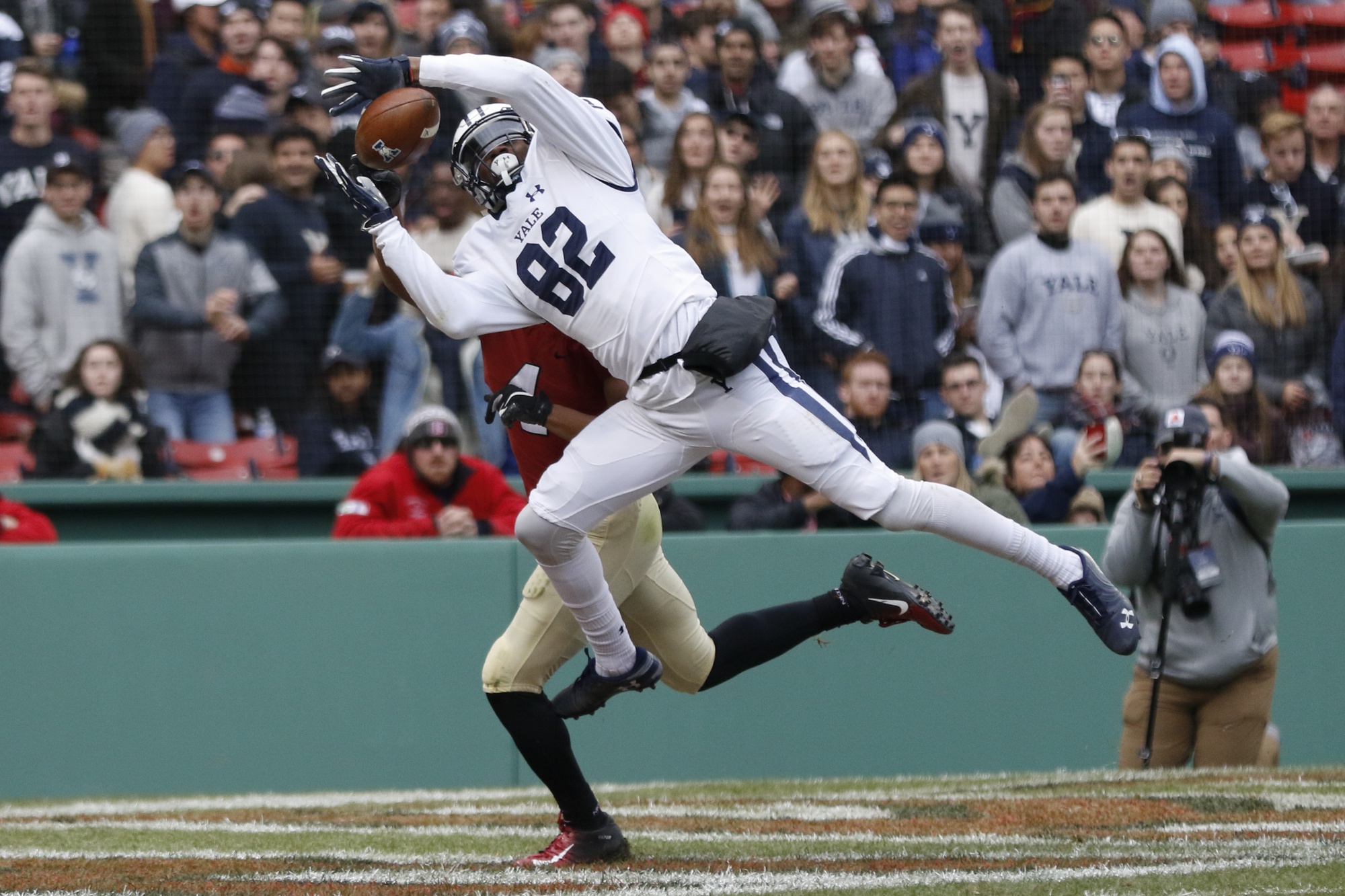 Yale is 8-1 heading into The Game. By Timothy R. O'Meara

In the middle of last year’s back-and-forth Yale-Harvard contest, The Game halted for what seemed like hours, forcing spectators to debate the age-old question: Is Harvard spiteful or merely pompous?

In other words: Was it the middle finger or the index finger?

Yale fans may be forgiven for having buried the memory of this pitiful pedantry. The controversial moment came in the fourth quarter, with Harvard clinging to a one-point lead over an injury-riddled Eli squad. Running back Devin Darrington burst through a hole with a clear path to the end zone. He then turned around toward Yale’s pursuing defender and stuck a phalange in his face. After a long replay review, the referees docked Darrington with an unsportsmanlike penalty and negated his touchdown. The paper for which I write scrambled to dig up proof that Darrington merely extended his index finger — that his grandstanding merited a PG rating as opposed to PG-13.

We should have expected nothing more of our crimson-faced counterparts. Never quite fulfilled, longing for external validation, they always have to turn around to comfort themselves that someone is a bit worse off than they are, and they make sure they know it. A club is not a club if no one is excluded from it. Their fragile egos require flaunting.

It’s why the Crimson’s columnists like to make themselves feel better by disparaging our college and city in their annual Yale-Harvard rejoinders. Perhaps they’re insecure that Harvard’s greatest “win” was just a tie, and it happened 51 years ago. (The Elis hold the overall edge with 67 wins to Harvard’s 60). Yalies, meanwhile, care much more about who’s next to us than who’s behind us.

So let’s focus on Yalies. The Game promises to punctuate a dominant fall season for Bulldog athletes. The men’s soccer team shredded its Ivy League opponents en route to a conference title and now awaits the NCAA Tournament, boasting a No. 25 national ranking. Four players earned spots on the All-Ivy First Team, a school record; one of them, Mark Winhoffer ’21, ranks fifth in the nation in assists.

The women’s volleyball team, meanwhile, pulled off an epic five-set win over Princeton last Saturday to clinch a share of the Ivy League throne — its third straight title. Neither team lost a game at home this season.

The Bulldogs who will charge into the Yale Bowl on Saturday have not lost in New Haven, either, and they enter on a torrid streak. The Elis toppled their last four Ivy League opponents with 46, 45, 59 and 51 points, respectively, although to opposing defenses, “disrespect” seems more apt.

The offense is a multi-headed behemoth. At the helm is Kurt Rawlings ’20, who Harvard fans may remember as the upstart rookie who silenced cocky Crimson fans in his first season in 2016, leading Yale to an upset victory in Cambridge. Harvard fans may also remember Rawlings from his poised passing performance in 2017, when Yale reeled off 24 straight points against a tepid Crimson squad to polish off an Ivy League championship season.

After missing last season’s Game due to injury, Rawlings has returned to his old ways, setting Yale’s all-time passing records in yardage and touchdowns this season. A legitimate two-way threat, Rawlings also leads the team with seven rushing scores this season, racking up 252 net yards on the ground.

Wide receivers Reed Klubnik ’20 and JP Shohfi ’20, the captain, present opposing secondaries with an impossible challenge, combining for more than 200 yards per game. And the backfield duo of Zane Dudek ’21 and Alan Lamar ’20 provides head coach Tony Reno with a genuinely balanced offensive package. This Yale team has no shortage of confidence as it seeks to add a third Ivy League title to this season’s haul.

It represents, moreover, what The Game is all about for Yalies. Our accomplished squad exemplifies, however trite it sounds, the power of coming together and channeling our passions for common purposes. The meaning of The Game transcends the game. As students, faculty, alumni and the New Haven community gather on Saturday, we will fill the capacious Yale Bowl with a spirit of warmth, revelry and shared connection. The Game is more than anything else an occasion to celebrate the relationships we value most. It is one of the constants in a Yale student’s college experience around which so many memories revolve.

— Steven Rome is a sports editor for the Yale Daily News.