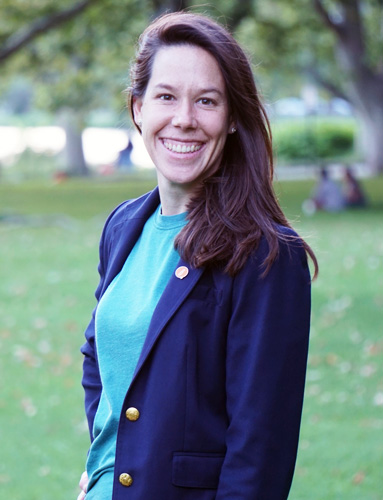 By Courtesy of Adriane Musgrave
By Haemaru Chung, Contributing Writer

Musgrave — who has lived in Cambridge for 10 years — said she will bring experience in nonprofit, corporate, and public sectors to the position. Some of her past experiences include working as a management consultant focused on innovation and serving as the executive director of Cambridge Local First, an organization that helps promote local businesses.

This is Musgrave’s second time running. Musgrave’s priorities now are “largely the same” as they were in her earlier 2017 campaign, she said.

“When you’re not housing stable, there are a slew of challenges that follow from that. Housing is the anchor for creating families’ financial stability,” she said.

One of these challenges is the racial opportunity gap, which Musgrave called “deeply entwined” with the affordable housing issue.

Musgrave said she proposes to address the issue of affordable housing through zoning reform.

“Reforming our zoning, which in many ways is restrictive and exclusionary based on race and class, is the way that we need to go,” she said.

Musgrave added that smart zoning does not require any public funding. She also said that she wants to ensure that the Cambridge city budget sets aside $20 million each year for the next five years specifically for affordable housing.

Two of Musgrave’s other priorities are transportation and climate change.

Musgrave has advocated for a protected bike lane along the entire length of Massachusetts Avenue, as well as improved access to public transportation. She was recently named a “Bike Champion” by Cambridge Bike Safety, an organization that aims to make Cambridge more bike friendly.

“The goal of our city planning, and how we want to be as a city going forward, is to allow everyone from eight to 80 to feel comfortable walking, biking, scootering throughout our community,” she said.

Musgrave also called emissions from Cambridge buildings “the biggest nut that we need to crack.” She said she wants to move Cambridge from the Stretch Code, an energy efficiency standard for buildings, to the Passive House Standard, which uses around 20 percent of the energy a standard building requires, according to Musgrave.

“This is the most energy efficient way to build a building and its been proven in other countries for a long time, even though it may seem very new and novel to us in the U.S.,” she said.

In particular, Musgrave said she hopes students will vote in the upcoming election.