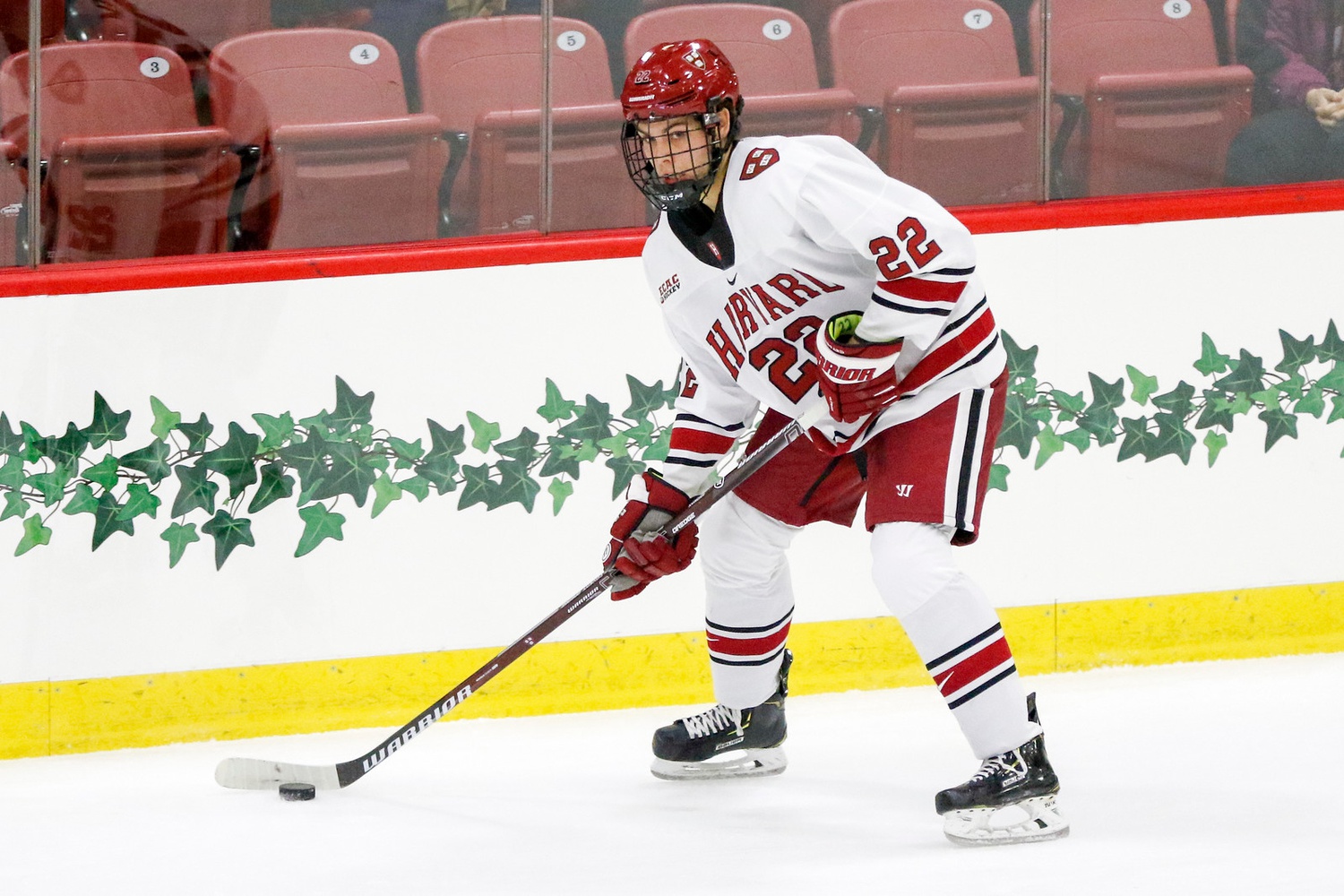 Freshman blue-liner Ryan Siedem has been tasked with a top-four role to open the Crimson's season. By Timothy R. O'Meara
By The Crimson Sports Staff

The Harvard men's hockey team hopes to complete its first four-point weekend of the young season when it welcomes Quinnipiac to its home barn on Saturday. The No. 18/15 Crimson (2-0-0, 2-0-0 ECAC) skated past Princeton, 3-0, last night and remains unbeaten. Meanwhile on Friday, the No. 15/- Bobcats battled Dartmouth to a draw and will look to return to the win column, posing Harvard's most formidable threat to date.

In two games this season, sophomore defenseman Jack Rathbone leads the Crimson in scoring with five points (2–3—5), with rookie winger Nick Abruzzese (2–2—4) and junior center Jack Badini (1–3—4) also playing a large role in the group's attack. Between the pipes, first-year Mitchell Gibson (1-0-0, 0.00 GAA, 1.000 SV%) should tend the net after posting a shutout victory in his debut on Friday evening.