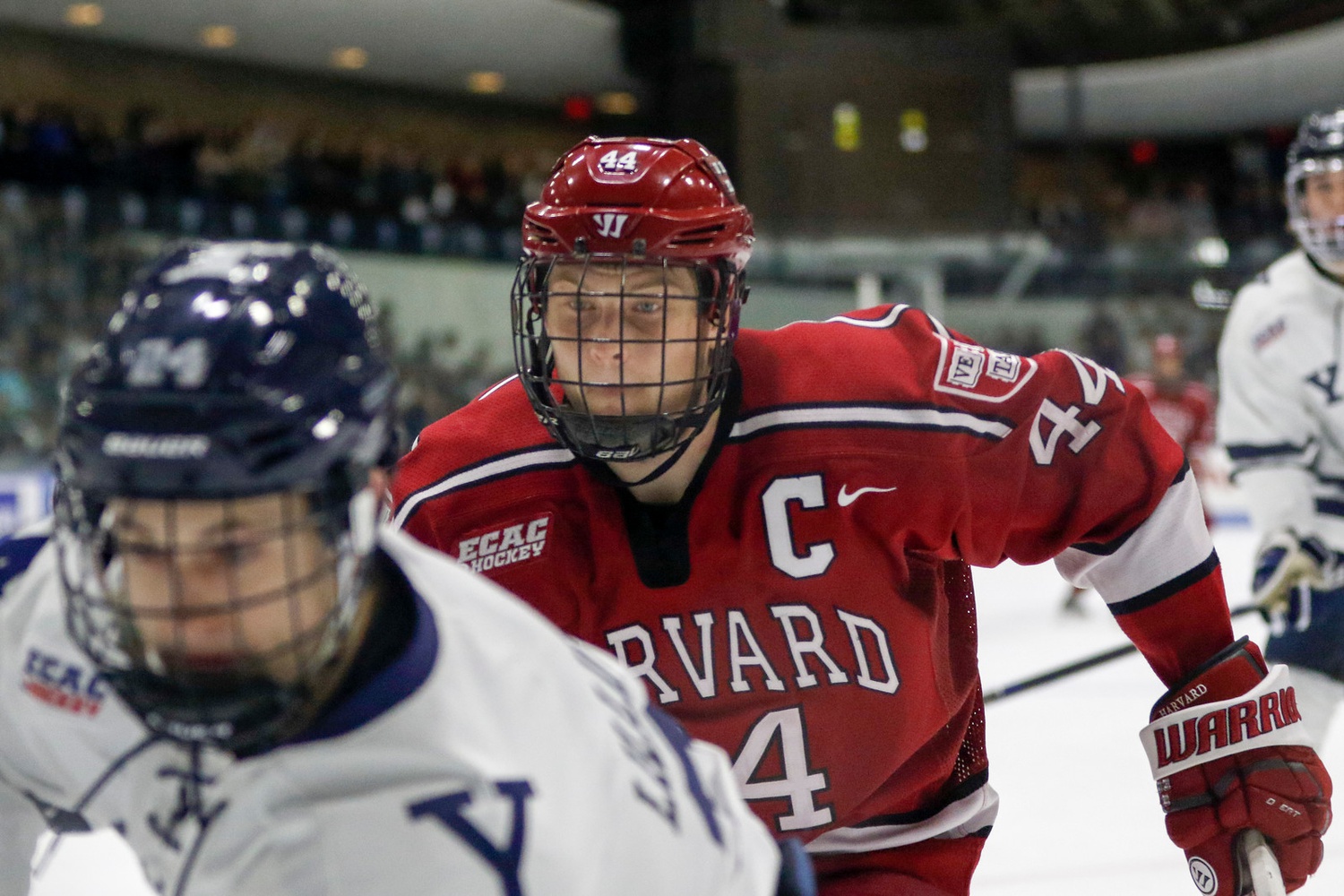 As Harvard honors its six seniors in their final regular-season game at the Bright, the Crimson and Bulldogs engage in the 260th meeting in series history. By Timothy R. O'Meara
By The Crimson Sports Staff

The Harvard men's hockey team hosts Yale on Saturday night and will celebrate the achievements of its six-man senior class after the rivalry bout. The No. 17/15 Crimson (15-8-3, 11-6-2 ECAC) is proud to boast an accomplished group of fourth-years having won 76 career games, captured the ECAC in 2017, tripped to a Frozen Four, and seized a Beanpot title.

Follow the action live from the Bright-Landry Hockey Center as two longtime adversaries battle for supremacy in their season series.